Pending before the Court is a letter motion by plaintiff Amy L. Colvin (“plaintiff”), dated April 9, 2015, in essence, objecting to an order of the Honorable Arlene R. Lindsay, United States Magistrate Judge, dated April 3, 2015, granting defendants’ motion to preclude (1) “Plaintiff’s Supplemental Discovery Demands,” dated March 9, 2015, and (2) plaintiff from calling Richardo Estrada as an expert at trial; and seeking, inter alia, a forty-five (45)-day extension of the discovery deadline. For the reasons stated herein, plaintiff’s objections are overruled and her request for an extension of the discovery deadline is denied.

[Ideally, an opinion’s first paragraph or two will set out (1) the crucial facts, (2) the issue, stated explicitly or implicitly in terms of the pertinent legal rule or requirement, and (3) an answer that includes the reasoning. All briefly summarized, of course.]

The plaintiff, Amy L. Colvin, objects to the magistrate judge’s order that effectively denies her fourth request to extend discovery and precludes her from calling an expert witness at trial. Her objections are overruled, and her request denied, because her various delays in pursuing discovery and meeting deadlines are not “excusable” under Federal Rule of Civil Procedure 6(b)(1)(B).

[Note the rule and reasoning, which are missing from the original.] 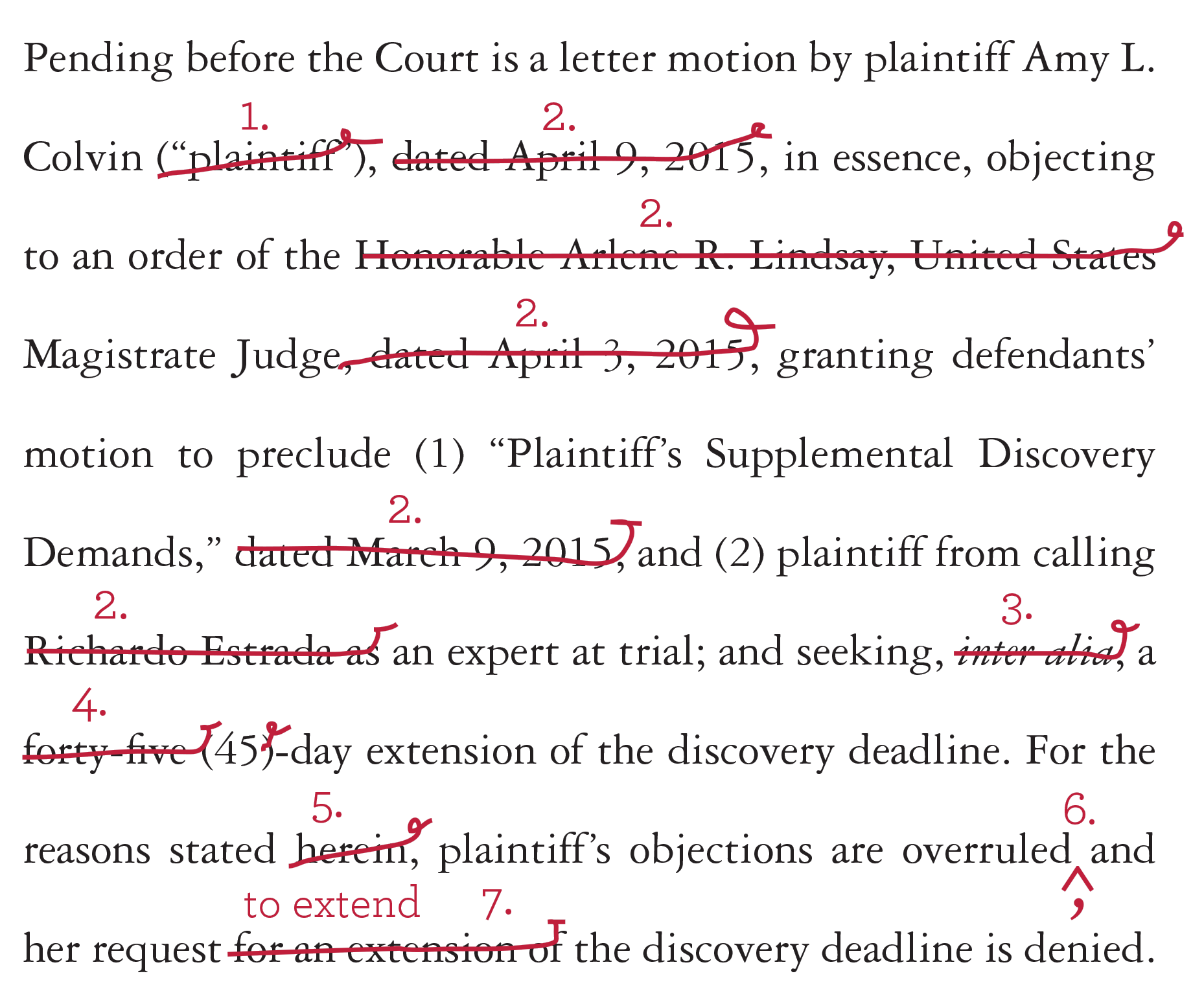