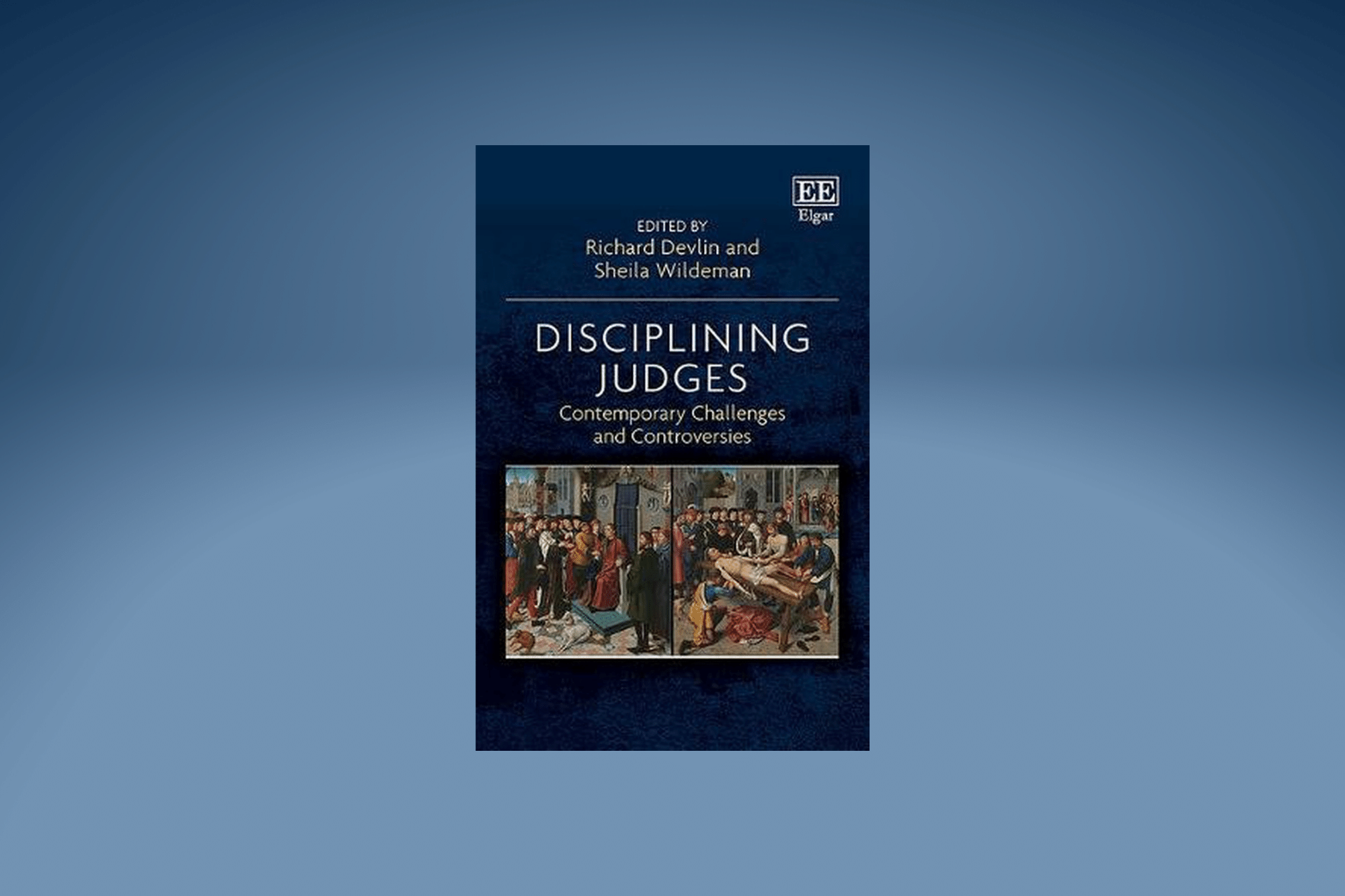 Judicial accountability is a sensitive topic because a disciplinary system may be subject to political pressure and can negatively impact judicial independence. Furthermore, because judiciaries in developed democracies tend to be of high quality and are generally trusted, the creation of a disciplinary system isn’t always a pressing task. Therefore, this topic is less explored compared to other core values of the rule of law, such as judicial independence and impartiality. Nevertheless, cases of misconduct by judges and political controversies experienced in some jurisdictions have begun to draw attention to this topic. In recent years, books on judicial discipline have emerged, with most focusing on domestic mechanisms for judicial accountability.

The chapters on these 13 jurisdictions contrast the perceived “mature democracies,” such as England and Wales; the “newly emerged democracies,” such as Poland and Croatia; and China, which has a unique ideology. See Disciplining Judges: Contemporary Challenges and Controversies (Richard Devlin & Sheila Wildeman eds., 2021). By bringing together studies on such a wide range of jurisdictions, the book demonstrates how aspects of judicial discipline become controversial in different contexts and showcases a variety of approaches to address such controversies. This arrangement fits well with one of the aims of this book as set out in the introductory chapter: to “identify and reflect upon several challenges and controversies that polities need to address in the conceptualization and construction of a defensible disciplinary regime for judges.” Id.

The contrast among the different jurisdictions highlights three issues for the reader: First, what the key values involved in the discussion imply varies from different context and, therefore, the “controversies” involved require contextual interpretation; second, lay involvement in the disciplinary process might not necessarily lead to open and fair disciplinary practice; and third, public confidence in the quality of the judiciary is an important consideration for any disciplinary structure.

Several other chapters show how a disciplinary mechanism can potentially channel and apply political pressure on judges. For example, the chapter by Aksamovic and Mišević and the chapter by Zoll and Wortham provide nuanced illustrations of the post-communist Croatian and Polish judiciaries and the political pressures they face. In Poland, in particular, the disciplinary system could possibly facilitate political interference. Akinkugbe highlights similar problems in Nigeria.

In Finder’s chapter on China, there is no mention of the term judicial independence, as it is never defined as independence from the leadership of the Communist Party. In this context, unlike other jurisdictions, “political influence” is not a problem associated with the disciplinary measures. On the contrary, as Finder notes, China’s forthcoming disciplinary framework “must incorporate and implement current Party Policy.” Id. at 78. Most Chinese judges are Party members and, therefore, are also subject to Party discipline, e.g., the disciplinary cases studied by Finder are “typical of Party disciplinary cases.” Id. at 102.

Second, lay involvement in the disciplinary process might not necessarily empower the public and lead to more openness and fairness in disciplinary practice. In some jurisdictions, the public is not allowed to participate at all. Cavallini’s chapter analyzes why complaints are disregarded in Italy. The disciplinary procedure remains an internal affair of the justice system even after reform because “justice is more [an exercise of] state power than . . . a service that responds to various important and beneficial social needs.” Id. at 203. This highlights the design of a disciplinary mechanism is also affected by how far the public is empowered to question the exercise of state power. Cavallini’s chapter provides a perspective to rethink Gee’s argument that a “responsive and consumer-oriented discipline system” is central to a well-functioning disciplinary mechanism. See Id. at 146. If the state bureaucracy is strong and the “authority” of the judiciary is prioritized before complainants, it is less likely that the state will be motivated to establish such a disciplinary system, as the state is not likely to perceive the complainants as “consumers.” Cavallini’s chapter further directs the reader’s attention to what lies behind the practice of disciplining judges: the power dynamics between the state bureaucracy and its citizens.

Le Mire and Bam’s respective chapters offer conflicting arguments on lay involvement. Le Mire suggests that an internal review system is not fair to complainants and argues that lay involvement does not undermine judicial independence. However, Bam raises concerns about lay involvement, noting that lawyers may not be motivated to file complaints against judges and anonymous complaints are not favored in practice. Bam makes a reasonable point: Lawyers and other nonjudicial individuals may worry about retaliation if they speak unfavorably about impugned judges. From this view, it seems lay involvement might not accomplish all the policymakers expect, as opportunities for “participating” in the disciplinary process might not actually motivate or empower those who might make claims of abuse of power. Corder and Solik’s chapter considers another matter: South Africa has established a transparent procedure on paper but does not implement one in practice, though the reasons for this discrepancy between paper and practice are not made clear here.

Lay involvement might be more controversial in China, although this is not discussed by Finder. Chinese judges are concerned with the pressure of public opinion, while “democratic values,” frequently interpreted as the public’s involvement in the justice system, are emphasized in the state ideology. These varying ideological norms for public participation in government processes complicate any consideration of the public’s involvement in the disciplinary procedure.

Third, the construction of a disciplinary system happens in the shadow of public perception of the judiciary as the disciplinary mechanism aims to maintain public confidence. The high-quality and generally trusted judiciaries of Australia, England and Wales, and Canada have not prioritized using disciplinary mechanisms to maintain public confidence. The Croatian judiciary is not trusted to be independent and competent. In Nigeria, allegations of corruption against judges are common, requiring a disciplinary system to tackle this problem. Under such sensitive circumstances, transparency and publicly accessible information regarding the disciplinary process and individual cases are crucial to reducing suspicion that corrupt judges are being shielded.

The range in the quality of the judiciaries examined raises another question: Why is judicial misconduct not a widespread problem in some jurisdictions, e.g., Canada, England and Wales, and Japan, but a more pressing concern in other jurisdictions, e.g., Nigeria and India? Disciplinary systems are not the only answer to the pressing task of ensuring judicial competence and ethical standards in these jurisdictions. This is not discussed in detail in this collection, though Cravens’ chapter might offer one possible answer as it highlights the elite educational and training background typically required for judges in Japan. However, whether training and professional stature alone explain ethical behavior is debatable; the Indian and Nigerian judiciaries also hold elite roles in their hierarchical societies, but both systems still face severe corruption problems.

Another interesting and important issue is raised briefly by Finder’s chapter: judges’ own reflections on disciplinary mechanisms. Finder expresses concern at the disproportionate stress brought not only by the lifetime responsibility of their job but also by the ambiguities of disciplinary rules and the risk that even an unwitting violation may force a judge to leave the profession. How to minimize undue stress, therefore, may be an issue to consider when designing a disciplinary mechanism and is worth future study. Furthermore, it might be worth examining whether judges’ attitudes towards the disciplinary framework affect the disciplinary practice and even the way judges do their work. These issues are likely of relevance across other jurisdictions.

Overall, this collection contributes to the challenging task of addressing judicial accountability in two main respects. First, it goes beyond the conventional question of “who judges the judges” and instead takes a more constructive and feasible approach: “how to judge the judges.” The topic is carefully considered in the contextual research presented in this collection, such as whether the disciplinary process should be internally handled within the judiciary and what motivates or triggers disciplinary processes. Second, it addresses the various controversies concerning judicial discipline across jurisdictions with differing legal and political traditions. The contrasts between these jurisdictions, articulated particularly by case studies, provides nuanced contextual reflections not only on accountability but also on judicial independence beyond the conventional approach. Therefore, this collection provides not only valuable findings on disciplinary mechanisms but also a lens through which to rethink the role of the judiciary for public law researchers and policymakers.

May We Suggest: Protecting Fair and Impartial Courts: Reflections on Judicial Independence 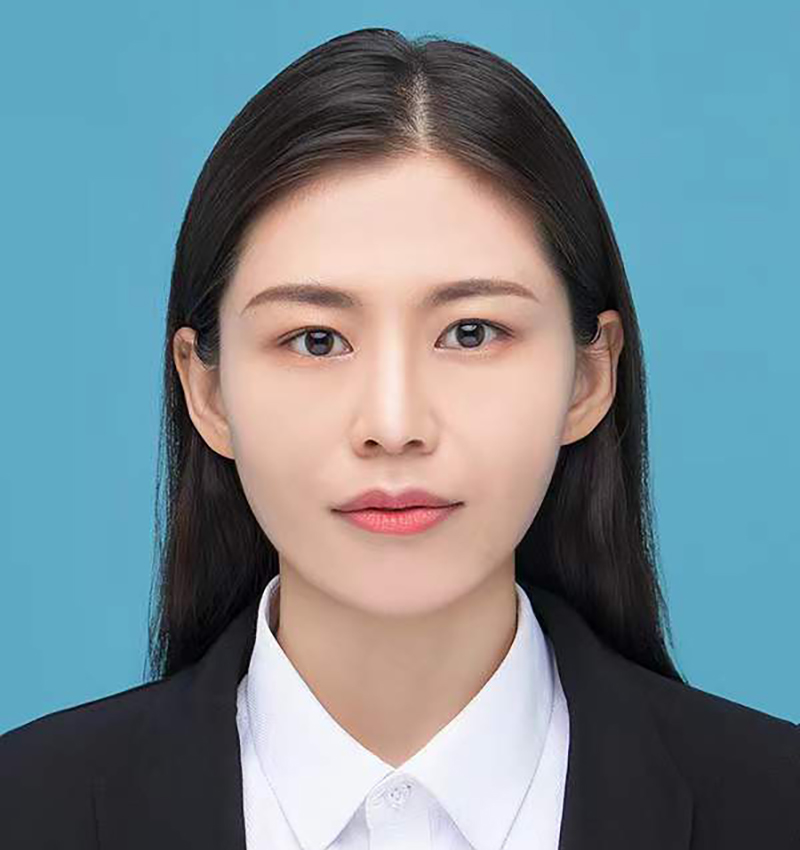 Dr. Zhuozhen Duan is a lecturer at Dalian Maritime University located in in Dalian, Liaoning, China.