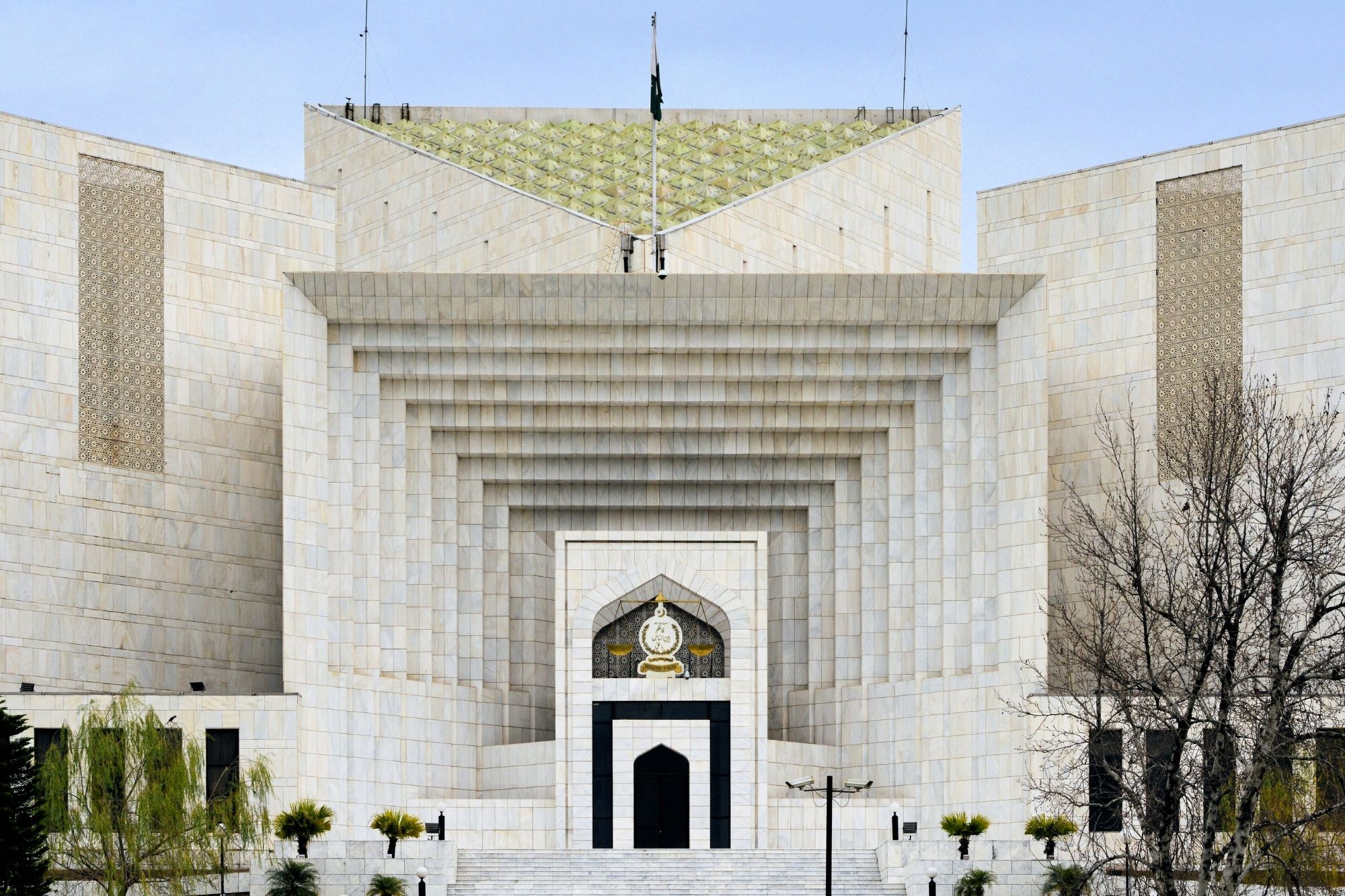 PICTURED ABOVE: EXTERIOR OF THE SUPREME COURT OF PAKISTAN (GETTY IMAGES SIGNATURE)

Two Justices of the United Kingdom have withdrawn from Hong Kong’s final court of appeal, citing the current administration’s continued human rights violations (theguardian.com). “I have concluded, in agreement with the government, that the judges of the supreme court cannot continue to sit in Hong Kong without appearing to endorse an administration which has departed from values of political freedom, and freedom of expression, to which the justices of the supreme court are deeply committed,” said Lord Reed, president of the UK supreme court, in a statement (supremecourt.uk).

EU Justice Commissioner Didier Reynders stressed the importance of holding Hungary accountable for upholding the EU’s rule-of-law standards (hungarytoday.hu), even given the tense international context. Reynders said that even with the re-election of President Viktor Orban in April, rule-of-law standards still matter. “The rule of law is also a limit for the majority. It means acting in full respect of other values enshrined in EU treaties and national constitutions,” he said.

In an op-ed (dailypioneer.com), Professor Satya Narayan Misra of the KIIT School of Law in Bhubaneswar, India, traces “the judgment that transformed India.” In the summer of 1976, the Supreme Court of India in ADM Jabalpur v. Shivkant Shukla ruled on the constitutionality of the Emergency Order, which suspended habeas corpus. The majority opinion sided with the Indira Gandhi government’s order, with only one dissent, written by Justice H.R. Khanna. It was this dissent, Professor Misra explains, that laid the groundwork for future human rights protections and India’s version of judicial review.

The Pakistan Supreme Court unanimously ruled that Prime Minister Imran Khan’s attempt to dissolve parliament following a no-confidence vote was unconstitutional (reuters.com). The ruling is seen as a victory for judicial independence.

EU officials worry that the campaign to hold Poland accountable for its rule-of-law violations is stalling due to the war in Ukraine. Judge Dariusz Mazur warned EU commission officials in Brussels (politico.eu) that Poland would use the war as a “smokescreen” to cover over the “final assassination of the rule of law in Poland.” Also in Brussels, Polish judges were present for a special screening of a new documentary Judges Under Pressure (idfa.nl). The documentary traces the effort of Poland’s ruling conservative Law and Justice party (PiS) to oust judges whose rulings go against the party.

Following the installation of Chief Justice Raymond Zondo of the Constitutional Court of South Africa, the Judicial Service Commission (JSC) will begin vetting candidates (businesslive.co.za) for 23 open Superior Court positions in South Africa. The selection committee will be chaired by Justice Zondo and Judge Mandisa Maya, who was nominated by President Cyril Ramaphosa (mg.co.za) as the next Deputy Chief Justice of South Africa. The JSC was reconfigured following highly problematic judicial selection interviews in 2021.

In an op-ed, Professor Ruti Teitel of New York Law School explains the various court forums where Russia could be tried for its invasion of Ukraine. “What trials could do is underscore individual responsibility for brutality in war — contributing to the road to peace,” she writes (cnn.com).

The New Yorker published a profile (newyorker.com) of Judge Ivan Mishchenko, a Ukrainian Supreme Court judge, who joined civilian resistance to the Russian invasion. Judge Mishchenko described the democratization of Ukraine over the last 8 years, and that he hopes to return to the bench following the war. ”

Chief Judge Timothy M. Tymkovich of the U.S. Court of Appeals for the 10th Circuit spoke to the Colorado Gazette (gazette.com) about his three visits to Ukraine as part of USAID’s Rule of Law program, established in 1993. Judge Tymkovich said the country had made significant progress in strengthening the independence of its courts, and hopes for the opportunity to return one day. “I don’t think some of the important elements of a functioning judiciary are a mystery. It’s more of the implementation,” he said. “The judges I was working with were the ones dedicated to moving to this model.”