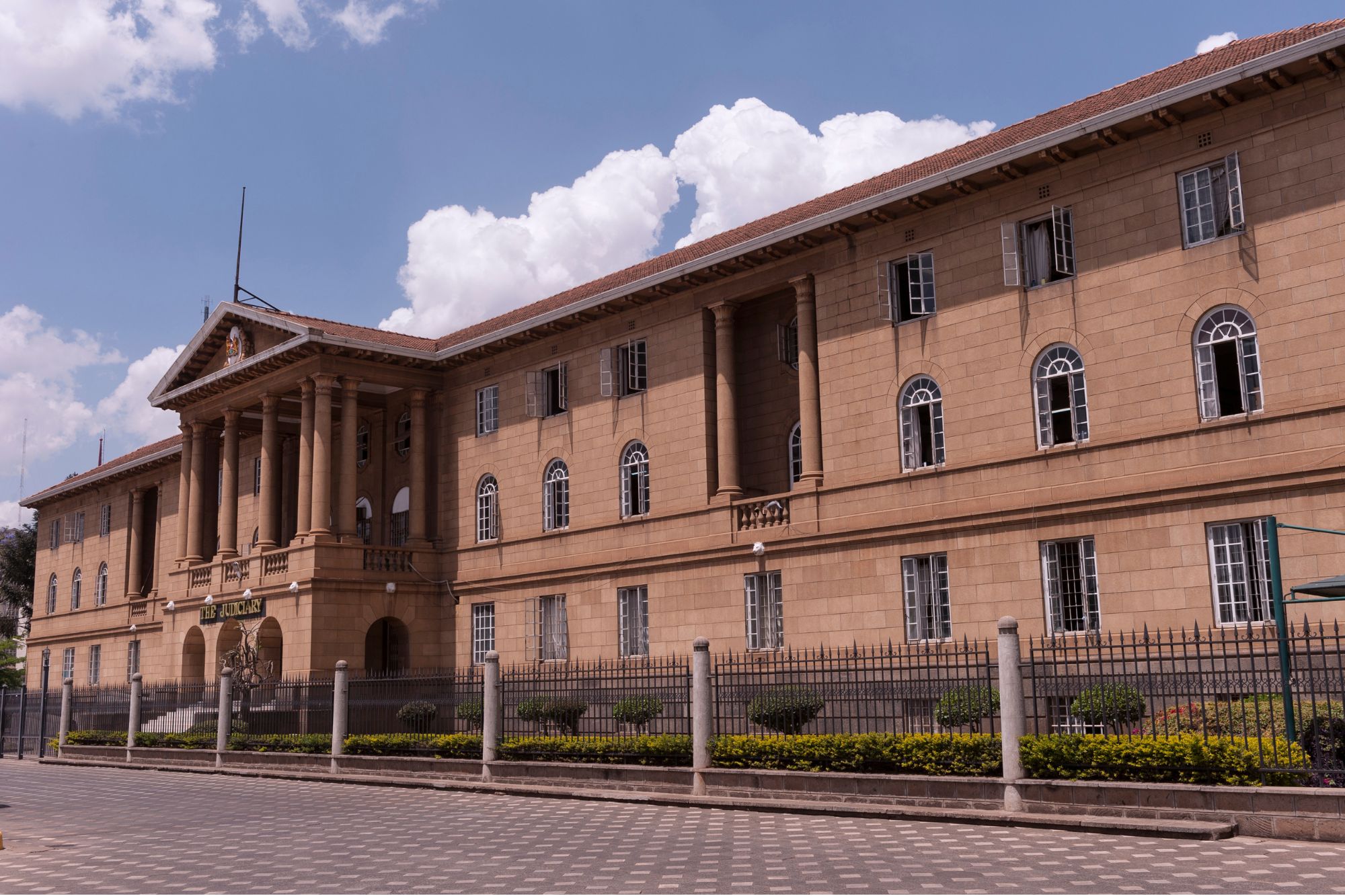 PICTURED ABOVE: MAIN GATE AT THE SUPREME COURT OF KENYA (GETTY IMAGES SIGNATURE)

Kiribati’s Court of Appeal upheld orders from the chief justice to withdraw deportation orders placed on an Australian-born judge serving in Kiribati, David Lambourne, as a constitutional crisis in the small Pacific island nation deepens. Upholding a ruling described by the government’s lawyer as a “judicial coup” intended to “reduce the power” of the government, Kiribati’s Court of Appeal, composed of three New Zealand judges, said the “attempt to characterise the behaviour of the two High Court judges as fraudulent in relation to the proceedings is quite hopeless and we reject it.” The government has been attempting to remove Lambourne, whose wife is the opposition leader in Kiribati, for more than two years. Kiribati’s actions have drawn international disapproval from the Commonwealth Magistrate’s and Judges Association, the Lawyers Association, the Legal Education Lawyers’ Association, and the Australian Law Council. (stuff.co.nz)

The American Bar Association (ABA) has launched a new task force to address major legal issues and developments impacting the judiciary in the U.S. The Law, Society and the Judiciary Task Force will identify and recommend ways to educate the public on the role of the courts and the importance of judicial independence for the protection of individual rights and government institutions. (globallegalpost.com)

Four organizations representing European judges filed a lawsuit against the Council of the EU over its decision to approve Poland’s coronavirus recovery plan amid continuing rule-of-law concerns. Poland’s access to financial aid had been blocked due to a dispute over judicial independence. In June, the European Commission approved Poland’s recovery plan, which was contingent on a set of “milestones,” including restructuring a controversial disciplinary regime for judges. The European judges’ associations argue that approval of the Warsaw’s Recovery and Resilience Plan disregards judgments from the Court of Justice of the EU and harms both Polish judges and the European judiciary system. (politico.eu, reuters.com)

In a State-of-the-Nation address, President Kassym-Jomart Tokayev stressed the need to increase judicial independence, proposed equalizing the status of all judges, and electing Supreme Court judges through the Senate. Tokayev suggested equalizing the status of all judges to eliminate their dependency on superior colleagues and introducing a procedure, which would allow judges to independently choose candidates for the positions of court and judicial board chairpersons. (astanatimes.com)

In a unanimous ruling, Kenya’s Supreme Court upheld the election of former Deputy President William Ruto as president following an appeal by his closest challenger, Raila Odinga. On Aug. 15, the Independent Electoral and Boundaries Commission (IEBC) had declared Ruto the winner with 50.4 percent of the vote to Odinga’s 48.8 percent, but just before the results were announced, four of the seven commissioners disowned the result. The Supreme Court, however, said the commissioners provided no evidence that the election was compromised. Ruto was sworn in as president on Sept. 13. (Aljazeera.com, reuters.com)

Malaysia’s top court unanimously upheld Malaysian ex-Prime Minister Najib Razak’s conviction and 12-year prison sentence, in a case linked to the multi-billion-dollar scandal at the 1Malaysia Development Berhad (1MDB) state investment fund. Opposition leaders, activists, and many citizens hailed the court’s swift ruling, calling it proof of judicial independence in the country and a victory for Malaysians who voted in 2018 to oust his government. (Aljazeera.com)

Csaba Vasvári, a senior judge at the Budapest metropolitan court and spokesperson for the National Judicial Council, claims that Viktor Orbán’s government is “constantly overreaching” its authority to sway the courts. Following the freeze on EU funds over concerns about judicial independence, Vasvári’s warning of the government’s assault on judicial checks and balances has deepened alarm about the rule of law in Hungary. (theguardian.com)

A Tunisian administrative court suspended the dismissal of 50 judges who were fired by President Kais Saied in June, underscoring the continued independence of courts despite Saied’s moves to assume wider authority over the judiciary. The Tunisian Judges’ Association stated that Saied’s accusations of “adultery” and charges of corruption against the judges were mostly politically motivated. (reuters.com)

Judges went on strike in late August to protest low salaries and threats to judicial independence as talks with political leaders failed to resolve complaints. Judicial salaries have plummeted during the country’s economic crisis, and judges say judicial facilities now lack electricity and water, functioning elevators, and basic office supplies. Judges say it’s part of an attempt to subject them to the “desires of the ruling class and fabricate files against them.” The State Shura Council said the circumstances “might affect the ability of judges to perform their function normally in a way that ensures the continuity of work in this vital facility.” (arabnews.com)

Judges went on strike to protest the Aug. 31 killing of a Supreme Court judge in the Houthi-held region of Sanaa in August. Gunmen abducted and killed 63-year-old Judge Mohamed Homran near his home in Sanaa. The government’s information minister, Moammar al-Eryany, called the killing the latest episode in the Houthis’ “systematic” transgressions against members of the judiciary. Ministry spokesman Brig. Gen Abdel Khaleq al-Ajry said that authorities had arrested the assailants and will prosecute them. (arabnews.com)

The Presidential Leadership Council in Yemen appointed Judge Sabah al-Alwani as the first woman in the Supreme Judicial Council, the highest judicial authority in the country. The decision was highly praised by Yemeni female activists who saw the appointment as a fair representation for females in the judiciary, which men have monopolized for decades. (English.aawsat.com)

The September 2022 Global Judicial News Report was written by Anna McFarlane, a Duke undergraduate assistant at the Bolch Judicial Institute. McFarlane is studying Political Science and Policy Journalism, with a concentration in Security, Peace, and Conflict.