Our writing guru, Joseph Kimble, simplifies and adds punch with some fairly quick fixes. He notes: The opinion deals with Defendant’s motion to quash Plaintiff’s notice of deposition. Before the excerpt below, the opinion had already set out the date of Plaintiff’s medical treatment, May 31, 2016, and explained that she alleged unlawful billing practices by Mercy Hospitals and its billing company, MRA. The judge ultimately limited discovery to matters that occurred after Mercy hired MRA. The various items on the left — four of which are omitted to save space — cry out for a list. Bullets work nicely when the items have no rank order. As for the dates, they seriously distract.

Plaintiff served her Rule 30(b)(6) notice on April 24, 2017. . . . The 30 topics listed in the notice relate to: Mercy’s policies and procedures for billing auto insurance medical payments coverage, asserting medical liens, and obtaining patient consent (known as “Consent and Agreement” forms) for patients with health insurance during the periods of December 13, 2013 (the date on which Mercy hired MRA) to the present, and for the three-year period prior to December 17, 2013; Mercy’s billing for Plaintiff’s medical treatment on May 31, 2016; negotiations between MRA and Mercy prior to December 13, 2013; . . . [four items omitted]; and complaints received by Mercy during the period of December 17, 2013 to May 31, 2016 regarding the billing practices described above.

Hoops served her Rule 30(b)(6) notice a month ago. It lists 30 topics related to the following: 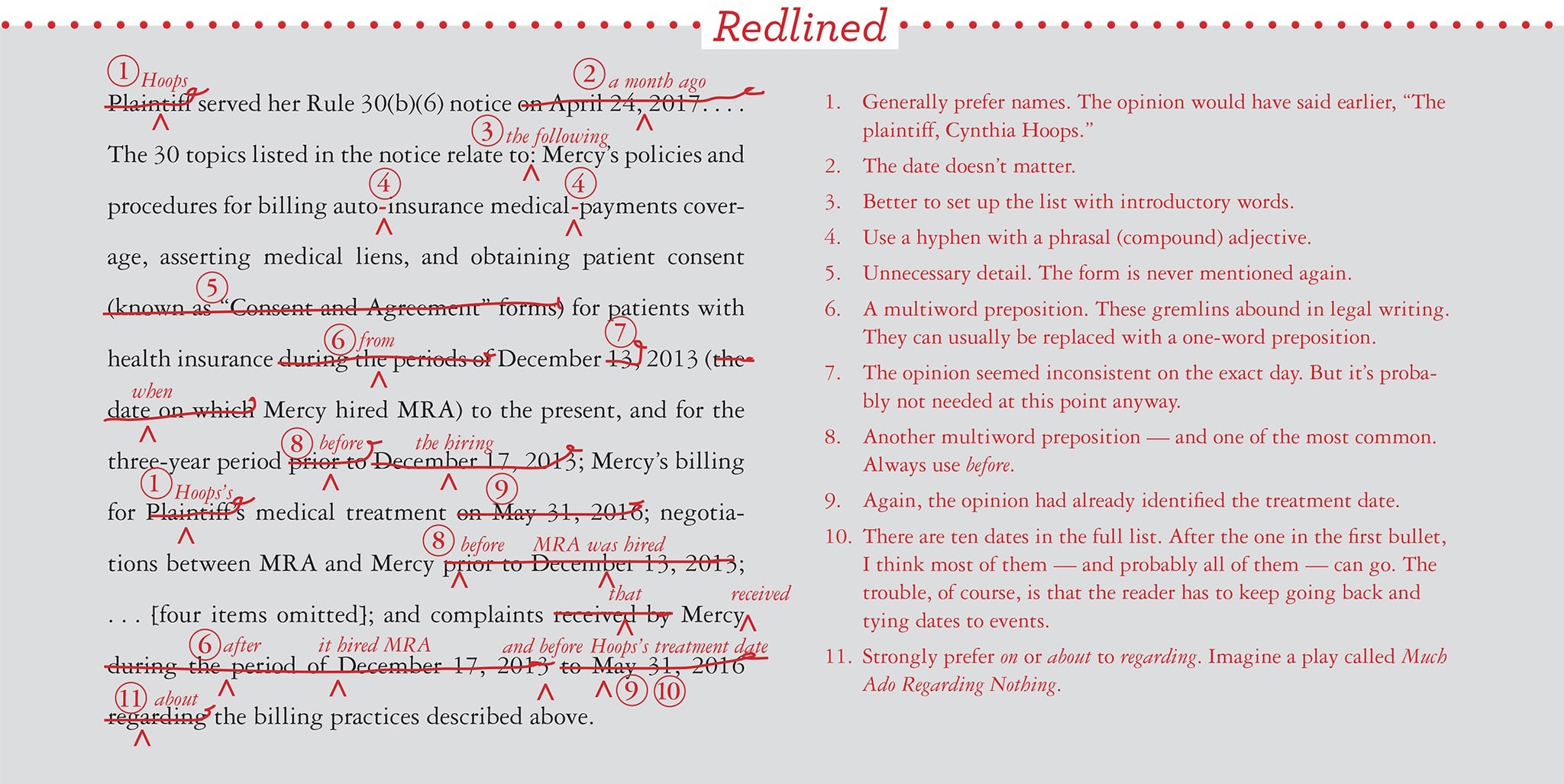 Joseph Kimble is an emeritus professor at WMU–Cooley Law School. He is senior editor of The Scribes Journal of Legal Writing, the editor of the Plain Language column in the Michigan Bar Journal, and the author of three books and many articles on legal writing (not to mention a children’s book). He served as drafting consultant on the projects to restyle the Federal Rules of Civil Procedure and Federal Rules of Evidence. Follow him on Twitter @ProfJoeKimble.