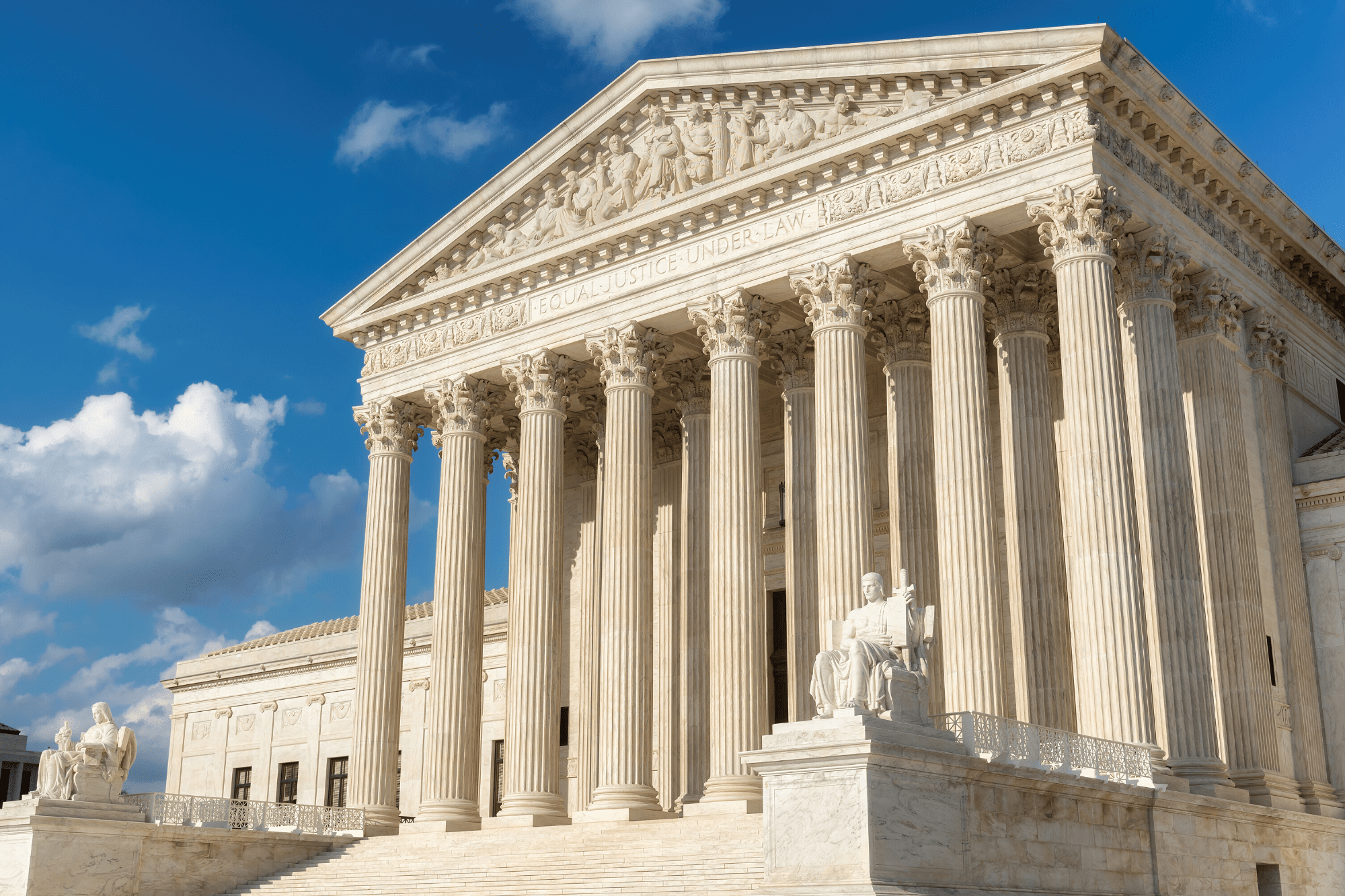 Justice Neil Gorsuch began his first full term on the Supreme Court this past October, with court-watchers anticipating which cases the Supreme Court will take and how Justice Gorsuch will affect the judicial balance. Of the 48 cases pending on the docket at the time of this publication, these seven are of particular importance to the nation and its businesses.

At issue in Oil States Energy Services is the constitutionality of the United States Patent and Trademark Office’s interpartes review process, which was created by the 2011 America Invents Act. Back in 2012, Oil States asserted infringement against Greene’s Energy Group related to a patent for an oilfield pumping tool. Greene’s responded by petitioning the USPTO for an inter-partes review proceeding. Ultimately, the USPTO invalidated the patent. Oil States appealed, arguing that invalidation by a government agency violates Article III of the U.S. Constitution and the Seventh Amendment right to a jury trial. The Federal Circuit rejected that argument without a written opinion. Previously, in MCM Portfolio LLC v. Hewlett-Packard Co., 812 F.3d 1284 (Fed. Cir. 2015), cert. denied, 137 S. Ct. 292 (2016), the Federal Circuit had addressed the same question and held that IPR proceedings do not violate the Constitution. How the Supreme Court resolves the case is likely to turn on whether patent grants are viewed as private or public property rights — and whether or not a Seventh Amendment right to an Article III jury trial attaches. At oral argument in November, the justices’ questioning appeared to signal that the inter-partes review process would be upheld as constitutional.

Murphy Oil deals with the intersection of two longstanding federal laws. On one hand, the National Labor Relations Act protects employees who unionize or otherwise engage in concerted activities to negotiate with management. On the other, the Federal Arbitration Act rigorously enforces contractual agreements to arbitrate disputes. At the intersection of the two statutes is the question presented: Can an employment agreement contain an arbitration clause that forbids employees from collectively asserting labor disputes? The employees argue that arbitration agreements are just contracts, and contracts barring employees from pursuing joint action have long been held invalid. The employers, by contrast, rely heavily on the FAA’s provision that arbitration agreements are “unequivocal” and “must be enforced” absent a contrary statute, and where the NLRA does not expressly provide that its provisions override arbitration agreements, the arbitration agreements must be enforced. Adding interest, the U.S. solicitor general’s office has switched sides in this dispute — under the Obama Administration, the office petitioned for certiorari on behalf of the NLRB, and under the Trump Administration it now argues in support of the employers. Oral arguments were held on the first day of the new term, Oct. 2, and revealed a Court sharply divided between the two statutes. The addition of Justice Gorsuch to the Court may tip the result to a narrow victory in favor of arbitration.

Decades ago, in Abood v. Detroit Board of Education, 431 U.S. 209 (1977), the Supreme Court held that public sector employees could be required to pay public union fees (known as an “agency shop” arrangement), just as federal law permitted private unions to require private sector employees to pay union fees. The point of the fees is to recover the costs of “collective bargaining, contract administration, and grievance adjustment purposes.” In recent years, Abood’s holding has been under attack by employees who wish to avoid the fees, and who view mandated support of public unions as compelled speech in violation of the First Amendment. Twice in the last five years, the Supreme Court has had an opportunity to overturn Abood, but has not done so. In the first instance, five justices suggested that they would be willing to overturn Abood, but ultimately avoided the issue by concluding the home health aides who brought the suit were private, not public, employees. In the second instance, after oral argument, Justice Antonin Scalia passed away, with the decision later announced as a 4–4 deadlock. With Justice Gorsuch’s appointment, there may now be the fifth vote to overturn Abood. The result would likely impact the financing and effectiveness of public sector unions.

The internet operates on a worldwide scale — and the servers that house the internet’s operation are scattered across the globe. For years, questions have been brewing about the extraterritorial enforcement of United States law as relates to global internet infrastructure. One area of dispute has been 18 U.S.C. § 2703, the provision of the 1986 Stored Communications Act, which requires the federal government to obtain a warrant before accessing certain stored electronic content. Here, the government sought information stored on Microsoft’s servers in Ireland. The Southern District of New York permitted the warrant, but a panel of the Second Circuit reversed, holding that the SCA could not reach data stored abroad. The government petitioned for en banc review, but an evenly divided Second Circuit declined to overturn the panel opinion. This case is likely to have far-ranging effects on the application of United States law to the global internet.

At the end of the last term, the intense national debate over President Donald Trump’s “travel ban” cases had already found its way to the Supreme Court. Silicon Valley, Fortune 500 companies, and major universities filed amicus briefs opposing the travel ban, citing their employment of and reliance on nationals from the affected countries. In a June stay order, the Supreme Court allowed limited parts of the ban to go into effect — namely, for foreign nationals who lacked a preexisting bona fide connection to the United States. The Court separately granted certiorari on multiple questions related to the President’s executive power, the scope of the injunction, whether the injunction violated the Establishment Clause, and whether the temporary nature of the travel ban would render it moot by the time argument was heard. In late September, the Supreme Court took the scheduled October argument offcalendar and ordered supplemental briefing due to President Trump’s signing of a new Executive Order, which constituted the third iteration of the travel ban. Following that briefing, the Supreme Court dismissed one of the two pending “travel ban” cases as moot, and it is expected the Court will dismiss the second as moot shortly. Litigation over the third instantiation of the travel ban is proceeding in district and circuit courts. Notably, on Dec. 4, 2017, the Supreme Court stayed the preliminary injunctions barring implementation of the third travel ban, pending the Ninth Circuit and Fourth Circuit’s consideration of the merits, and the consideration of any subsequent cert petitions. Whether the Supreme Court will take up the question of its constitutionality at a later point remains to be seen.