Distinguishing Between Reliable and Unreliable Eyewitnesses 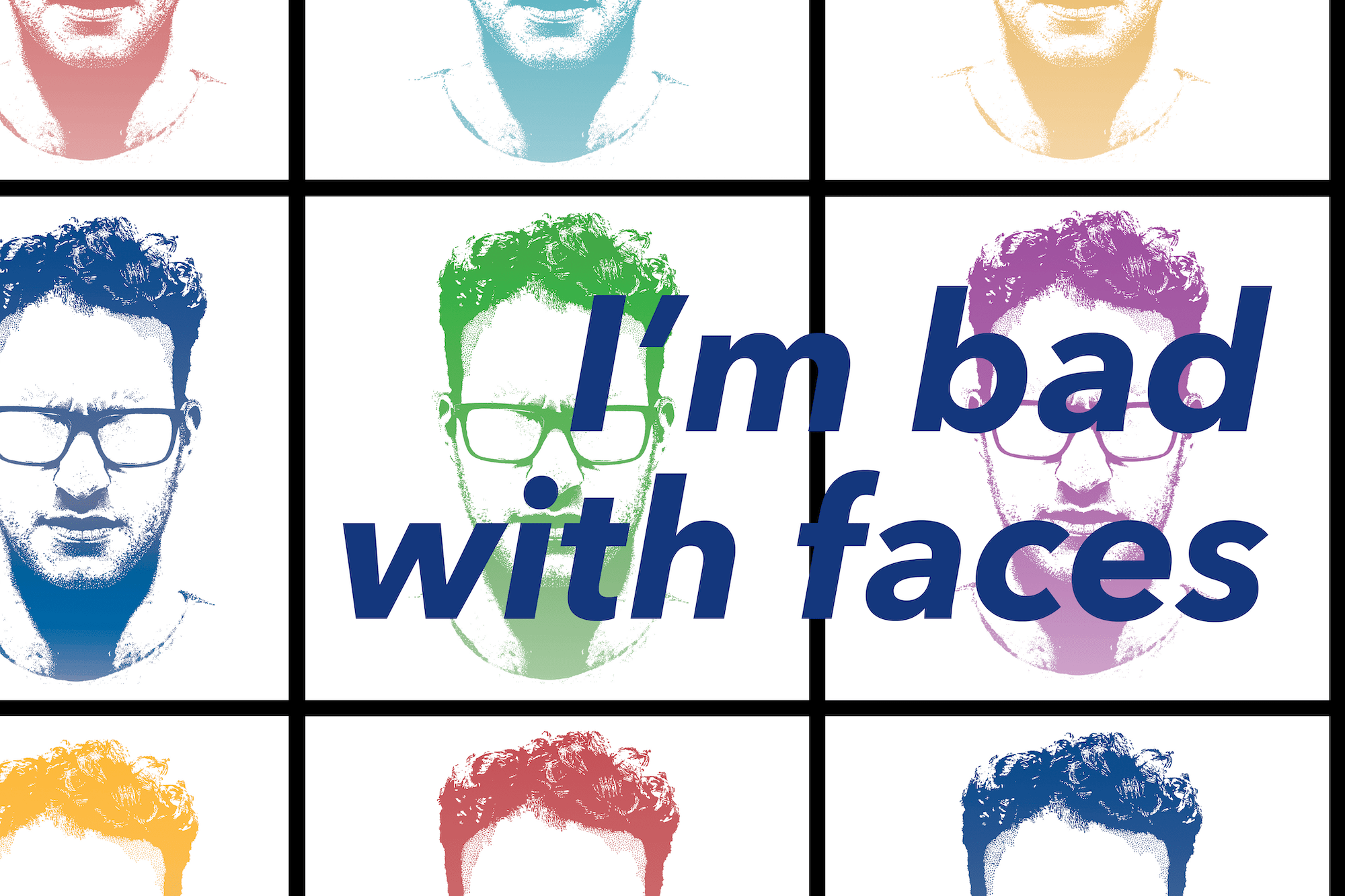 Increasing research shows that eyewitness confidence at the time of the initial identification can be a strong predictor of accuracy under appropriate lineup identification conditions.1 In such conditions, police show an eyewitness a lineup of faces that consists of a single suspect who does not stand out (i.e., a fair lineup). In addition, the police officer administering the lineup should not know which face in the lineup is the suspect, and the officer should inform the eyewitness that the suspect may or may not be in the lineup. Under these lineup identification conditions, highly confident eyewitnesses tend to be more accurate than unsure eyewitnesses. This strong confidence-accuracy relationship has been documented in many laboratory studies using a variety of stimuli. Moreover, a field-based study shows that eyewitness confidence in an identification has great predictive value for identifying a suspect.2

Although confidence can be a strong predictor of accuracy, it does not tell the whole story: Eyewitnesses can, of course, make high-confidence misidentifications. At least three factors systematically influence the accuracy of an eyewitness’s identification, even when that identification is made by a highly confident witness.

Factor 1: How long does it take an eyewitness to identify a suspect from a lineup?

The time that elapses — from when an eyewitness is shown the lineup to when the witness makes a decision by either correctly identifying the culprit or incorrectly identifying a foil — is strongly related to identification accuracy. Lineup identifications are more likely to be correct when the identification decision is made quickly.3 For example, in a 2009 experiment by Melanie Sauerland and Siegfried Sporer, a target individual asked a participant for directions during an interaction that lasted between 15 and 60 seconds. A short while later, the participant attempted to identify the target individual from a lineup that either contained him (target-present lineup) or not (target-absent lineup). When participants chose someone from a lineup, they were nearly twice as accurate at identifying the target when their decision occurred within six seconds (72 percent accuracy) than when it took longer than six seconds (36 percent accuracy).

The combination of confidence and identification speed is an even more powerful predictor of accuracy. The same study found that participants were over 96 percent accurate at identifying the target when their identifications were both fast and highly confident. 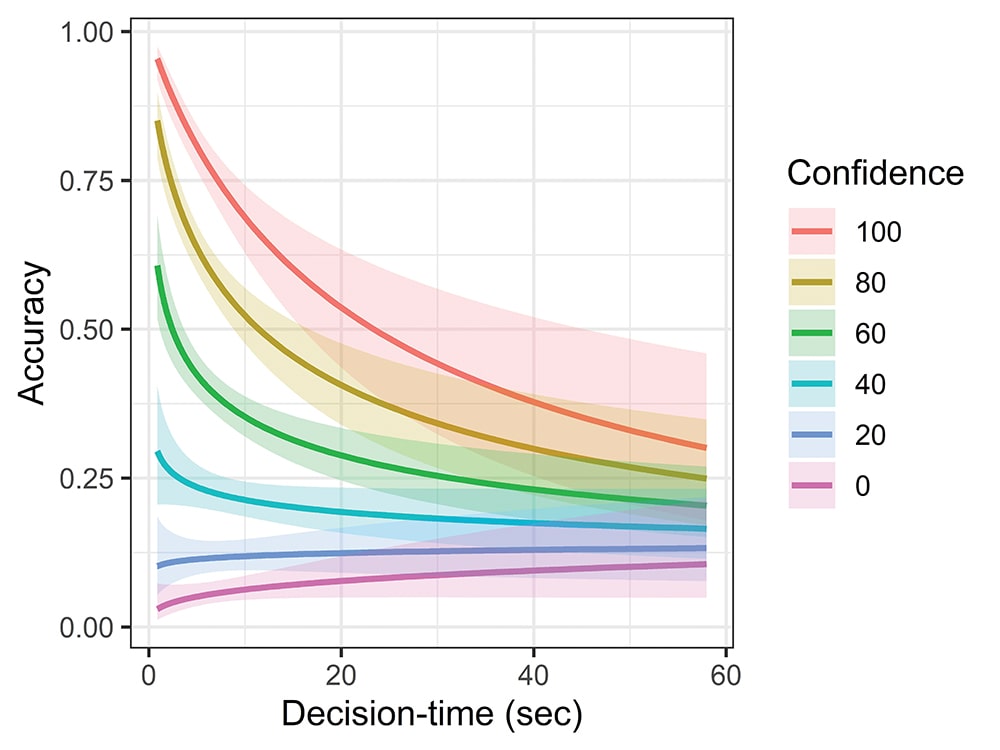 The combination of an eyewitness’s level of confidence and how long it takes to make an identification appears to be a powerful predictor of accuracy — with the combination more powerful than either confidence level or decision time by itself.

Factor 2: How well does an eyewitness generally recognize faces?

Identification accuracy is related to an eyewitness’s ability to recognize faces. Many of us have had the embarrassing experience of either mistaking a stranger for an acquaintance or failing to recognize someone we just met the day before. Face-recognition ability varies greatly from person to person — from super-recognizers to individuals who are face-blind.5 The Cambridge Face Memory Test (CFMT)6 is likely the most widely used test of face recognition ability because it is highly reliable psychometrically7 and is well-validated.8 The CFMT involves memorizing six unfamiliar faces that are presented in different orientations. Over the course of 72 progressively more difficult trials, participants attempt to recognize the correct face from three similar-looking alternative faces. The overall sum of correct responses on this task is a highly reliable measure of face-recognition ability.9 A 2012 study administered the CFMT to more than 40,000 individuals ranging from ages 10 to 70. It found extensive variability across individuals and also noted that face-recognition performance peaks at around the age of 30.10

Factor 3: How does face-recognition ability affect the relationship between identification accuracy and confidence?

Are high-confidence identifications more accurate when they are made by stronger rather than weaker face-recognizers? This is a question that my lab has been examining for the past few years. In 2019, we initially showed participants a series of photos of faces.14 After a delay, participants were shown lineups that either contained or did not contain a mugshot of a previously seen individual — the mugshot was a different photo of the person seen earlier in the first series of faces. The participant’s task was either to identify one of the faces in the lineup as one he or she saw earlier or to respond “Not Present.” What was particularly novel in this study is that after responding to the lineups, participants completed the CFMT to measure their face-recognition ability. 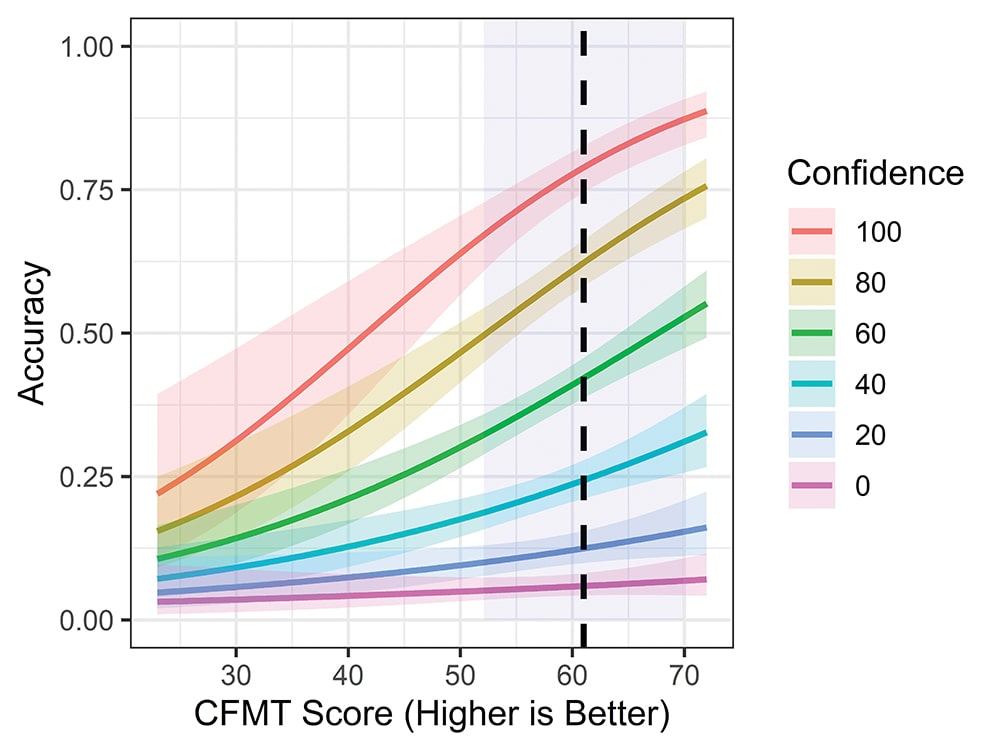 One critical and unanswered question is whether these findings will hold in more realistic settings. Initial results suggest the answer is yes — when participants are shown a video of a mock robbery, there are similar patterns on the subsequent lineup identification test: Poor face-recognizers are more likely than strong face-recognizers to make high-confidence misidentifications. Our current and future research investigates how face-recognition ability moderates the relationship between confidence and lineup identification accuracy in different forensically relevant situations.