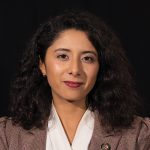 Judge Linda Hidalgo of Harris County, Texas, is a 2021 recipient of the John F. Kennedy New Frontier Award. The award honors Americans under 40 who are changing the country through public service. President Kennedy’s grandson Jack Schlossberg announced this year’s recipients, saying Judge Hidalgo “boldly” led throughout the pandemic by “implementing important health measures before they were popular, or even acceptable.” Read More»

The Hampden County Bar Association of Springfield, Mass., presented the John Greaney Award to Springfield District Court Judge John Payne. The award is named after a former associate justice of the Massachusetts Supreme Judicial Court and is presented each year on Law Day to an attorney and a non-attorney working in Hampden County who are deemed outstanding citizens of the local law community. Read More»

The school system in Polk County, Georgia, honored the legacy of a late Georgia judge who spent more than 50 years on the bench. In April, plaques honoring the memory of Judge Dan Peace Winn and the Winn 3 Charitable Fund — a charitable fund created by Judge Winn to honor his parents — were placed on the judicial benches in the public safety classrooms at Cedartown High School. The Winn 3 Charitable Fund awards annual scholarships to local students and offers grants to area schools. Read More» 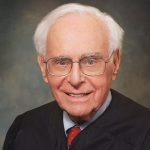 The Jewish Bar Association of Michigan honored retired U.S. District Judge Avern Cohn with its first Lifetime Achievement Award. Judge Cohn served on the U.S. District Court for the Eastern District of Michigan from 1979 to 2019. When he was appointed by President Jimmy Carter, he was the only Jewish judge on that court. “I grew up at a time when a Jewish federal judge was an important symbol to the total Jewish community,” Cohn said in a 2004 interview. Judge Cohn graduated in 1949 from the University of Michigan Law School and practiced law for 30 years before being appointed to the bench. He chaired the Michigan Civil Rights Commission and the Detroit Board of Police Commissioners and was very involved in the Jewish community. He received the Jewish Federation’s Fred M. Butzel Award in 1988 for distinguished community service. Read More» 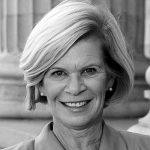 North Carolina Superior Court Judge J.C. Cole and retired North Carolina Superior Court Judge Anna Mills Wagoner (pictured at right) received the Friend of the Court Award from the North Carolina Judicial Branch. Judge Cole was honored for his many years of distinguished service as a district and superior court judge. Judge Wagoner also was honored for her many years of distinguished service, which in her final year as a judge included leading the Rowan County Courthouse through the COVID–19 pandemic. The award is the North Carolina Judicial Branch’s highest honor.

Pearl S. Buck International will honor U.S. District Court Judge Cynthia M. Rufe of the U.S. District Court for the Eastern District of Pennsylvania as the 2021 recipient of the Woman of Influence Award. The award honors women who, like Nobel and Pulitzer prize-winning author Pearl S. Buck, have distinguished themselves in their career, devotion to family, and pursuit of humanitarian and advocacy goals. Judge Rufe has led a distinguished career as a public defender, lawyer, and judge, and she currently serves as president of the Federal Judges Association. Read More»

The Texas House of Representatives unanimously passed House Bill 1256, also known as the Judge Ruben Reyes Act, in honor of the late Judge Ruben Reyes of the 72nd District Court in Texas. He was best known for establishing a drug court program to rehabilitate people with addiction problems. The legislation is intended to preserve the specialty courts he cared so deeply about. Judge Reyes died in December due to complications of COVID-19. Read More»

Judge Theresa Dellick of the Mahoning County Juvenile Court in Ohio was presented the 2021 ATHENA Award by the Youngstown/Warren, Ohio, Regional Chamber during a ceremony in May. Judge Dellick was honored for her leadership of the Mahoning County Juvenile Court, which has gained both a state and national reputation for excellence. Among her many accomplishments was the establishment of a school for at-risk, trauma-affected students, the creation of early intervention and diversion programs, and dramatic recidivism reduction. Read More» 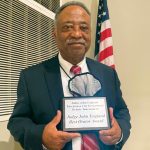 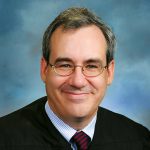 The Hon. Michael Newman received the Ohio State Bar Foundation’s highest award, the Ritter Award, “for a lifetime of service . . . in attaining and promoting the highest standards of professionalism, integrity and ethics in the practice of law while assisting other attorneys, the courts and the public to envision and cause changes which improve the justice system in Ohio.” Judge Newman was confirmed as a U.S. District Court Judge for the Southern District of Ohio in late 2020 after serving as a magistrate judge in that court since 2011. A former national president of the Federal Bar Association, Judge Newman now serves as chair of the FBA’s Judiciary Division. For many years, Judge Newman has devoted himself to meeting with young people to explain the workings of the federal courts and the third branch. He chairs the Southern District of Ohio’s Civics Committee, is co-chair of the Civics Committee for the U.S. Court of Appeals for the Sixth Circuit, and was named the FBA’s first Judicial Ambassador for Civics Education. Read More»