Chief Magistrate Judge Diane K. Vescovo of the U.S. District Court for the Western District of Tennessee received the Marion Griffin-Frances Loring Award from the Association for Women Attorneys. The award recognizes those who have made outstanding contributions to women in the legal profession. Judge Vescovo retired in 2020. Read More»

Judge Helen J. Rosenblum was saluted for her public service as she retired from the Justice Court bench in Shelter Island, N.Y., early this year. Judge Rosenblum was appointed as town attorney in 1986, where she remained for 16 years. When the town justice died in 2003, Judge Rosenblum received endorsements from both political parties and was appointed to the bench. She also has served on the region’s drug court and still serves as a volunteer attorney for the Shelter Island Fire District. Read More» 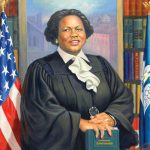 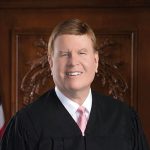 Chief Justice Mark Gibbons, who until his retirement in 2021 was the longest-serving justice on the Nevada Supreme Court, received the Justice Nancy Becker Pro Bono Award of Judicial Excellence. Justice Gibbons co-chaired the Specialty Court Funding Committee, which works to ensure access to specialty court programs, and the Nevada Rules of Civil Procedure Committee, which ensures the judicial process is accessible through electronic means. Read More» 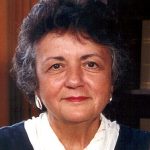 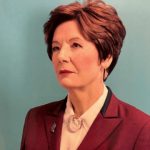 Senior Judge Rya W. Zobel of the U.S. District Court for the District of Massachusetts received the 38th annual Edward J. Devitt Distinguished Service to Justice Award, the highest honor bestowed upon an Article III federal judge in the United States. In a statement announcing the award, U.S. Supreme Court Justice Neil Gorsuch said, “Judge Zobel’s life and service are inspirational. As one of her nominators explained, Judge Zobel’s life demonstrates ‘just what it means to be a true guardian of the Rule of Law.’” In June of 1945, Soviet troops arrested Judge Zobel’s parents after someone in her German town falsely accused them of being American spies. Judge Zobel never saw her father again and did not see her mother for a decade. After emigrating to the United States, Judge Zobel entered Radcliffe College. She graduated from Harvard Law School in 1956 as one of only a few women in her class and later became the first woman partner at a major Boston law firm and the first woman nominated to the federal bench in Massachusetts. Read More» 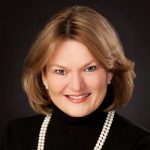 Texas Court of Appeals Judge Kem Thompson Frost, a member of the inaugural class of Duke Law’s Master of Judicial Studies program, has received the 2021 Outstanding Law Review Article Award from the Texas Bar Foundation for her article entitled “Unclaimed Treasure: Greater Rule-of-Law Benefits for the Taking in Texas,” published in Houston Law Review. The Texas Bar Foundation will publicly recognize her at the organization’s annual dinner in June and will present The University of Houston Law Center a $1,000 scholarship donation in her honor. 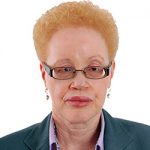 Justice Grace Mumbi Ngugi, of the High Court of Kenya, was named the Northwestern Pritzker School of Law Center for International Human Rights Global Jurist of the Year. The award recognizes a sitting judge who has demonstrated courage in the face of adversity to uphold and defend fundamental human rights. Justice Ngugi serves in the Anti-Corruption and Economic Crimes Division of Kenya’s High Court and has been involved in developing human rights jurisprudence in Kenya. Read More»

The Newton County Judicial Center in Georgia was renamed in honor of Judge Horace J. Johnson Jr., who died in 2020 at the age of 61 after serving as a Superior Court judge for 18 years. As a child, Judge Johnson was part of a small group of fourth-graders who led the integration of his county’s schools; he was the first Black attorney to practice in his county, and, in 2002, he became the first Black Superior Court judge to serve in the Alcovy Judicial Circuit. The University of Georgia School of Law, Judge Johnson’s alma mater, also recently announced an endowed lecture series named in his honor to begin in spring 2021. Read More»

The American Bar Association Tort Trial and Insurance Practice Section honored Judge Bernice B. Donald of the U.S. Court of Appeals for the Sixth Circuit with its inaugural Lifetime Liberty Achievement Award. This award celebrates the lawyers and judges who have spent their careers actively promoting diversity and inclusion within the legal profession. Judge Donald is a 2018 graduate of Duke Law’s Master of Judicial Studies program and a member of the Judicature editorial board. Read More»

Judge Richelle M. Wahi of Minnesota’s First Judicial District was honored at the 2020 Minnesota Lawyer Diversity & Inclusion Awards for her efforts to create a more diverse and inclusive legal community. Judge Wahi is active in the state’s Judicial Branch Committee for Equality and Justice and the Early Case Management Committee. Read More»

Judge Peter T. Fay celebrated 50 years of service on the federal bench in 2020. Appointed in 1970 to the U.S. District Court for the Southern District of Florida, Judge Fay was elevated in 1976 to the U.S. Court of Appeals for the Fifth Circuit and in 1981 was transferred to the newly created 11th Circuit. Judge Fay was known as a natural teacher, counselor, and unequaled mentor. Former Chief U.S. District Judge Federico Moreno told the Miami Herald that Judge Fay’s service over five decades “as a magnificent judge is well known, but his humility, faith, and generosity with his time is his legacy. He was a true American hero, who never forgot what it was like to be a trial lawyer.” Judge Fay died in early 2021 at the age of 92.

Judge James Lawrence King, who was unanimously confirmed to the U.S. District Court for the Southern District of Florida in 1970 alongside Judge Fay and Judge Gerald B. Tjoflat (profiled in Judicature Vol. 104 No. 3), also celebrated 50 years of federal judicial service last fall. Prior to his appointment, he had served as a Florida state court judge, in the Florida Eleventh Judicial Circuit, the Florida Court of Appeals, and the Florida Supreme Court. He served as chief U.S. district judge from 1984 to 1991 and assumed senior status in 1992. In 1996, the Miami federal courthouse where he still works was named in his honor.

Chief Judge Emeritus J. Clifford Wallace of the U.S. Court of Appeals for the Ninth Circuit — who still takes half of a full caseload as a senior circuit judge — also celebrated 50 years of service on the federal bench. Judge Wallace received his commission as a U.S. district judge for the Southern District of California in October 1970. He was elevated to the U.S. Court of Appeals for the Ninth Circuit in 1972 and was chief judge of the Ninth Circuit from 1991 to 1996. Judge Wallace took senior status in 1996. Among many accomplishments, Judge Wallace is perhaps best known for his dedication to strengthening the rule of law through his work with more than 70 judiciaries worldwide. For 40 years, he has used vacation time to travel around the globe to meet with, speak to, and train judges.