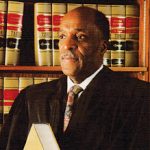 The U.S. Senate passed a resolution honoring the late Nathaniel Jones, who served 23 years as a judge on the U.S. Court of Appeals for the Sixth Circuit in Cincinnati. Judge Jones passed away in January at the age of 93. He was the first African American to serve as a federal appeals court judge in Ohio and the first black prosecutor in the Northern District of Ohio. He also served as general counsel for the NAACP. “Judge Jones devoted his entire life to answering the call for racial justice, and his unwavering commitment to this country is one we should all aspire to emulate. He not only fought to make this country a better place, but he paved the way for generations of lawyers, clerks, and advocates that will follow him,” said Sen. Sherrod Brown, who co-sponsored the resolution with Sen. Rob Portman. “We lost a giant in Judge Nathaniel Jones. Through his work as a lawyer, he was a national leader in advancing civil rights and as a judge a distinguished champion in protecting those rights,” Portman said. “Through it all, he was a humble man of the highest integrity.”  Read More»

The Cleveland Metropolitan Bar Foundation presented U.S. District Judge Solomon Oliver Jr. with the Richard W. Pogue Award for Excellence in Community Leadership and Engagement at the foundation’s 15th annual gala. Oliver served as a federal prosecutor in Cleveland and as a professor and dean at Cleveland-Marshall College of Law before he was appointed to serve as a judge in the Northern District of Ohio in 1994. He was honored for his work with a number of Cleveland bar programs, including ones designed to connect students with mentors, resources and experiences to help them in school and their careers. Read More»

Lancaster County Court Judge Holly Parsley received the “Improvement of the Judicial System Award” at the Nebraska Supreme Court’s annual judicial dinner. The award recognizes meritorious projects and exemplary accomplishments beyond a judge’s day-to-day duties. Parsley was recognized for her leadership on the Nebraska Supreme Court Commission on Guardianship and Conservatorship, the Guardian and Conservatorship Forms and Rules Committee, and the Bench-Media Committee. Read More»

The new Justice and Municipal Court building in Lafayette County, Miss., will be named for the county’s longest-serving judge, Johnny Wayne McLarty. The naming request, made by Justice Court Judge Mickey Avent, was unanimously approved by the county’s Board of Supervisors in recognition of McLarty’s commitment to his work and community. Said Avent of McLarty: “He has made the judicial system better, and Lafayette County better, simply by being ‘The Judge.’” Read More»

Maine Supreme Judicial Court Justice Donald G. Alexander was honored for 41 years of service on the bench during a retirement celebration in February. Alexander was named to the state’s superior court in 1980 and was appointed to the state’s high court in 1998. Colleagues say Alexander’s most lasting impact on Maine law is his book, the Maine Jury Instruction Manual. Read More» 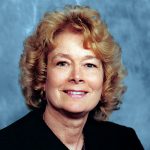 The veterans court program in Ventura County, Calif., was renamed in honor of the now-retired judge who helped create it. Judge Colleen Toy White helped start the Veterans Treatment Court in 2010 and was part of the program until her retirement in 2017. The court hears criminal cases of veterans who may be suffering some physical or psychological trauma, such as post-traumatic stress disorder. “Judge White used her personal courage, compassion, and heart to make our veterans court into the success it is today,” said Ronald Greenwood, co-founder of the Gold Coast Veterans Foundation. “Judge White is the soul and conscience of the veterans court. Every veterans court graduate is the beneficiary of her service and commitment.”  Read More»

U.S. Supreme Court Associate Justice Elena Kagan received the New York State Bar Association’s Gold Medal Award in January. She was the 10th Supreme Court justice to be accorded the prestigious honor. “It’s a recognition of her extraordinary contributions to the profession, to legal education — she was the dean of Harvard Law School — [and] to jurisprudence,” said Hank Greenberg, current president of the State Bar Association and a shareholder at Greenberg Traurig LLP. Read More»

The federal courthouse in downtown Minneapolis was renamed to honor Judge Diana Murphy — the first woman appointed to the federal bench in Minnesota and the first to sit on the U.S. Court of Appeals for the Eighth Circuit. It is the sixth U.S. courthouse named for a woman. Judge Murphy died in 2018 at the age of 84. Read More»

U.S. Magistrate Judge Diane Vescovo was recently honored by the Association for Women Attorneys with the Marion Griffin-Frances Loring Award, which recognizes those who have made outstanding contributions to women in the legal profession. Vescovo was the first female federal magistrate judge in the West District of Tennessee; she will retire this year after serving 25 years in the post. Read More»

Senior Superior Court Judge L. Todd Burke of the 21st Judicial District of Forsyth County, N.C., received “The Order of the Long Leaf Pine” in recognition of his 25 years of judicial service. The award is the highest honor bestowed by the governor of North Carolina.  Read More» 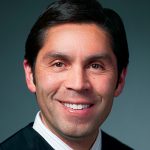 Minnesota Lawyer honored Minnesota Court of Appeals Judge Peter M. Reyes Jr. with its Recognition of Outstanding Service in its 2019 Attorneys of the Year publication. Reyes was also admitted to the publication’s Circle of Excellence. Reyes is active in the American Bar Association and has served as national president of the Hispanic National Bar Association and of the Minnesota Hispanic Bar Association. In 2016, he received the Ohtli Award, the highest award the Mexican government presents to a non-Mexican citizen.  Read More»

Indiana Court of Appeals Judge John G. Baker was honored by members of the Indiana Legislature ahead of his retirement later this year. Baker served 31 years on the Court of Appeals and 13 years on the Monroe County bench. As they passed a resolution in Baker’s honor, legislators from both sides of the aisle praised him for embodying the collaborative relationship between the Indiana Legislature and the judiciary. Read More»