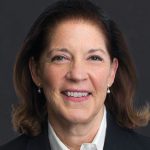 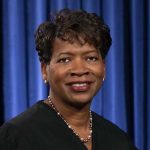 The Ohio State Bar Association (OSBA) honored Judge MARY JANE TRAPP of Florida’s 11th District Court of Appeals with the Ohio Bar Medal. The medal is the OSBA’s highest honor and is awarded to those who have “given unselfishly of their time and talent by taking prominent leadership roles on the bench and in the organized bar and who have worked quietly to earn the deep admiration and respect of their colleagues and their community.” OSBA also presented Justice MELODY STEWART of the Ohio Supreme Court with the Nettie Cronise Lutes Award, which commemorates the first woman to practice law in Ohio. Justice Stewart is the first African American woman to serve on the state’s high court. Prior to becoming a justice, she was on the faculty of the Cleveland-Marshall College of Law. Read More»

Retired U.S. Supreme Court Justice ANTHONY M. KENNEDY received the Williamsburg Award, the highest honor presented by the Colonial Williamsburg Foundation. Justice Kennedy is the second recipient of the award; Winston Churchill received the first in 1955. A ceremony was held at Colonial Williamsburg to honor Justice Kennedy’s “lifelong commitment to advancing the cause of liberty, advocating for civic education, and furthering the never-ending quest for freedom for all those who would seek it.” Read More»

U.S. District Court Judge J. MICHELLE CHILDS of the District of South Carolina received the South Carolina Association for Justice’s Outstanding Contribution to Justice Award. The award recognizes individuals who have “demonstrated exemplary leadership from the bench and ongoing contributions to the legal profession.” Judge Childs also received the 2022 Charles S. Murphy Award for Achievement in Civic Service from Duke Law School, where she earned her LLM in 2016. She serves on Judicature’s editorial board. Read More»

The appellate courtroom at the Bryan Simpson U.S. Courthouse in Jacksonville, Fla., was renamed in honor of Senior Judge GERALD B. TJOFLAT of the U.S. Court of Appeals for the Eleventh Circuit. Read More» 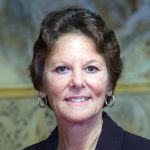 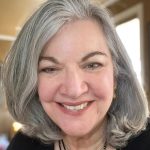 Judge VANESSA RUIZ of the District of Columbia Court of Appeals received the Lady Justice Award for Humanitarian Aid from the National Association of Women Judges (NAWJ). Judge Ruiz has worked tirelessly — along with a group of judges from the International Association of Women Judges (IAWJ) — to evacuate over 150 women judges from Afghanistan since the Taliban took over in August 2021. Judge Ruiz is a former president of both the NAWJ and IAWJ. Read More»

U.S. Navy Secretary Carlos Del Toro announced that a new Navy oil tanker will be named in honor of the late U.S. Supreme Court Justice RUTH BADER GINSBURG. “She is instrumental to why we now have women of all backgrounds, experiences, and talents serving within our ranks,” said Secretary Del Toro. Read More» 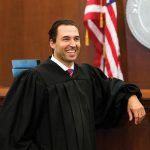 The Brunswick County, N.C., Courthouse was renamed in honor of Judge OLA M. LEWIS, the longest-serving woman judge in the state’s history. Judge Lewis was recognized in part for her innovations in drug, mental health, and DWI treatment courts. Read More»

May We Suggest: Judicial Honors Fall/Winter 2021–22