Judge D. Brooks Smith, a senior judge of the U.S. Court of Appeals for the Third Circuit, received the Judge Justin Johnson Award from the Pennsylvanians for Modern Courts, a civic education organization. Judge Smith was honored for his “passionate support of judicial independence” and for promoting the importance of the courts in a democracy and the dangers of politicization of the courts. Read More» 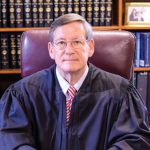 Senior Justice Donald W. Lemons of the Virginia Supreme Court received the Judicial Council of Virginia’s Harry L. Carrico Outstanding Career Service Award. The award recognizes a judge who “has demonstrated exceptional leadership in the administration of the courts while exhibiting the traits of integrity, courtesy, impartiality, wisdom, and humility.” Read More» 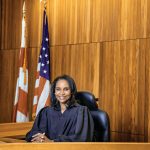 The Woman’s Bar Association of the District of Columbia named Chief Judge Anita Josey-Herring of the D.C. Superior Court as the 2022 Woman Lawyer of the Year. The first woman to lead the court, Chief Judge Josey-Herring has been an active member and committed mentor of the bar association. Read More» 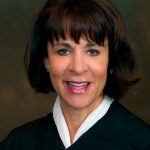 Judge Lauren L. Brodie of Florida’s 20th Circuit Court was honored by the Florida Bar Association with the William M. Hoeveler Judicial Professionalism Award. Judge Brodie has devoted her career to the judiciary and to helping people who suffer from mental illness and substance abuse. She helped found the Collier County Attorney Wellness Initiative, which provides attorneys with cost-free access to psychological services, and Drug Free Collier, which partners with local organizations to protect children from substance abuse. Read More»

Chief Justice Maureen O’Connor of the Ohio Supreme Court is the 2022 recipient of the Cleveland Metropolitan Bar Association’s President’s Award. The honor recognizes those who “exemplify the highest values of our community, in law, in business and in public service.” Chief Justice O’Connor has worked to strengthen Ohio’s judicial branch through, among other things, reforms to rules governing bail, fines, and fees. She has served as president of the Conference of Chief Justices and, in 2016, led the creation of the nation’s first multistate body fighting the opioid epidemic. Read More»