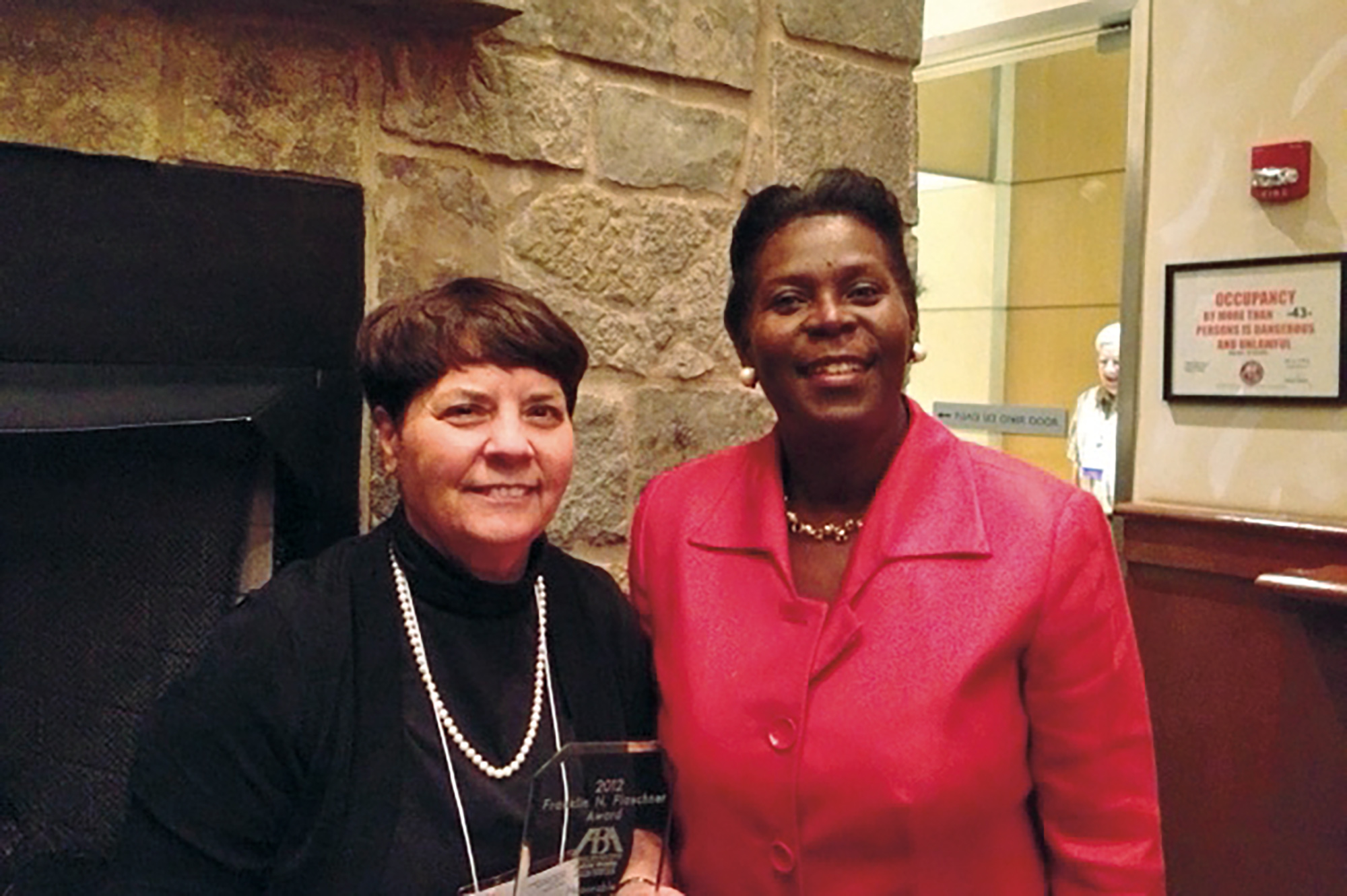 Like their counterparts in the federal judiciary, state trial court judges “handle the bulk of judicial business.” State courts decide ninety-five percent of the cases and controversies filed in our nation, less than one percent of which are heard by the states’ appellate courts. Thus, state trial judges loom large in the application of the rule of law and the stability of the nation. Much of the peace and prosperity we enjoy as a nation, but take for granted, is protected by those state court judges.

“Perhaps because trial courts are but the first tier in the judicial system or because of an upper court bias[,]” we most often read and hear about appellate courts and by extension, appellate court judges. As one federal judge observed about the federal system, however, “Justice stops in the district [trial court]. They either get it here or they can’t get it at all.” The same can be said of the trial courts in the state system as well. Like in the federal system, state trial courts are courts of first and last resort. There, the trial court judge, sitting alone and without the assistance of a panel of her colleagues and the benefit of an established record that appellate court judges are afforded, must “oversee the adversarial process and umpire the factual determination of legal culpability.”

Yet and still, when we think of the great judges in the storied history of our judiciary, we remember the big name appellate judges such as Chief Justices Warren and Rehnquist or those who were “firsts” like Justices Marshall and O’Connor. In the pantheon of great judges, the faces and names of appellate judges are the first to come to mind. I would submit, however, that the great among the judges on the trial courts, must be heralded alongside those memorable appellate court judges.

North Carolina State District Court Judge Anna Elizabeth Keever would fit nicely in the pantheon of great judges. She has earned a place in that illustrious hall not because she has authored seminal opinions in North Carolina jurisprudence but because of her contribution to the development of countless North Carolina judges. She remains a mentor and teacher to a new generation of judges, those who will go about doing the work of the Court for years to come.

I am one of those on whom Judge Keever has left her indelible mark and I am a witness to her impartation on many others. The story of a great jurist follows.

In 1981, when Judge Keever was a senior assistant prosecutor in charge of the district courtrooms, we shared an interaction that remains with me today and which, in a nutshell, explains why this state trial court judge should be counted among the nation’s truly great judges.

“Go Get Beth Keever so she can teach this lawyer how to try a case.” After more than 30 years, I can still hear these dreaded words from the Chief District Court Judge. I had been an assistant district attorney for approximately six months. Beth Keever was the senior assistant in charge of the district courtrooms. The case on the criminal docket was non-support of an illegitimate child. Represented by counsel, the defendant never raised an objection to any of my six questions posed to the prosecuting witness. On his own motion, the presiding judge however sustained the non-objections and directed me to “ask my next question.” On the seventh question, the humiliating directive was delivered to the bailiff and I sat mortified with embarrassment in the crowded courtroom. It seemed like an eternity before Beth Keever entered the courtroom and eased into the chair beside me. As she did, the judge said, “Show this lawyer how to try her case!” “Where are you in your examination, Pat?” Beth asked. I replied, in a breaking voice, barely able to keep back the tears, “I don’t know.” Confidently, my rescuer stood and asked the judge to be permitted to begin the direct examination anew. In less than 10 minutes, Beth Keever had secured a conviction and a monthly order of child support. I left the courtroom quickly – headed for the restroom. Beth found me in tears. She asked if I was okay and then encouraged me with “Don’t let the judge shake you. You’re doing fine! Go back into the courtroom and wrap up the docket.”

As Chief District Court Judge of the 12th Judicial District, Judge Keever continues in this same vein. The encouragement and support she provides to a number of North Carolina District Court judges makes her a “one in a generation kind of judge.” It is no surprise then that Judge Keever is the acknowledged leader of the 239 judges of the District Court. Over the course of her illustrious thirty-year career, Judge Keever has presided over the court in which the largest majority of North Carolina citizens appear. Judge Keever is also, put simply, a wonderful human being. Her colleague of 26 years, District Court Judge Robert J. Stiehl III has said of Judge Keever, “[i]t is this humanity that has made her a great trial judge. She is compassionate, sensible and has the ability to communicate in a sensitive way.”

For much of the last 20 years, Judge Keever has led the Education Committee for the Association of District Court Judges. She has tirelessly worked to improve the quality of continuing District Court judicial education. Under her leadership, the committee has made solid programming choices and has twice been recognized by the American Bar Association for its accomplishments.

Judge Keever’s leadership in the judiciary of North Carolina is an inspiration to all. She led in the creation of both the child custody mediation program and the family court program. Both programs significantly impact the quality of justice afforded to families and children throughout the state. The programs promote the prompt resolution of family conflict and reduce the negative impact of litigation on children and families. As part of the family court program, Judge Keever also was a leader in the development of the parent education programs now available in most districts in North Carolina. This program educates parents about the impact of parental conflict on children and encourages parents to focus on the needs of their children during the litigation process. The program also increases the likelihood of successful mediation, thereby reducing the courts’ heavy caseload.

Judge Keever’s significant public service and educational efforts extend beyond the legal community. Since 1993, Judge Keever has hosted Dimensions of Justice, a 30-minute television program on the public access channel in an effort to educate the general public about the court system in North Carolina. The program has run successfully for nearly 20 years. The sure winners are the citizens of North Carolina who have gained a greater awareness and confidence in our courts and judges.

Judge Keever has remained steadfast and dedicated to her work as a trial judge, assisting in the professional development of other judges, and pursuing court improvements and innovations. She has passed upon other judicial positions that may have moved her up in the judicial hierarchy. As Judge Stiehl said, “[Judge Keever’s] love of her work has kept her a district court judge for nearly three decades. . . Judge Keever has truly given her life for the benefit of our judicial system.”