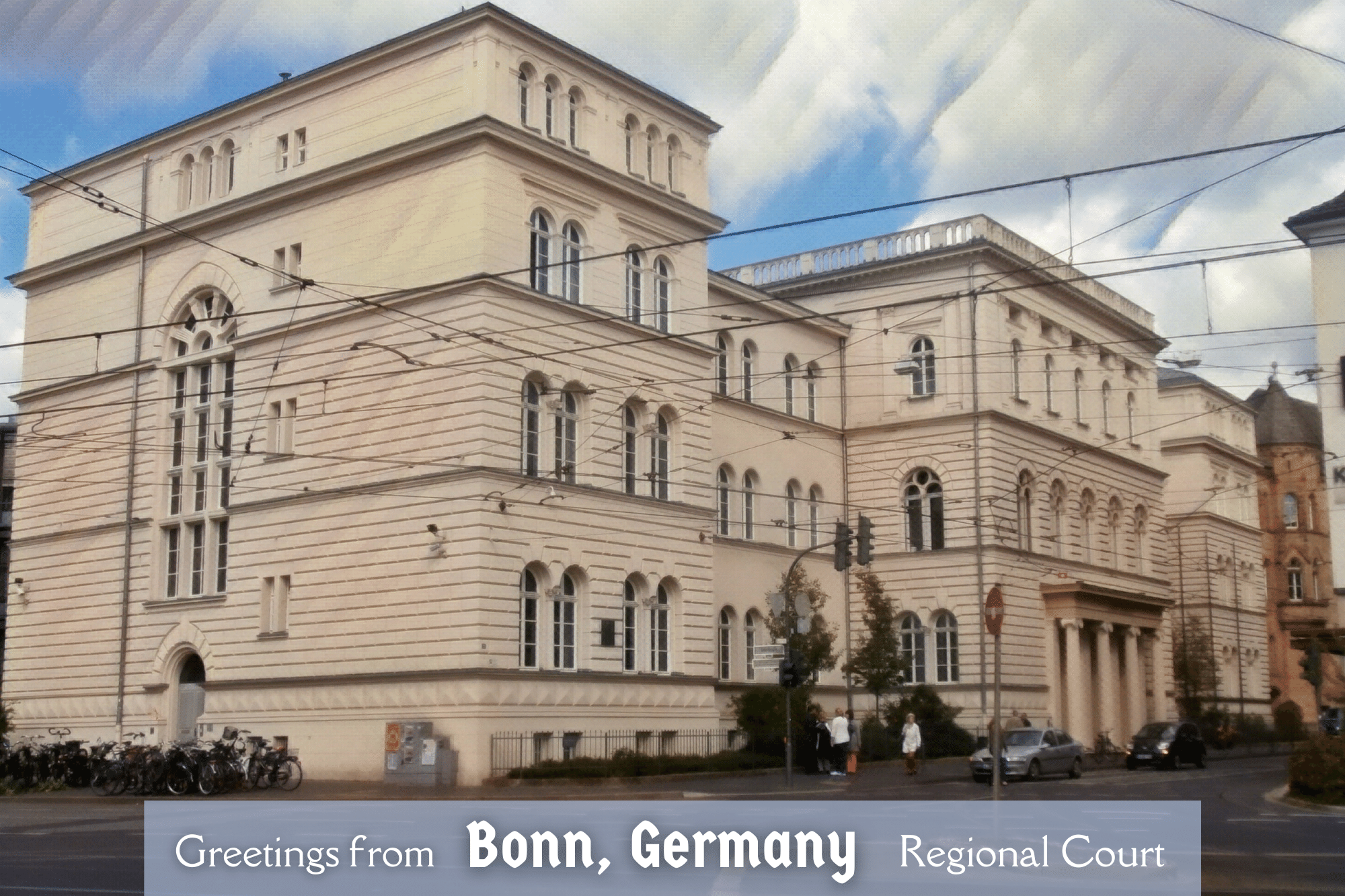 In  Judicature International’s Postcard Series, judges from around the world answer a series of questions about the structure of their court, challenges they face, unique experiences, and interactions on the bench. This postcard was sent from Presiding Judge Marc Eumann of the Regional Court in Bonn, Germany.

The German court-system distinguishes between regular courts (ordentliche Gerichte) dealing with criminal, civil, family, and probate cases and four branches of special courts for general administrative law cases (Verwaltungsgerichte), labor law cases (Arbeitsgerichte), social security law cases (Sozialgerichte), and tax law cases (Finanzgerichtsbarkeit). In each branch only the highest court is a Federal court, all other courts are state courts. Whereas the tax courts only have two layers (tax courts and Federal Tax Court, Bundesfinanzhof, in Munich) and the other special courts have three layers (Trial court, court of Appeal and a Federal High Court) in each of the four branches (Bundesverwaltungsgericht Leipzig, Bundesarbeitsgericht Erfurt, Bundessozialgericht Kassel), the regular courts have four layers: There are two layers of trial courts, the City court (Amtsgericht) and the Regional court (Landgericht), an intermediary circuit court of appeals, the Higher Regional Court (Oberlandesgericht) and the Federal High court (Bundesgerichtshof, Karlsruhe).

My chamber (10th criminal chamber – 10. Strafkammer) hears cases of general criminal law where the defendant is over 21 years of age (there are special chambers within my court for capital cases, economic crime cases, juvenile cases, and juvenile protection cases). Criminal trials in Germany are conducted in front of three (or two depending on the complexity of the case) professional judges and always two lay judges (jurors); all judges hearing the case have the same vote and there is a 2/3 requirement for all decisions that are negative for a defendant, e.g. guilty vs. not guilty or a higher punishment vs. a lower punishment. That means that two votes of “not guilty” prevent a conviction.

Judgments in criminal cases that started at the Regional court can only be appealed on a matter of law (Revision) directly to the Federal High Court, whereas criminal judgments rendered by the City Court have an appeal in fact (trial de novo – Berufung) to a Criminal Appeals Chamber at the Regional Court (Landgericht) the decision of which then can be appealed only in law (Revision) to the Higher Regional Court (Oberlandesgericht).

Judgment in civil cases almost always have a — generally available — appeal in fact (trial de novo — Berufung) and after that a restricted appeal only in law (Revision), where a writ of certiorari issued by the Federal High Court is needed.

In my state of North Rhine-Westphalia, new judges are selected by a committee consisting of the Chief Judge (President) of the Intermediary Courts of Appeals (Oberlandesgericht), one of the chief judges of the Regional courts within the circuit, the associate judge of the Court of Appeals in charge of employee administration, the equal-protection-officer of the Court of Appeals and — auditing — a representative of the elected Council of Judges of the circuit (Bezirksrichterrat), the latter because positive employment decisions of the committee need the approval of the Council of Judges. In some other states there are similar systems, in others there is a Judges Election select committee consisting of members of the state legislature and judicial representatives.

In order to become a judge in Germany (as well as to become an attorney-at-law) one needs to have passed both (1st and 2nd ) Judicial State Exams. The First State Exam is taken right after at least four years of law school and grants the right to enter the two-year compulsory Judicial Clerkship (Rechtsreferendariat). The Second State Exam is taken at the end of that clerkship after rotations at the civil court (5 months), at the prosecutor’s office (3 months), at a municipal administration (4 months) with an attorney-at-law (8 months) and an elective rotation (4 months).

The main factor for determining a judge’s level of qualification are her/his results in the Second State Exam. Those who end up in the top 10% of the Second State Exam score have the best chance of becoming a judge. Most judges are hired fresh out of the clerkship, though some applicants choose to work as an attorney for a year or more before applying to become a judge. After a period of three years of being a junior judge, judges will be appointed for life “auf Lebenszeit,” which in the moment means until reaching the — non extendable — retirement age of 67.

Judgeships at the Courts of Appeal to be filled will be published in the Judicial gazette (Justizministerialblatt) for applications from the trial court judges. The final decision will be, in some states, made by a Judges Election select committee consisting of members of the state legislature and judicial representatives. In other states, like mine, the decision will be made by the Justice Department of the state Government, which needs approval from the Council of Judges.

Judgeships at the Federal Courts are filled by the Federal Judges Election Committee consisting of the 16 state Attorneys General and 16 members of the Federal Legislature (Bundestag) assigned by the Legislature proportionate to the latest election results.

Court cases are assigned to a chamber to hear the case according to a “Business Assignment Plan” (Geschäftsverteilungsplan), which is passed by the judicial parliament of the court (Präsidium) before the beginning of every new calendar year.

The Business Assignment Plan (Geschäftsverteilungsplan) lays down the abstract method according to which each newly filed case will be assigned to a chamber that will hear and decide the case. The “Präsidium” is a body consisting of the Chief Judge of the court and of between six and ten judges who are elected for a period of four years by all judges of the court, whereby half of the seats are up for election every two years.

Before the beginning of each calendar year, all judges within each chamber must pass an internal Business Assignment Plan that contains rules about which judge will hear which case.

The Regional Court of Bonn (Landgericht) has more than 100 judges at the moment including:

How is judicial compensation handled? Does a judge’s salary depend on many cases a judge hears or how fast he or she works?

Judicial compensation is set by statute in the state legislature and for the federal judges by statute in the federal legislature. The compensation does NOT depend on the number of cases assigned or decided but has allowances for being married and for having children (up to the age of 25) and will be raised for every two years of experience. Also, the state will pay necessary medical expenditures of 50% of the judge’s bills and 80% of her/his children’s bills. If the judge has 2 or more children, 70% of his medical bills will be paid by the state. The basic compensation differs from state to state. In 2022 in the state of North Rhine-Westphalia, a new associate judge (single, no kids) would start at 4,560.88 €/month (54,730.56 €/year) and after 20 years of experience (married, 2 kids) would end with 7.441.64 €/month (89,299.68 €/year). The same compensation is granted to the prosecutors.

Yes, there are rules of recusal in all procedural codes (ZPO, StPO, VwGO, etc.), and the statute provides for certain situations where a judge will be disqualified by statute. The judge her/himself can notify the parties of circumstances if she/he thinks those circumstances could be seen as producing bias, and also the parties (and the prosecution) can file a motion to disqualify a judge because of bias.

Upon such a judicial notification or a party-motion, it is the court panel (without participation of the judge in question) which will decide whether the judge is disqualified. The test for such decision is never whether a judge is indeed biased or not, but always whether there is an appearance of bias for a reasonable party. This decision, if it finds the appearance of bias, cannot be appealed. If the decision does not disqualify the judge, it can either be appealed by itself or the question can be tested upon the appeal against the decision of the court where the judge in question has participated.

Interaction with lawyers is through their motions and judicial orders, but also by e-mail or orally by phone, which mostly ends up in a written summary of the communication that the judge will file and send to all parties. There would typically be no direct contact to litigants outside the actual hearings of the trial.

I would definitely hope that the public trust in the judiciary in Germany is high and probably higher than the other branches of Government.

How would you describe the general public understanding in your community of your role as a judge and your day-to-day work?

I would suspect that the general public has no realistic idea of our day-to-day work. Thanks to many German TV shows in which judges (and prosecutors) always work in fancy offices, have pretty assistants who provide coffee and cookies, and live in big mansions on even bigger properties, people significantly overestimate the size of our offices and the amount of our compensation.

May We Suggest: Postcard from Hamm, Germany: Q&A with Judge Julia Dhom 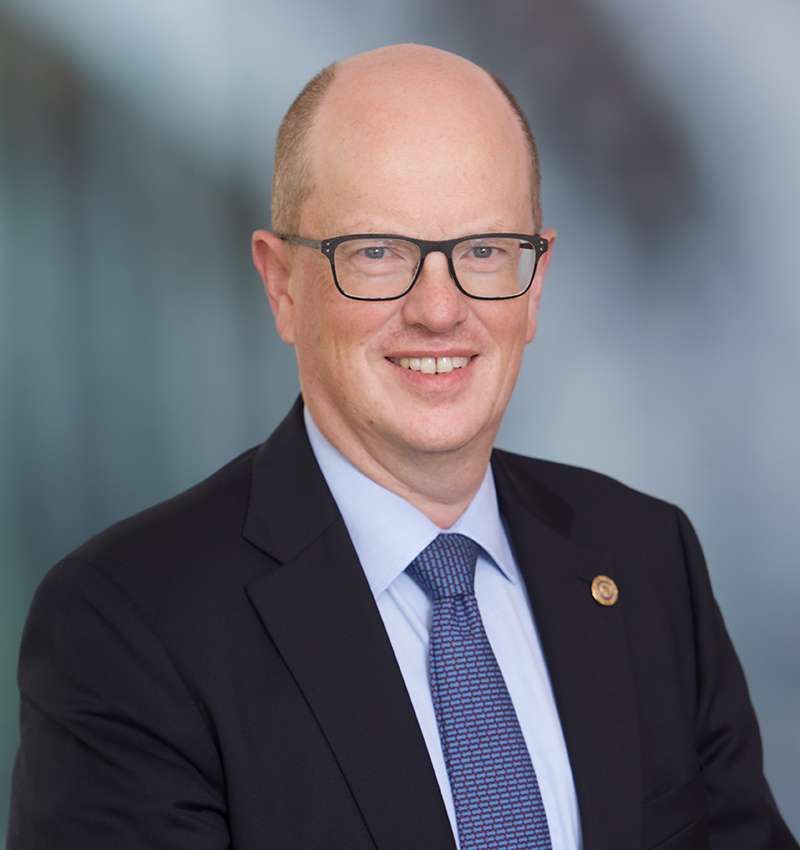 Dr. Marc Eumann, LL.M., is a Presiding Judge (Vorsitzender Richter) of the Regional Court in Bonn, Germany. He received his LL.M. from Duke Law School in 1995 and currently serves on Judicature International’s editorial board.