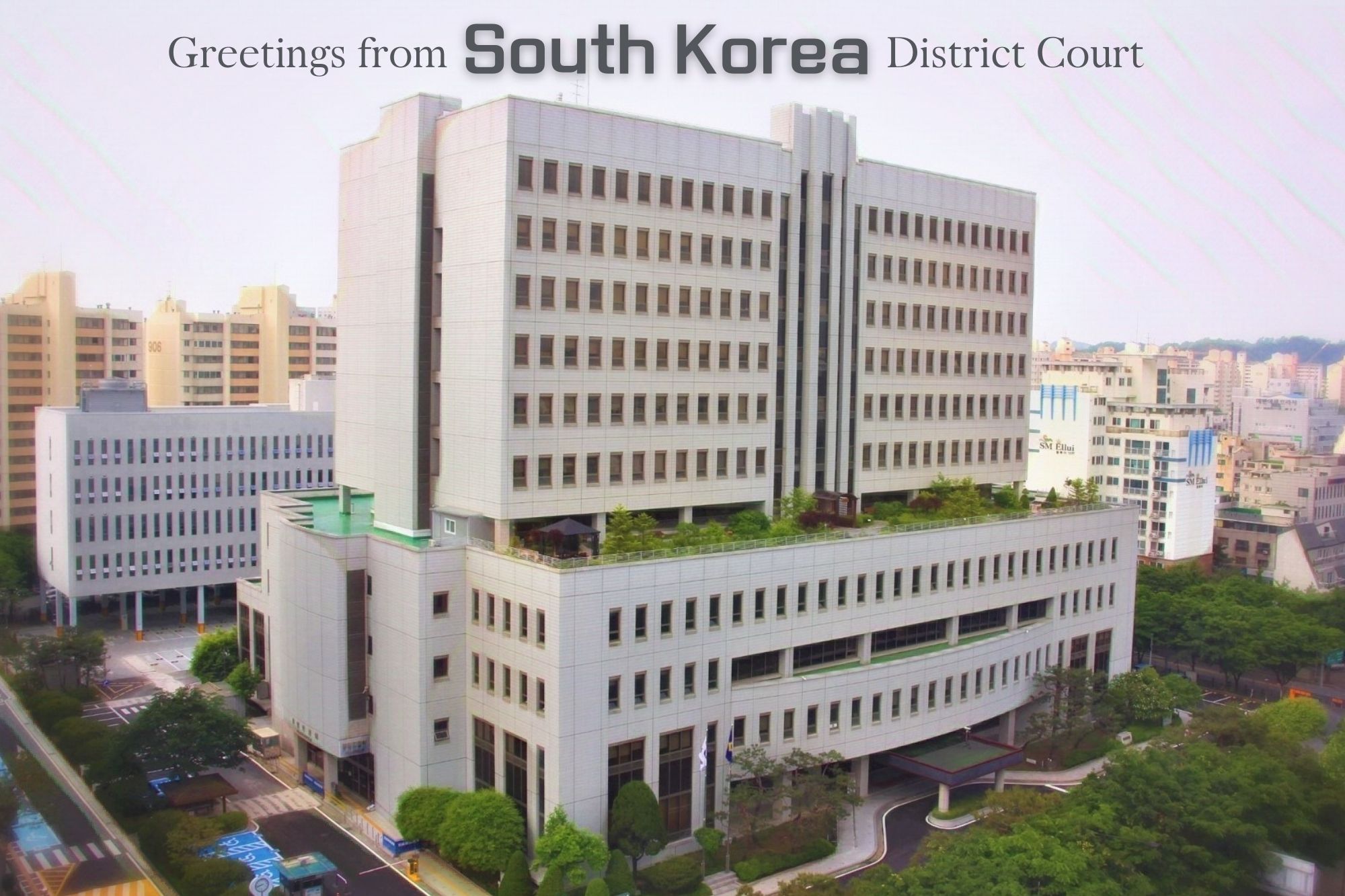 In Judicature International’s Postcard Series, judges from around the world answer a series of questions about the structure of their court, challenges they face, unique experiences, and interactions on the bench. This postcard was sent from Judge Seo Yoon Lee of the District Court of Korea.

The Korean judicial system is based on the three-instance trial system, which is composed of district courts, the high courts, and the Supreme Court. There are also specialized courts, including the Patent Court, which is of high court level, the Administrative Court, the Bankruptcy Court, and family courts, which are of the same class as district courts. To carry out their tasks, district or family courts may establish branch and municipal courts within the same court complex.

High courts hear appeals from judgments, rulings, or orders rendered by a panel of three judges of district courts. A panel of three judges presides over case trials in high courts. By implementing a dual system on personnel affairs for judges, high court judges are selected for appointment from legal professionals with substantial legal experience who apply for the position. The appointee would not be transferred to district courts and works only at high courts unless there are exceptional circumstances.

In my case, I belong to a civil appellate panel of three Seoul Southern District Court judges. Since all of my division’s decisions are of appeal, if there is an appeal to the decision, it will be reviewed by the Supreme Court.

Individuals who have passed the National Judicial Examination and completed a two-year curriculum at the Judicial Research and Training Institute (JRTI) or those who have graduated from law school and passed the bar exam are qualified to apply for the position of judge.

Under the National Judicial Examination system, a certain level of education was not a prerequisite to becoming a lawyer or a judge as long as the candidate passed the exam after taking a certain legal program from the designated institutes, including the universities. People who passed the National Judicial Examination had to be trained in JRTI to become a lawyer, and only those who came in about the top 10% of all trainees could be appointed as judges. However, since the National Judicial Examination was abolished in 2017 and the law school system introduced in 2009, only a law school graduate who has passed the bar exam can apply for the job currently. There is a process composed of written tests and interviews before the deliberation by the Judges Personnel Committee to decide whom to appoint as a judge.

There is no limitation as to the type of affairs judges can handle, and all judges are basically asked to be generalists. Thus, a judge can be assigned to a specialized court, such as the Bankruptcy Court or the Administrative Court, even if they do not have a relevant degree or experience. However, as society is becoming more complicated, the court’s policy is continuously being modified and changed to encourage judges to be specialists as well. In the same vein, judges who have handled a certain category of cases for a substantial time are likely to be assigned to the division specialized for the same kind of cases as per their will.

Usually, case distribution is done by the automatic case allocation system. The results of the receipt of the case and its distribution must be registered in the electric ledger. When the distribution is confirmed, it cannot be changed unless there is a valid reason. It does not exclude the possibility of distribution by a person in charge, normally a court’s chief judge. Especially cases with similar issues, complicated matters, or significant impact on a large number of interested parties or society, or cases with special circumstances, may be appropriately allocated by the case distributor. If a division is established in a court for typical cases, the case shall be allocated to the specific division.

Also, when the division ratio of affairs between divisions is different, the cases are allocated by dividing them according to the ratio.

The workload of judges is notoriously harsh in Korea since the court environment is more about working harder and closing cases faster rather than keeping the balance between work and life — even though, in principle, it is the judges’ will to determine how much effort is put into each case. According to research by the National Court Administration, 48% of judges work more than 52 hours per week, and more than 50% do overtime more than three times a week. In addition, about 60% of judges work on the weekends.

To assist judges, a court may appoint law clerks. The Court Organization Act permits each court level to appoint law clerks among persons admitted to the bar [art. 53-2(1), (3)]. Law clerks are appointed as public officials on fixed terms and are employed for a definite period of up to three years [art. 53-2(4), (5)]. They conduct research, study, and manage other necessary affairs on hearing and trial of cases, pursuant to the order of the chief judge of the court to which they belong [art. 53-2(2)].

A judge receives a salary and other remuneration under the Remuneration of Judges Act. The factor deciding the amount of a judge’s salary depends primarily on their legal experience. The actual working hours do not affect a judge’s salary.

Recusal is mainly governed by the Criminal Procedure Act and the Civil Procedure Act. Any concerned party may challenge any circumstances under which it is difficult to expect a fair trial by a judge. Any judge against whom a motion for recusal has been made must promptly present their opinion in a written document. When it is obvious that a motion for recusal aims to slow down a lawsuit, a court or a judge in receipt of such a motion shall reject it by a ruling. If the motion is upheld, it is subject to no appeal, whereas an immediate appeal may be raised against the ruling of rejection or dismissal. Any judge against whom the motion for recusal has been made cannot participate in the judgment. The court would suspend the proceedings until the time when the judgment on such a motion becomes final and conclusive unless the motion for recusal was rejected or under the circumstance of urgency. If all procedures have been done and only the sentence of a final judgment is left before the challenge, the judgment can be pronounced without suspension. A decision on the motion for recusal shall be rendered by a panel of three judges of the same court or, where it is not possible, of the upper court.

I see lawyers mainly in the court since lawyers participate in judicial proceedings as representatives of parties in civil or administrative cases or as defense counsel in criminal cases. When a lawyer is appointed, I mostly communicate with them directly to prevent the possibility of miscommunication, which could occur when a litigant tries to make a legal argument. However, as it is not mandatory to appoint a lawyer in a litigation process, many litigants still appear in court pro per . I try to take more time to understand their argument without misinterpretation when it comes to pro se litigants.

There are several occasions to meet lawyers in court that are not related to ongoing cases. Specifically, each court holds official meetings between judges and lawyers annually, and the topics are mostly related to suggestions and complaints about each other. The court makes this occasion a chance to recognize what lawyers and litigants want from the court and put effort into organizing better trials by sharing the meeting summary among judges. Although it doesn’t have any mandatory effect, many judges try to improve their trials by reflecting on the needs of the participants. These meetings could also be a good opportunity to let participants of a procedure understand the court’s situation.

How would you describe the general public understanding in your community of your role as a judge and your day-to-day work? Do you feel that people have a high level of trust in the judiciary?

People tend to think that sitting in a courtroom and presiding over a trial is a judge’s job. Even my family thought so before I told them the truth. TV shows or movies may have rendered this prejudice since they are likely to represent the judges sitting behind the bench (or on the phone), which is obviously the tip of the iceberg. If presiding over trials were the only task of a judge, how fantastic would this job be?

Sadly, presiding over trials is just a small part of my job. Reading and understanding each case record and the deliberation process takes much more time, and writing a decision and judgment requires a lot more effort. Thanks to recent news articles regarding the judge’s work, I believe the public understands the logistics of being a judge a little better.

There are circumstances where I see a low level of trust in the court. Some people, even though the number is small, do not conform to the court’s decision and repeatedly challenge the rulings blindly. Some even sue the judges because their decision is not to their taste. From my viewpoint, this tendency could be partly due to the gradually increasing complexity of cases. As the difficulty level of each case goes up, the public encounters a situation where they cannot understand a judgment without a professional’s help. If they do not understand, there could be a wave of anger aroused since all the affairs in the court carry much weight in their personal lives. Providing written reasons in more detail could be, therefore, helpful to keep the public trust in the court. Still, it is also not simple to pursue delivering more detailed judgments in general when judges’ increasing burden of work is taken into account.

However, I feel the public shows high trust in the judiciary in general. The court is still playing a role as a last resort in disputes among people, and the decisions have been executed without significant problems. To maintain a good reputation, judges are held to a higher standard outside the court and must refrain from showing their political or social stances. Ironically, this does not always lead to its intended effect; instead of always living an exemplary life, I tend to choose not to tell others about my profession when I do not have to. Part of the reason is that acting as an ideal judge all the time limits my freedom of expression as an individual. 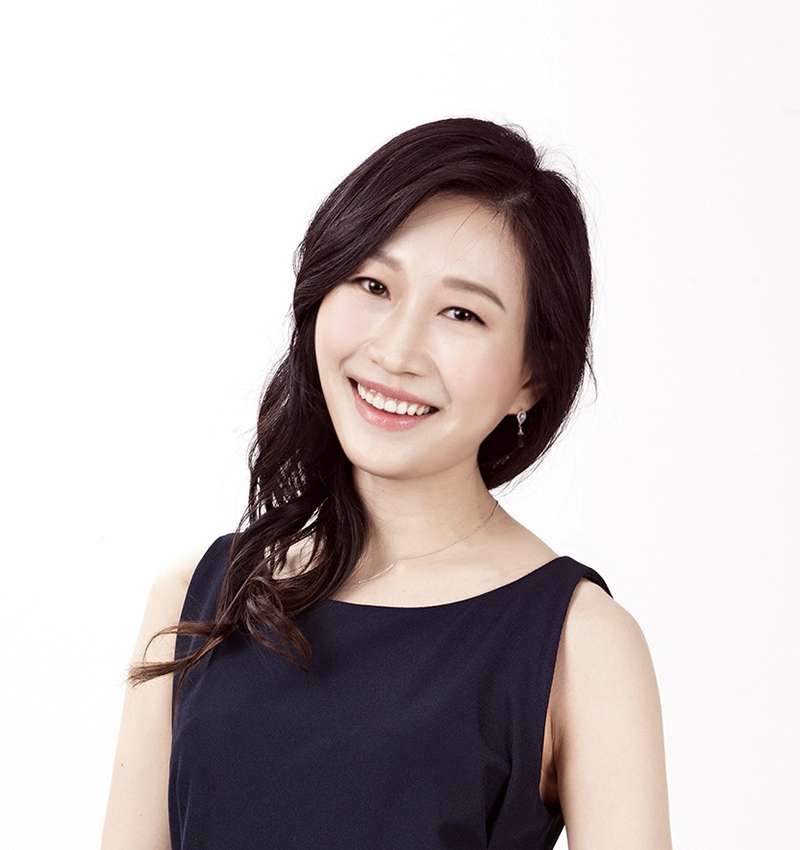 Seo Yoon Lee is a judge of the Southern District Court in Seoul, Korea.