by Marin K. Levy and Richard Re 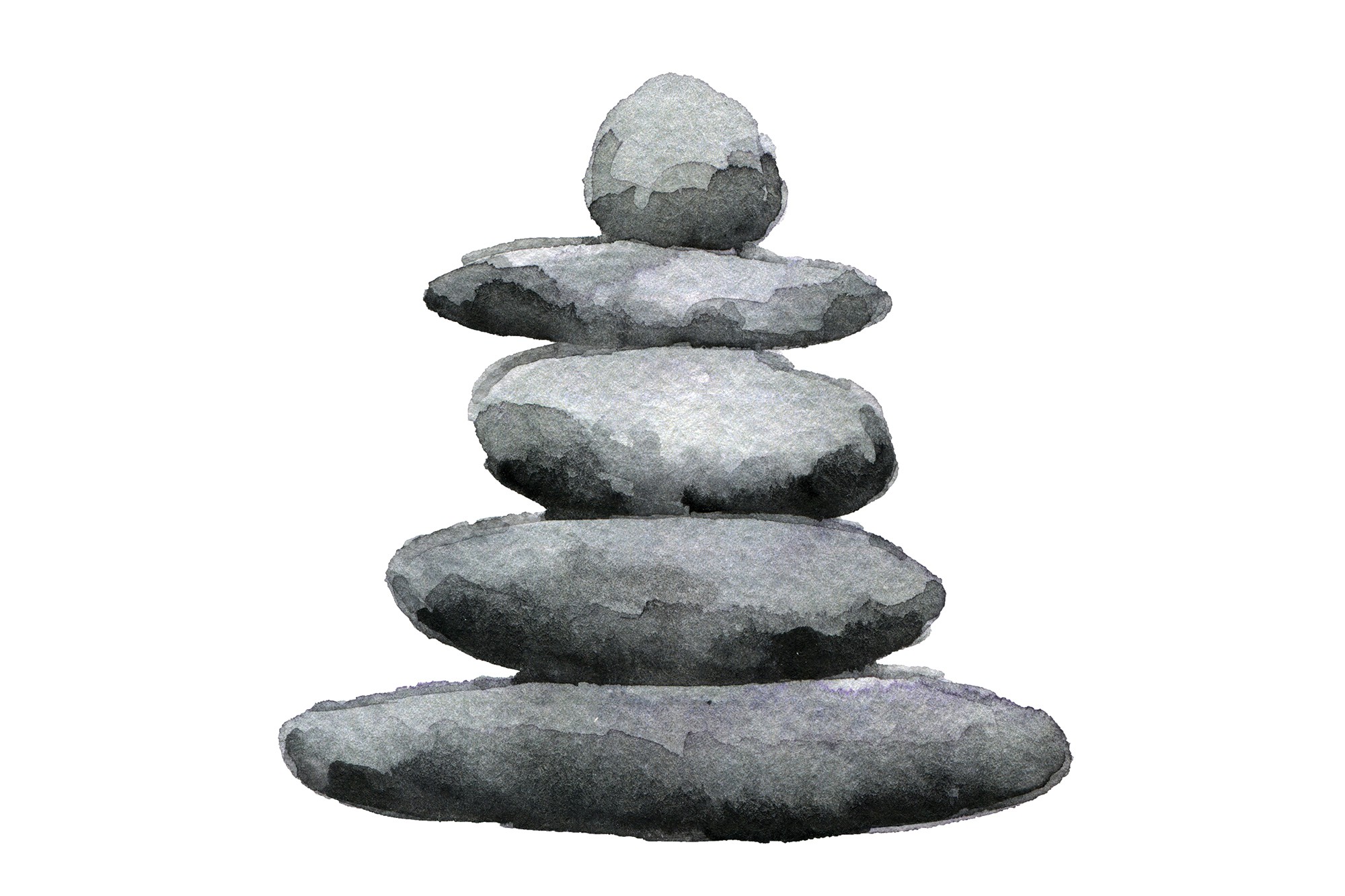 The importance of precedent seems obvious — after all, following precedent is itself precedential. But new cases and questions in front of the Supreme Court have fostered a deeper study of stare decisis, particularly in cases lacking a clear majority decision. Duke Law Professor Marin K. Levy talked with UCLA Law Professor Richard Re — whose arguments on precedent were recently considered by the Supreme Court — about where precedent is today and where it might be headed.

What makes precedent such an intriguing area of study?

Case law has always been one of the main building blocks of legal practice, but until recently there was little guidance on how precedent is made, changed, and marshaled. It’s now becoming more common to talk about “precedent on precedent,” but even that phrase generally refers to stare decisis, or the question whether to overrule a precedent.

What about all the less dramatic but more common ways that precedent comes into play, even when nobody is talking about overruling? For example, many cases feature debate on what exactly yesterday’s ruling stands for, or on how broadly to write today’s opinion. There is a shortage of case law and scholarship addressing those common but relatively nuanced questions.

The Roberts Court has also prompted new enthusiasm for the topic through its controversial and creative uses of precedent. I agree that there is something interesting going on at the Court, but I am not as sure as the critics that the justices are up to no good. So I was also drawn to some still-ongoing debates about how the Court treats precedent when it decides big cases.

You mention the Supreme Court. Can you talk more about its creative uses of precedent and whether they are justifiable?

Many debates about precedent are essentially disputes about whether to narrow. And both the right and the left flanks of the Court engage in narrowing, albeit at different times. Conservative justices might want to give Miranda a narrow reading because they want to cabin its adverse effects. And liberal justices may hope to give the same treatment to Citizens United.

Sometimes narrowing is a prelude to overruling, but not necessarily. Narrowing can be a way of experimenting with new directions or mitigating the damage of a decision that isn’t worth overruling. In these cases, the Court is justified in reading ambiguous precedent narrowly, in light of other legal considerations.

What about the lower courts?  Are they also engaged in narrowing precedent?

Courts and scholars alike often say that lower courts have an “absolute” duty to follow Supreme Court precedent. But once I saw that narrowing is a healthy part of life at the Court, I started to see viable opportunities for other courts to narrow the Court’s case law. I call it “narrowing from below.”

Of course, vertical stare decisis (precedent as between decisions of higher and lower courts) is stronger than its horizontal counterpart (precedent as between decisions of the same court). That makes sense, given that a lower court can’t overrule a higher court’s precedent. As a result, narrowing from below is appropriate less often than horizontal narrowing. But “less often” isn’t never. When Court precedent is ambiguous and outdated, for instance, lower courts may be justified in adopting narrower readings.

Unfortunately, judges sometimes claim that they are simply following precedential orders from on high when actually they are doing complicated interpretive work. But that can change, once we recognize narrowing from below as the frequently legitimate practice that it is.

What is your view on the Marks Rule, or the idea that lower courts may find a rule of decision despite the fact that no single opinion commands a majority?

When I was in law school, the Court issued a fragmented decision in Rapanos v. United States, and many courts struggled to interpret it using the Marks rule, that is, the idea that the opinion concurring on the “narrowest grounds” should control. I later became interested in this issue and was quickly perplexed by it. The Marks rule seemed like juridical alchemy: It somehow turned dissensus into precedent.

But when the justices themselves can’t agree on a majority opinion, why should an opinion concurring on the “narrowest grounds” be treated as binding? I couldn’t come up with a good answer to that question. If anything, views held by a minority of justices — and rejected by a majority — seemed uniquely undeserving of precedential status. And I kept running into this issue. Because it applies when the justices can’t form a majority, the Marks rule crops up in lots of contentious areas, like affirmative action, campaign finance, and abortion rights.

I also started to realize that some courts sympathized with my Marks skepticism. But rather than simply disavowing Marks — which they presumably lacked authority to do — the lower courts placed a limiting gloss on it. So my Marks research ended up tying into my work on narrowing from below. By construing the Marks rule narrowly, courts have mitigated the rule’s vices.

The Supreme Court discussed some of your thoughts on the Marks Rule in a recent case, Hughes v. United States — and indeed, you wrote an amicus brief there (in support of neither party, I might add).  Why was this case so important, and how did it relate to your work?

I definitely benefited from some lucky timing! Just as I was finishing up my research into how federal and state appellate courts have applied the Marks rule, the Court granted certiorari to resolve a circuit split on how the rule applied to an important sentencing case, Freeman v. United States, which had divided the Court 4-to-1-to-4. And the Court showed rare interest in clarifying how the Marks rule should apply in general. So I had an opportunity to present brand-new research to the Court just as it was considering a widely applicable issue in the law of precedent.

I was also able to share a perspective that wasn’t fully represented by the parties. In Hughes, the criminal defendant believed that Freeman didn’t generate any precedent, even under the Marks rule. But he justified that result primarily by adopting the lower court’s narrow interpretation of Marks. That litigation choice created room for my amicus brief to offer a full-throated critique of Marks, which the defendant then adopted as a fall-back position.

Unfortunately, the Court ended up punting (yet again) on what to do with the Marks rule.

The Supreme Court recently overruled precedent in FTB v. Hyatt. What does that decision say about where the Court is headed these days?

I think of Hyatt as a “cleanup” overruling rather than a “teardown.” In other words, the issue in Hyatt didn’t come up very often, and both the reliance costs and the practical benefits of overruling in that case seemed pretty small. As a result, Hyatt doesn’t tell us much about how the current Court would approach a case where the costs of overruling would be much larger.

Last term, the Court came closer to issuing a teardown in Janus v. AFSCME, but that decision was preceded by several warnings. I think that the Court will continue to give advance notice before issuing big overrulings. That approach would create more time for the public to debate and prepare for overrulings, but it might also make the Court feel freer to throw precedent overboard.

Do you have any takeaways or more general thoughts for judges, based on your work on precedent and the Marks rule?

First, courts should consider reading the Marks rule as narrowly as possible, so that they can spend more time thinking about the underlying merits of legal questions and less about which justice’s view is the “narrowest,” whatever that might mean. Supporting that approach, in Hughes the Court chose to set the Marks rule aside — and then adopted the merits position set out by the decision below.

Second, courts should consider being more open about why they read precedent narrowly or broadly. Yes, precedent is binding. But it is often also ambiguous and therefore subject to interpretation in light of other legal considerations. Courts can candidly recognize that reality while still exhibiting fidelity to stare decisis. When both the majority and the dissent strain to claim that murky precedent is wholly on their side, readers are left to wonder what really explains the disagreement.