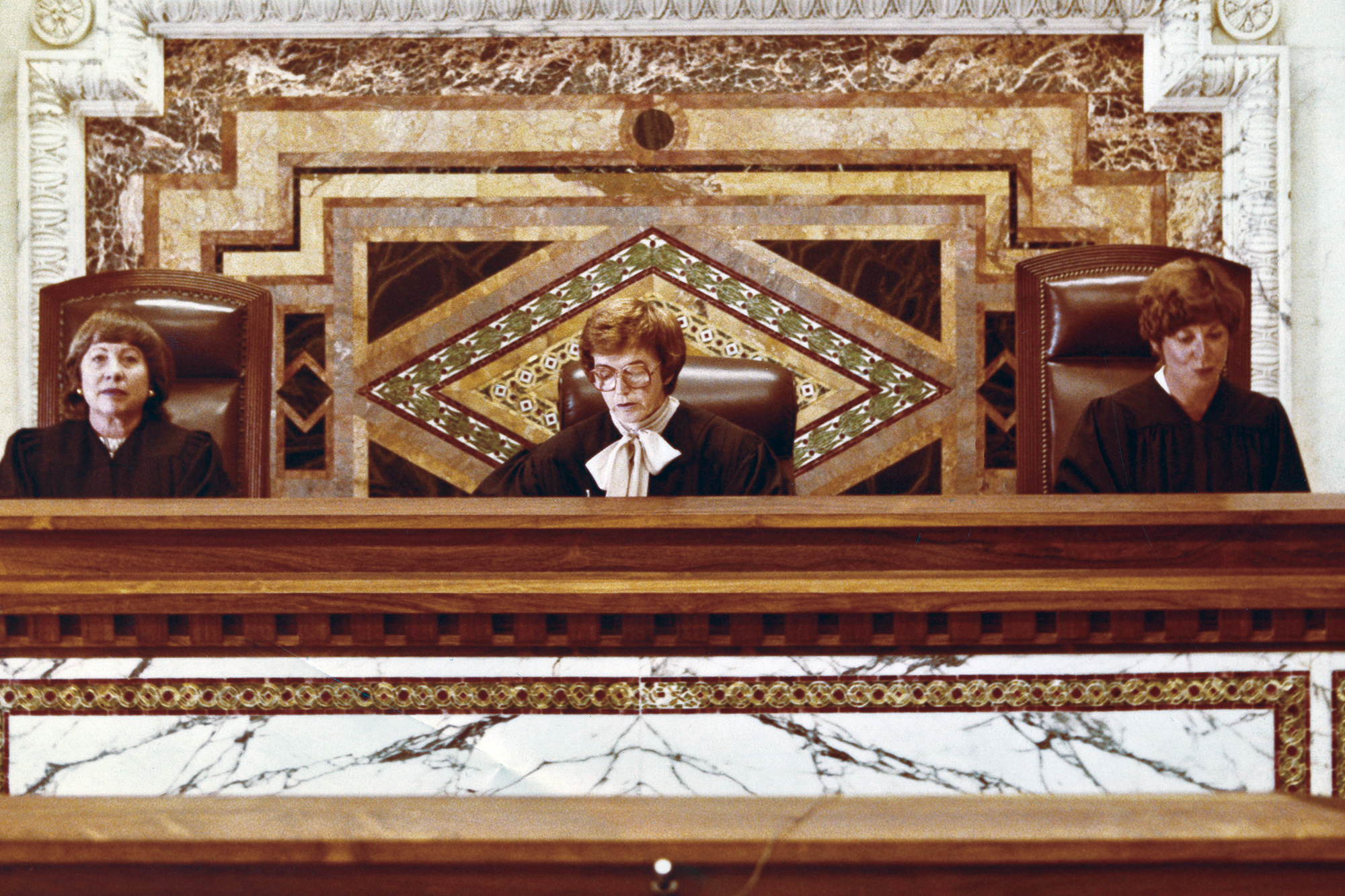 Federal Judge Sylvia Rambo first thought of a legal career in the 1940s when her school bus drove by a local law school in Carlisle, Pennsylvania. “It was like a voice came out of nowhere,” she recalls, “saying, ‘You’re going to be a lawyer.’”

Judge Dorothy Wright Nelson felt a similar urge while helping poor children as a youth counselor: “I’d wanted to be a social worker, but I thought I could help them more as a lawyer.”

Rambo and Nelson did more than become lawyers. They became legal trailblazers. Entering law school in the post-war Baby Boom years, a time when women were steered toward homemaking, they joined a historic class of women judges who forever transformed the federal judiciary — the Class of 1979.

In that year, 23 women were appointed to life-tenured U.S. judgeships — more than doubling the number of women appointed as federal judges in the previous 190 years. Today, women make up one-third of the courts’ full-time, active Article III judges.

These pathbreaking judges benefited from a perfect storm of opportunities: a president determined to diversify the judiciary; a new vetting system that downplayed politics; and a 1978 law that created 153 vacant judgeships. The key, however, was a new generation of women lawyers who were willing to break glass ceilings, often while handling childcare duties.

In the 1950s, all-male law faculties and law firms were common, and women were a rarity. Those who persevered through school found the legal profession no more welcoming. Judge Carolyn Dineen King, of the U.S. Court of Appeals for the Fifth Circuit, recalls being visited by a partner at her firm shortly after the birth of her second child in 1970. “He said to me out of the blue, ‘You are not going to make partner.’” King didn’t believe him. When she was rejected for partner two years later, she quit on the spot.

Today, the judges say they trace their professional confidence to their families. Despite society’s attitudes about women in the workplace, they explain that their parents, and later their husbands, treated them as equals and supported their interest in the law.

Judge Anne Thompson, of the District of New Jersey, was inspired by her father and mother, who attended segregated schools before working as professionals in Philadelphia. “My mother was a woman who knew nothing but discrimination, but she had an openness and energy, embracing the world and people of all types,” Thompson recalls.

The women of the Class of 1979 might have had quietly distinguished legal careers had history not intervened. In 1977, when Jimmy Carter entered the White House, previous presidents had appointed 1,824 life-tenured federal judges. Only 23 were African Americans; just 10 were women. Carter pledged to diversify the judiciary.

Nelson, as dean of the University of Southern California School of Law and chair of the American Judicature Society, helped establish nonpartisan commissions to review potential judges based on legal ability. Importantly, the committees included women members, which may have saved Judge Stephanie Seymour’s judicial hopes: She later learned her file was initially discarded by a panelist who said a mother of four couldn’t possibly handle an appellate judge’s workload.

Then a leading male candidate was discussed. “A woman on the commission who had quick wits said he wasn’t qualified because he had five children and couldn’t possibly handle the job,” says Seymour, of the U.S. Court of Appeals for the Tenth Circuit. “She saved me from being thrown in the wastebasket.”

The women judges of 1979 broke new ground throughout their careers. Eleven eventually served as chief judges, and seven served on the Judicial Conference of the United States. In 1981, two were part of an all-female merits panel for the Ninth Circuit — the first time women had filled all the seats of a federal judicial panel. (A photo of that panel appears above, with, left to right, Judges Dorothy Wright Nelson, Betty Binns Fletcher, and Judith Keep. Photo courtesy of the Ninth Circuit Court of Appeals Archives.)

“Our appointments drove the stereotypes away,” says Judge Susan H. Black of the U.S. Court of Appeals for the 11th Circuit. “At long last, women were looked at the same way men were looked at.”