Sober as a Judge 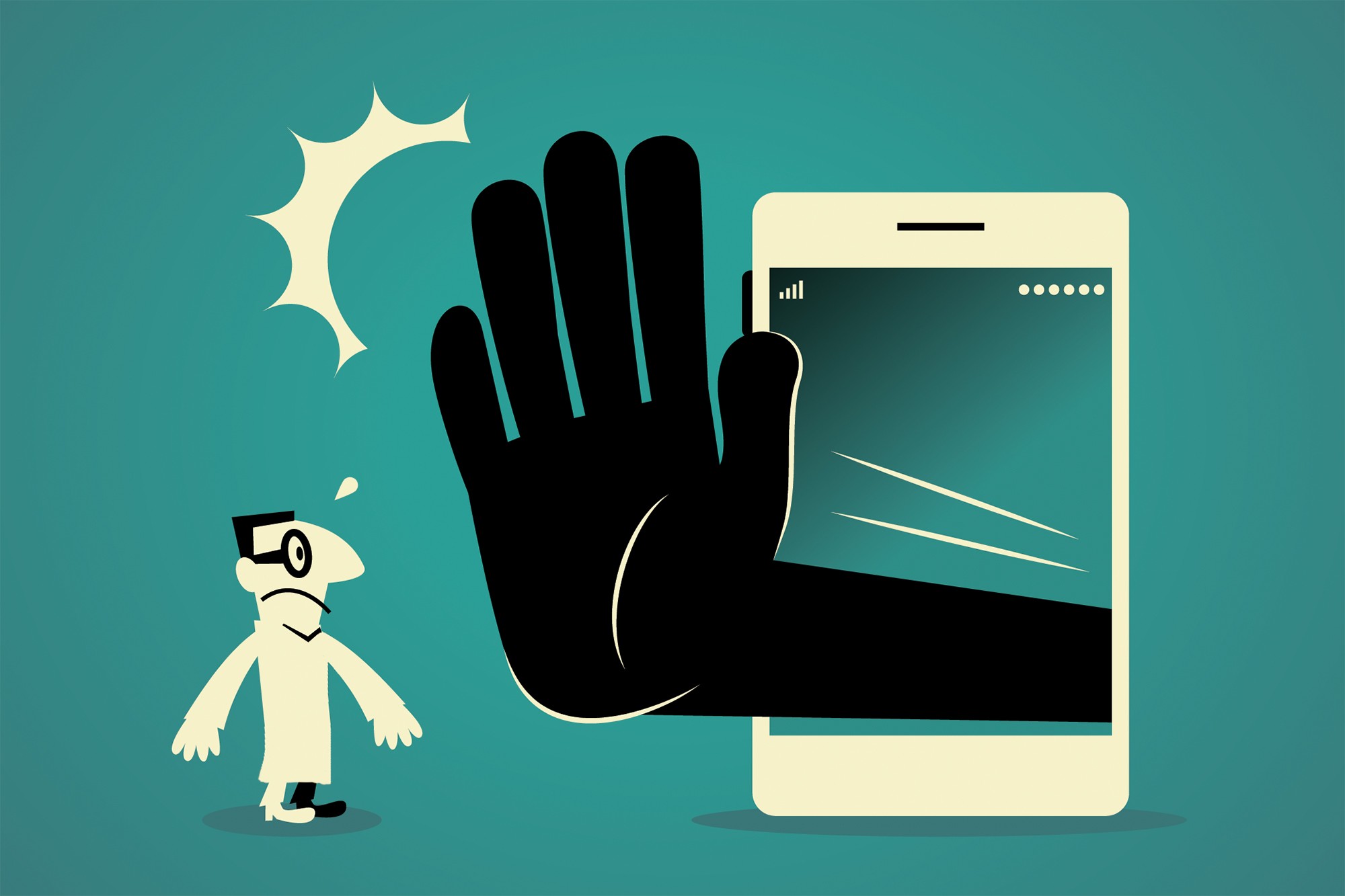 Whether in the courtroom or on social media, judges should be careful about joking around.

Judges are often warned against the careless use of humor. Humor is very subjective, but the ethical rules for judges are objective and depend not on the intent of the judge but on the reasonable expectations and reactions of others, which for a judge is often a captive audience. Thus, “just joking” is not a defense to a charge of conduct that is rude or appears biased or otherwise inappropriate.

While advice to take care when using humor is most important in the context of the power imbalance of the courthouse, judges must also follow it off the bench, where the code of judicial conduct still applies. It is particularly apt when judges use social media, a forum notorious for casual stereotyping, offhand cruelty, and intentional provocation for the sake of yuks. Judges should keep in mind that the public expects more of them than they do of other people — online as well as off-line.

Several judicial discipline cases illustrate the problems that arise when judges give in to the siren song and follow others in the online quest for “likes,” “shares,” “views,” “retweets,” “LOLs,” and “thumbs up.”

Related Reading: The Troubles of the Social Judge

One judge began a post with “In the category of, You can’t make this stuff up!” and then described an eviction proceeding. A maintenance worker had found powder that tested positive for heroin under the bathroom rug in an apartment. The tenant testified that the heroin was not his, explaining that cocaine, not heroin, was his drug of choice, and that he keeps his drugs in a safe. When the landlord asked how the heroin got into the apartment, the tenant said, “I don’t know. Maybe one of the hookers I had in my apartment left it.” The judge ended his post with: “Needless to say, the Court ruled in favor of the landlord.”

When one of his Facebook friends asked if this was a true story, the judge posted in reply: “Yes. It goes without saying but the tenant wasn’t the brightest bulb in the chandelier.”

Because the case had concluded, the Arizona Commission on Judicial Conduct did not find a violation of the prohibition on a judge commenting publicly on a pending or impending matter.1 However, the commission did find that mocking the tenant’s intelligence created an appearance of impropriety and diminished public confidence in the judiciary, and it publicly reprimanded the judge.

The Minnesota Board on Judicial Standards reprimanded a judge for his public Facebook posts about several proceedings on which he had sat as a senior judge.2

The judge introduced one post with: “[L]isten to this and conclude that lawyers have more fun than people.” He then described a medical school graduate’s petition to expunge her conviction for disorderly conduct based on her assault on her boyfriend after she found him having sex with her best friend. He explained that he had granted the petition even though he thought he would be reversed if the prosecution appealed, because the petition had been filed too soon. Others commented on the judge’s post, stating for example, “I am always heartened by the application of common sense. An excellent decision, in my opinion,” and “You’re back in the saddle again Judge.” Those favorable comments, the board explained, could create the appearance that the judge’s decisions in “cases could be influenced by the desire to make a good impression of himself on his Facebook page.”

In addition, the judge posted about criminal defendants with lengthy histories of bench warrants, commenting, for example, “We deal w/a lot of geniuses!” He also described one day’s courtroom proceedings with “What a zoo!” and referred to a defendant as “a Klunk.”

The board emphasized its concern that the judge was putting “his personal communication preferences above his judicial responsibilities” and putting “his personal interest in creating interesting posts ahead of his duty to maintain the appearance of impartiality.” The board also found that his posts “could reasonably be interpreted as showing he had concluded that the defendants were guilty. Even if these cases were not assigned to him for trial, his opinions on the defendants’ guilt could undermine the appearance of his impartiality in criminal cases that were assigned to him.”

“To get a laugh and to make people think about life choices,” a Tennessee judge provided a “legal tip of the day” on Facebook. One post advised that “when stealing stealth is key. You want to blend in with your surroundings.” He gave as an example, “You and your 5’10 sister walk in [Walmart] with green hair and green toenails and green flip flops that smack the back of your feet with every step you make and you don’t blend in and you are caught with three steaks shoved into your pants. You forgot to be stealth.”

In another post, the judge wrote, “remember people, the goal of criminal and bad behavior is to get away with it.” As an example, he described two women arguing outside the courthouse when one “scream[s] out ‘b*tc* what’s hood!’” The judge added that “screaming and cursing and fighting in front of police officers 10 out of 10 times is detrimental to ones [sic] freedom.”

In a third post, the judge wrote that it is “downright damn humiliating when [police are] pulling crack from your crack! Find someplace else to hide your stash.”

In addition, the judge posted: “Well damn! Give me a black hat and a black horse and call me a desperado, I feel like I was in [sic] just busted,” in reaction to a Chattanooga Times Free Press story about the second time his law license was suspended for failing to comply with continuing legal education requirements.

In its public reprimand, the Tennessee Board of Judicial Conduct concluded: “[R]egardless of motivation, it is neither dignified nor appropriate for a judge, especially one who hears criminal cases, to be providing legal advice such as ‘when stealing stealth is key’ or urging the public to be mindful that ‘the goal of criminal and bad behavior is to get away with it.’” Noting that the Tennessee Supreme Court has warned that “lawyers who choose to post on social media must realize they are handling live ammunition,” the board stated: “The same is true for judges. Judges choosing to participate in inherently public platforms must exercise caution and carefully evaluate whether their social media communications foster public confidence in the integrity, independence, and impartiality of the judiciary.” The board found that the judge’s social media posts did not “reflect the requisite caution and reflection.”3

In addition to their own attempts at comedy, judges are accountable for the tastelessness and insensitivity of so-called jokes they may share via social media. Rejecting a judge’s attempt to distance himself from the controversial positions he had retweeted, the California Commission on Judicial Performance stated the obvious: “‘Likes’ are, on their face, indicia that a person likes content.”4

The commission also emphasized the size and exposure of social media platforms and the ability of other users to screenshot or share others’ content. By tweeting or re-tweeting content, the commission stated, the judge “effectively distributed material to an unlimited number of persons, over whose actions he had no control.”

Judges have to be particularly careful about sharing internet memes or slang and using emojis that could have cryptic meanings the judge may not comprehend but may be obviously offensive to those with more social media savvy. Moreover, restricting those who can see their posts in privacy settings and hiding their judicial status does not immunize judges’ online activity.

In general, social media is fraught with peril for judges. Trying to let their hair down and push the humor envelope magnifies the risk that judges will go viral for something other than the wisdom of their decisions or their dedication to their community. Thus, judges should keep in mind the following advice when using social media:

Cynthia Gray is the director of the Center for Judicial Ethics at the National Center for State Courts. Follow her blog at NCSCJudicialEthicsBlog.org. Find the National Task Force’s Fines, Fees, and Bail Resource Center at www.ncsc.org.