The Joy of Judging with Justice Rosalie Silberman Abella 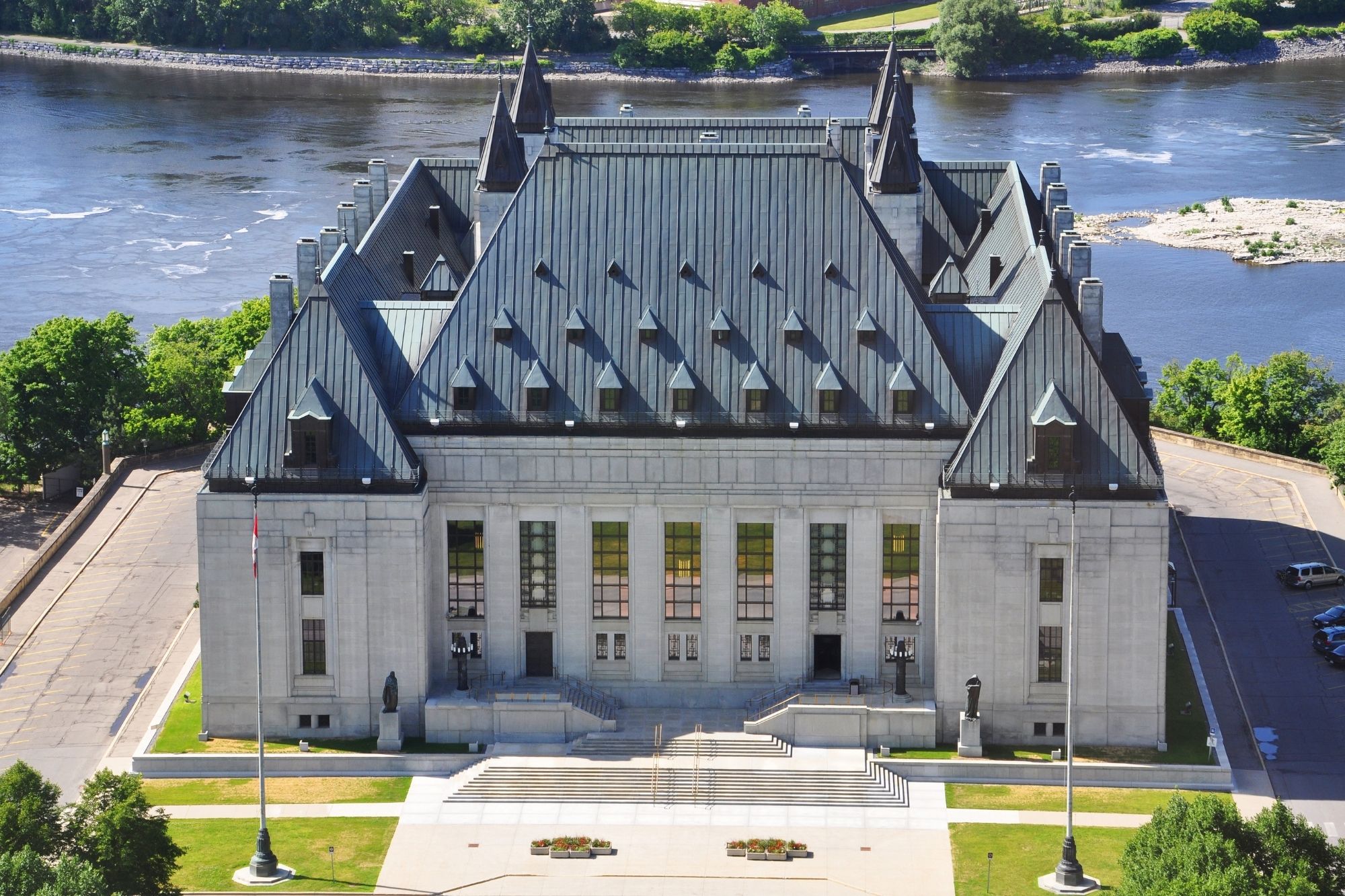 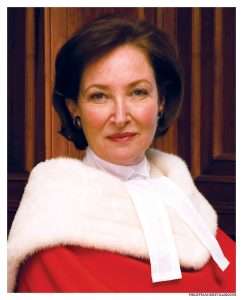 In her last day as a sitting judge at the Supreme Court of Canada, Justice Rosalie Silberman Abella left us with these parting words: “Justice is the application of law to life, not just the application of laws to facts.” This sentiment echoes throughout her lifetime of contributions to the law, as one of the world’s most celebrated jurists.

Her departure from Canada’s highest court ushered in a time of gratitude, sadness, and reflection for many. Beyond her brilliant legal mind, she is known for an unbounded heart, unbreakable idealism, warmth, fondness for the arts, and a truly insatiable appetite for learning. As her close colleagues and friends, we can say with confidence that life at the Supreme Court of Canada will never be the same.

In this article, we hope to share a more intimate and personal glimpse of the woman whom we so greatly admire, and are so incredibly lucky to call a friend and colleague.

Justice Abella has a long and diverse list of accomplishments, the provenance of which can be traced back to her early years.

It is an understatement to describe Rosalie Abella’s childhood as a “humble beginning.” She was born in a displaced-persons camp in Germany in 1946. Her parents, Jacob and Fanny Silberman, were Jewish refugees who had miraculously survived three years in concentration camps. Born in a place of tragedy and hardship, she was instilled with the resilience, fortitude, hope, and compassion that she is known for today.

Her family arrived in Canada as refugees in 1950. Her father, a trained lawyer, was not permitted to practice law because he was not a Canadian citizen. As a result, his daughter Rosie vowed to become a lawyer — at the ripe age of four.

Her tenacity proved to be unstoppable. She graduated from the University of Toronto Faculty of Law in 1970, as one of five women in her class. She would be called to the bar two years later. After practicing civil and criminal litigation for four years, she was appointed to the Ontario Family Court in 1976 at just 29 years old. She was the youngest and first Jewish person to be appointed to the judiciary. She was also known as the first pregnant judge to preside in a courtroom in Canadian history. These were among the many glass ceilings she would shatter in her career.

Justice Abella reveled in the life of the law, and quickly became known for her strong commitment to social justice and equality. Early in her career, she was appointed as a commissioner of the Ontario Human Rights Commission, a member of the Ontario Public Service Labour Relations Tribunal, and Co-Chair of the University of Toronto Academic Discipline Tribunal.

Perhaps most notably, in 1984, she penned a highly influential report in her role as the sole commissioner of the Royal Commission on Equality in Employment. In that report, she introduced the term and concept of “employment equity”: a strategy for reducing barriers in employment faced by women, visible minorities, people with disabilities, and Indigenous people. Her report informed policies implemented across the world, the effects of which are still felt today.

The report also laid the foundation for substantive equality rights in Canada. The Supreme Court of Canada subsequently adopted her theories concerning equality and discrimination in its first case on equality rights under the Canadian Charter of Rights and Freedoms in 1989 — Andrews v. Law Society of British Columbia, [1989] 1 S.C.R. 143. Andrews found that the prohibition against non-citizens pract-icing law violated the equality provision under s. 15(1) of the Charter. This case completed the circle, as it was the same kind of law that had prevented Justice Abella’s father from practicing law in Canada decades earlier.

Justice Abella was appointed to the Ontario Court of Appeal in 1992, and just over a decade later, became a judge of the Supreme Court of Canada in 2004. Her dedication to equity, justice and dignity for all marks her jurisprudential legacy. Justice Abella wrote reasons in several landmark human rights decisions, including: Alberta v. Hutterian Brethren of Wilson Colony, 2009 SCC 37, [2009] 2 S.C.R. 567; R. v. N.S., 2012 SCC 72, [2012] 3 S.C.R. 726; Federation of Labour v. Saskatchewan, 2015 SCC 4, [2015] 1 S.C.R. 245; and most recently, Fraser v. Canada (Attorney General), 2020 SCC 28. She had a strong and principled voice, whether in majority or dissent. She also wrote groundbreaking decisions in areas like family law, Aboriginal law, consumer law, and copyright law. Her ability to attain proficiency in such disparate fields ensured that, as a jurist and colleague, she could only be described as “the gift that keeps on giving.”

Throughout this awe-inspiring life, Justice Abella has made tremendous contributions toward Canada’s legal landscape and the lives of everyday Canadians. Yet with all her accomplishments, she has remained true to herself and retained her humility and humanity. While she spent more than 45 years of her impressive career in judicial robes, wearing the title of “Justice Abella,” she is known and adored (across the nation and internationally) as simply “Rosie.”

We each first met Rosie in academic settings — at legal conferences in the 1980s on administrative law and another on equality. It should come as no surprise that she was an invited speaker and highly esteemed at these events. We fondly recall the passion and eloquence with which she spoke, the rigour in her intellect, and of course, her remarkable vocabulary. Our friendships have been nourished over the course of many joint projects, piano duets, a persistent chorus of laughter, and a few glasses of chablis.

The Rosie we came to know and admire in our time at the Supreme Court of Canada was a joy to be around. She brought to the Court not only her strong work ethic and deep engagement with the issues, but also immense collegiality and a great sense of humour. She worked tirelessly to finalize reasons that were succinct and accessible for the Canadian public; her idea of justice was not limited to the outcome of cases, but extended to how those outcomes were delivered. The beautifully written judgments for which she is revered were the product of much thought, in respect of both the substantive legal questions before the Court and the specific words and phrases she would ultimately select to deliver her reasons. As a big-picture thinker, Rosie focused on both the theoretical and practical implications of all her decisions. She often looked to international law, philosophy, history, and literature as sources of insight. Above all, she was motivated by fairness and the rule of law — or as she put it, the rule of justice — principles that loomed large in the body of jurisprudence that she leaves behind as part of her legacy.

In our exchanges at the Court, Rosie’s knowledge of the law bordered on encyclopedic. It certainly helped that as the longest serving jurist in Canadian history, she was involved in many of the cases she recounted. She would recall and relate the deliberative discussions and the live issues in cases she had heard more than a decade prior. And it wasn’t just her knowledge of jurisprudence. She could also recite every word to her many favourite show tunes and make time to read an astounding number of non-legal texts each year.

As colleagues, we could rely on Rosie for her articulate and honest feedback on our own drafts, while as friends, we could equally rely on her honest — and at times too honest — feedback regarding our fashion choices. Similarly, as sisters-in-law, it was not uncommon for our heated debates on social or legal issues to devolve into discussions on earrings! When Rosie thought a particular item was dull or did not flatter us, she was quick to dissent. She always made it abundantly clear that she did not share our commitment to black attire. She made great efforts to infuse colour into our wardrobes and lives where she could — whether it was by sending us bright balloons, or unique gifts like a heart paperweight or a unicorn-shaped tape dispenser with a rainbow mane.

Rosie is an incredibly generous woman. Over the years she has filled our offices with collections of trinkets that brought us joy and made us laugh. Her generosity is an extension of her connection to others — Rosie loves people, and she loves them deeply. And they return the sentiment. While at the Court, she took the time to get to know those around her, whether it was her colleagues, her law clerks, or the staff. She broke down barriers because she cared and was not afraid to ask personal questions. Her large network of friends never ceases to amaze us. Whenever we were in public with Rosie, she seemed to know everyone. If she didn’t know them when she entered the room, Rosie was sure to make a friend by the end of the visit and to keep in touch for years to come. She shared with others her broad knowledge and deep wisdom, her passion for Broadway, and of course, her preference for flamboyant tones.

Rosie’s love and dedication to her family was always obvious. In her office — packed with photos of generations of Silbermans and Abellas — she would regale us with stories of her clan, including her beloved husband of more than 50 years, historian Irving “Itchie” Abella, her sons, and her grandchildren. Her family grounded her and was the compass that led her to making equitable decisions that would benefit generations of Canadians to come. Rosie’s family has filled her life with love, pride, gratitude, and happiness. Indeed, they have become part of our families. For example, in our circle, the Abella and Karakatsanis households are known collectively as the Karavanabellas!

It came as no surprise that Justice Abella would embark on her next journey as a visiting professor at Harvard Law School. Throughout Justice Abella’s career, she has taken a keen interest in academia. She is a prolific legal scholar, and currently holds almost 40 honourary doctorates. She has taught in universities and has delivered lectures and speeches around the world. She is a natural teacher; her electrifying speeches impart her boundless energy, tenacity, and intellectual curiosity, leaving listeners engaged and inspired. All of her future students will be incredibly lucky to benefit from her expertise, mentorship, scholarship, and passion.

As we watch to see the great contributions Rosie will make in the next chapter of her life, we cannot help but think of how much we miss her in our day to day lives. Rosie was a friend who sparked joy in our lives at the Court with her exuberance, vivaciousness, and beguiling joie de vivre. We will miss the sparkle of her sequined masks roaming the hallways, the sound of her laugh, and the music echoing out of her office — be it jazz, classical, or show tunes. She unfailingly challenged you to think deeply and brought a smile to your face. Justice Rosalie Abella’s example serves as an important reminder to live by our convictions, honour our loved ones, and never forget that life is better lived in colour.

May We Suggest: Beverly McLachlin: A Remarkable Journey to the ‘Centre Chair’