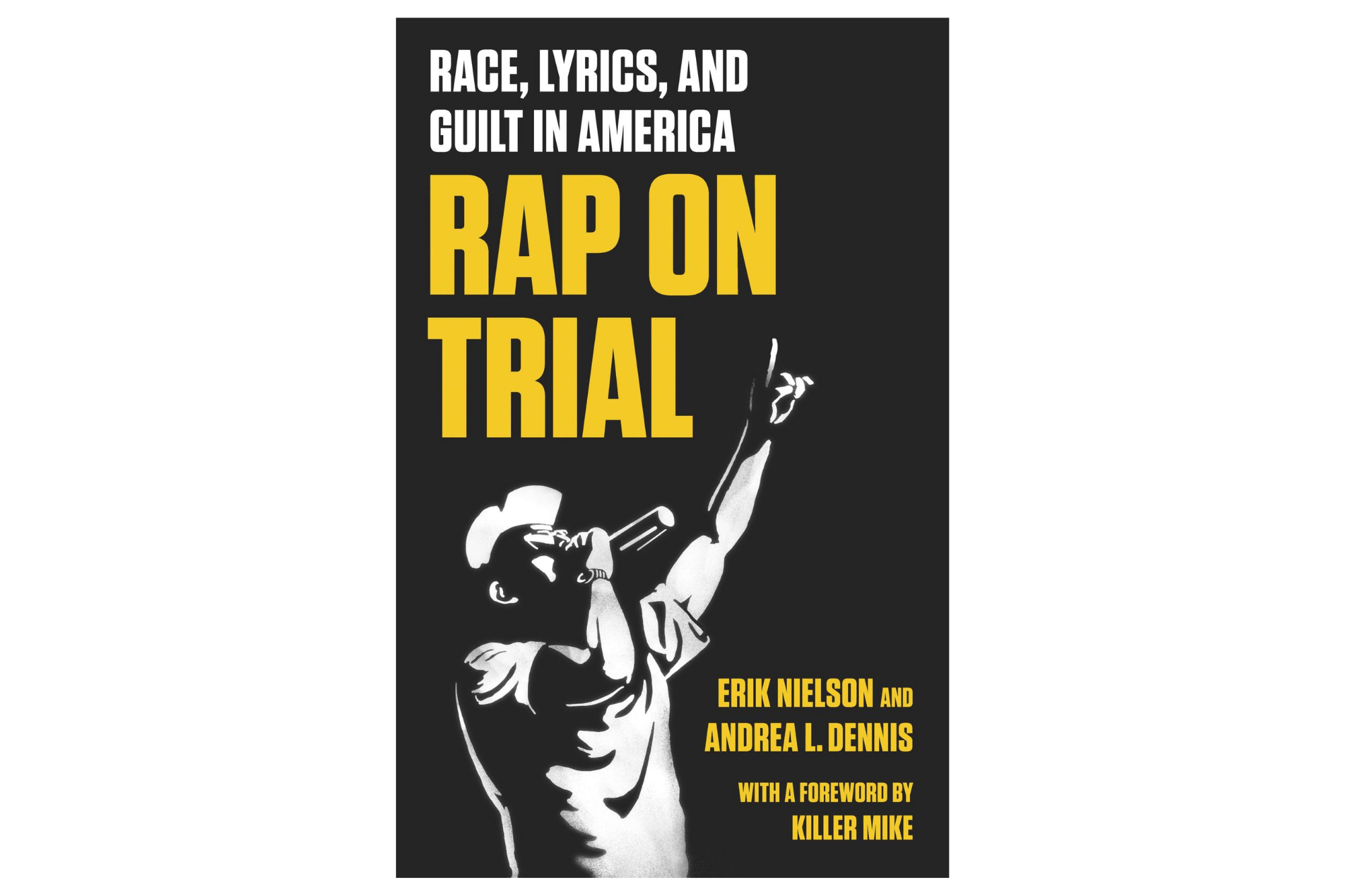 With the Fourth Amendment gone, eyes are on the First //
That’s why I’m spittin cyanide each and every verse

These lyrics from American rap artist Paris’ 2003 album, Sonic Jihad, seemingly anticipate a future of curtailed free speech for African Americans. The growing practice of using rap lyrics against criminal defendants represents one way this is occurring in the United States today. In the song, the reference to the Fourth Amendment’s absence refers to policies that include aggressive stop-and-frisk campaigns, the proliferation of “no-knock” warrants, and police shootings of Blacks, among other afflictions. Simply living in a “high-crime” area — what is often the hoods, ghettos, and barrios of the United States — is a factor that works to the detriment of the defendant when it comes to police establishing reasonable suspicion to stop, and possibly frisk, an individual. For Paris, this gutting of the Fourth Amendment has cleared space on the chopping block for free speech.

Rap on Trial: Race, Lyrics, and Guilt in America, by Erik Nielson and Andrea L. Dennis, explains how prosecutors use rap lyrics against criminal defendants at trials and sentencings. The book highlights a modern legal tactic that reads like a magic trick. In the hocus-pocus, a prosecutor introduces an author’s poetry into evidence against the author himself, in order to disappear the author into the criminal justice complex. Nielson and Dennis spill the secrets behind this trick, arguing that this “evidence” should be excluded under evidentiary rules. Using lyrics as evidence in this way is bewildering. It effectively treats the defendant’s lyrics as a biography for whatever purpose the prosecution needs. Even more mystifying is that a product of free speech, rap, is being used to curtail free speech itself, which has stark racial implications since the tactic focuses almost exclusively on minority defendants and a predominantly Black art form. The rapper Ice-T once explained the double-standard plainly: “If you believe that I’m a cop killer, you believe David Bowie is an astronaut.”

Generally speaking, this book is an interdisciplinary venture that may be situated in the area of studies known as “hip-hop and the law.” Drawing on the authors’ expertise — Nielson is an associate professor of liberal arts at the University of Richmond, where he teaches courses in hip-hop and African American literature, and Dennis is the John Byrd Martin Chair of Law at the University of Georgia School of Law and a former assistant federal public defender — the book displays a sophisticated understanding of both hip-hop culture and substantive criminal law and evidence law. The foreword by hip-hop artist Killer Mike adds a dose of authenticity and reality, particularly since what is at stake here is not some theoretical musing — for him it is personal. As an artist and activist, he too risks suffering legal consequences for his own writings.

Scholars working at the intersection of hip-hop and the law have underscored a number of issues. On the music side, the rise of electronic sampling in hip-hop has spawned copyright issues, litigation, and developments in law and policy, including changes to the way artists create music. Copyright issues have also arisen in the context of DJ mixtapes and their distribution by hip-hop DJs. Moreover, hip-hop artists have had other run-ins with the “law” and have had an uphill battle to speak freely. For example, when the group N.W.A. performed on tour, police were notorious for shutting down the group’s shows if they performed their song “Fuck Tha Police.” A few years later, police and their unions would fiercely lobby to have Body Count’s 1992 release, “Cop Killer,” removed from record shelves.

The book outlines the various ways that prosecutors use rap lyrics in criminal proceedings. One tactic is to treat the writing as a diary, which is when prosecutors treat a defendant’s lyrics as “rhymed confessions.” When the lyrics were written before the crime, prosecutors treat the lyrics as demonstrating the defendant’s state of mind about the crime and its commission, including motive, intent, and knowledge. Prosecutors have also introduced lyrics to demonstrate evidence of threats made by the defendant. These various strategies of using rap against defendants show a number of ways to exploit the lyrics. The authors give the reader a useful rubric for analyzing court cases described throughout the text. Moreover, they make clear that the treatment of rap as evidence of a threat is somewhat disingenuous, given the nature of hip-hop culture and its historical pedigree of battling and dissing.

This point highlights one of the book’s main strengths, the tracing of hip-hop history and how this cultural development helped to quell gang violence. In addition to the various elements that embody hip-hop, the authors highlight the rap and musical aspects as critical, since these elements created novel arenas of musical and oratorical competition. Rap music’s no-holds barred approach to art was a way of sublimating violent gang rivalry, substituting symbolic violence over real violence through modes of “battle.” Through music, rap offered a new space for artists, particularly young Black artists, to experiment and express themselves freely — the good, bad, and ugly. And of course, it was a way to make money and possibly escape poverty.

By detailing the sociological importance of rap to Black culture and the voice it gave to urban youth, the book provides an informed context for considering the malignant impacts of prosecutors using lyrics in criminal cases. Hip-hop music once may have been the ultimate space for freedom of expression. Today, however, that space is under attack like no other art form. “No matter that the music provides public commentary. No matter that punishing it, even indirectly, will undoubtedly chill it. No matter that courts are not applying their same faulty logic to other art forms.” (P. 114.) Not only does this work expose the constitutional and evidentiary flaws in the way the law treats underclass defendants, it also demonstrates the limits of “free speech” for the underclass.

This book is laudable on other counts as well. In its treatment of these complex legal and sociological issues, the work shines with an engaging writing style that is accessible to a general audience. Its thorough research will be welcomed by academic audiences as well, including professional, graduate, and undergraduate students. The work’s conclusion is plain and simple: Rap lyrics have no place in criminal court. From the book’s perspective, the exclusion is necessary to neutralize the onslaught of aggressive prosecutors and questionable “experts” on gangs and rap lyrics who, together, tip the scales against defendants. Although the authors recognize the possibility of piecemeal reform to these various problems, they argue that eliminating the use of lyrics altogether would be a more effective and efficient solution.

Among other avenues of redress, the authors propose rap shield rules: legislation that would protect free speech by banning the use of lyrics, videos, and other materials as evidence in criminal proceedings. They espouse expressive speech privileges: legislation that would limit the use of evidence that receives First Amendment protection. They also advocate for more rigorous judicial oversight, such that courts perform their actual function as gatekeeper of inadmissible evidence. Finally, the authors propose an abridged notion of nullification for jurors, such that jurors in a criminal case should refuse or nullify consideration of rap lyrics introduced in criminal court. (Pp. 157-160.)

This book is as fascinating as it is frustrating. In pointing out this legal double standard in the prosecution of ethnic minority defendants, the text likely leaves readers indignant about these prosecutorial practices and court laxity. This is especially true when considering that other musical genres — like country, rock, and death metal — are known for graphic and violent lyrics, yet prosecutors have focused nearly exclusive attention on rappers. As Nielson and Dennis show, “Within the criminal legal process, it has become apparent that rapper defendants are not considered legitimate artists and rap music does not merit the artistic recognition granted to other forms of art. This perspective helps courts justify weaker First Amendment protections.” (P. 114.) 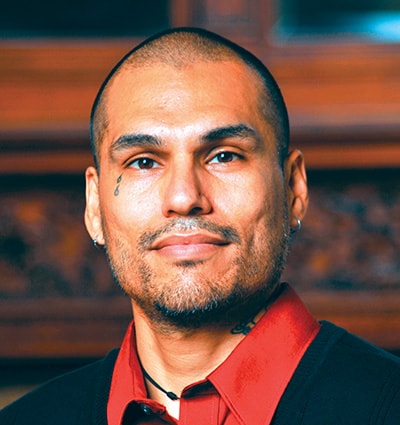 SpearIt is a Professor of Law at Thurgood Marshall School of Law, Texas Southern University, where he teaches Evidence, Professional Responsibility, and Criminal Procedure. SpearIt is the author of American Prisons: A Critical Primer on Culture and Conversion to Islam (First Edition Design Publishing, 2017), and is a contributing editor at The Islamic Monthly magazine and JOTWELL Criminal Law.