The U.S. Constitution and Judicial Qualifications: A Curious Omission 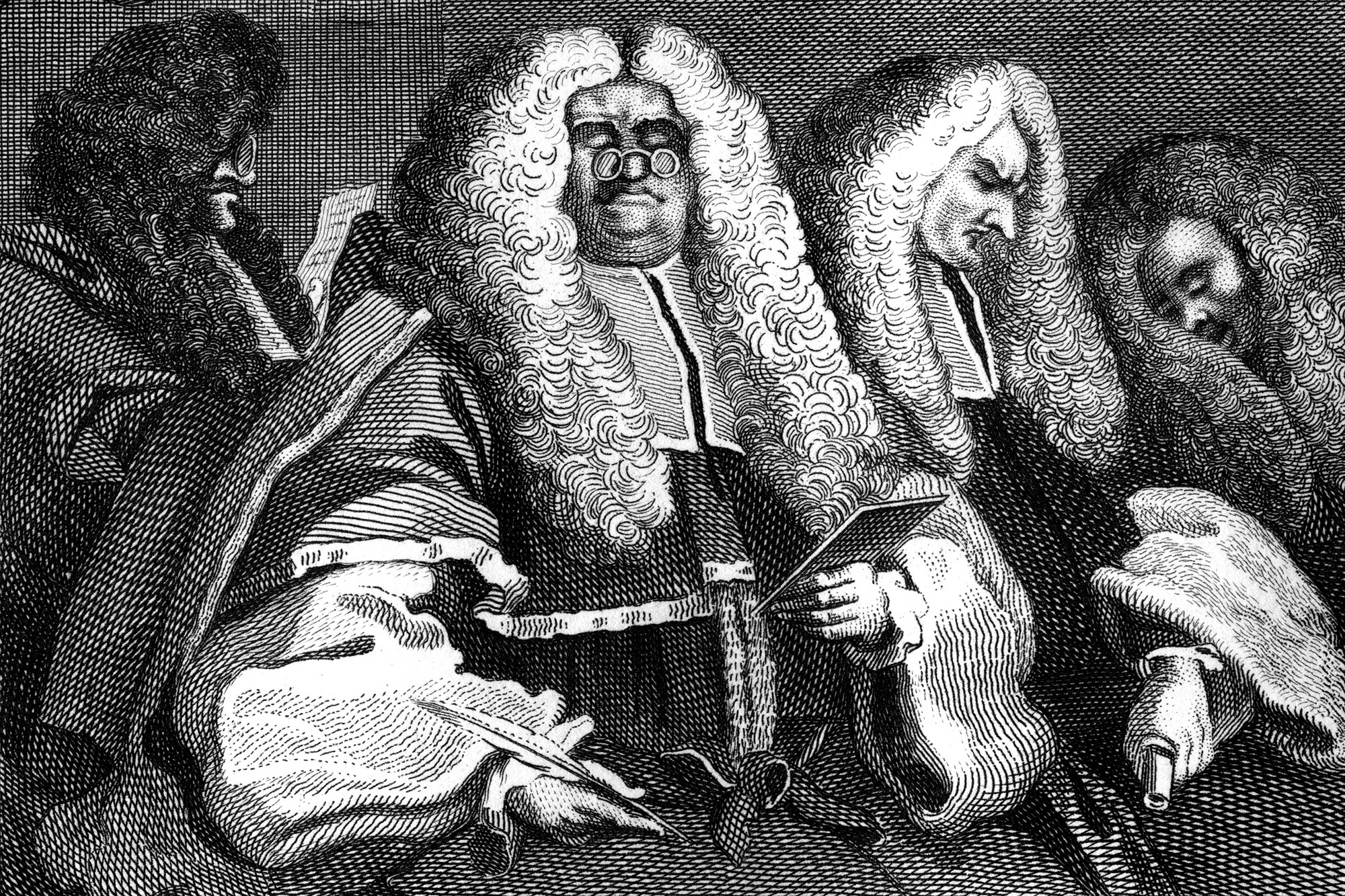 The Constitution carefully spells out qualifications for President and members of Congress, but is virtually silent with regard to judicial qualifications. Why?

It is common knowledge that, under Article II of the Constitution, a person must be 35 years of age, “a natural born Citizen,” and fourteen years a resident to be President.1 Similarly, Article I of the Constitution outlines age and residency requirements for Congressmen2 and for Senators.3 It is unusual that no comparable qualifications are listed for members of the federal judiciary.4 Moreover, a review of the convention debates and other contemporary sources reveals that little attention was paid to this issue.

The central debate at the Constitutional Convention concerning judicial qualifications dealt primarily with legislators rather than with judges. That discussion concerned whether federal officeholders should have to own a specified amount of property.5 The central discussion, ultimately irrelevant, centered on whether property should be landed or not and whether those with debts owed to the United States should be permitted to hold public office. Presumably, the age qualifications for congressmen and for the chief executive are designed to insure certain maturity. This makes the omission of qualifications in Article III even more puzzling. Everyone at the convention presumably knew that members of the judiciary would require special maturity. One reason that the Anti-Federalists pushed so hard for guarantees of a jury trial in the Bill of Rights was their conviction that a jury of one’s peers would serve as a balance to the more sophisticated reasoning of the judges.6

In Federalist #78, Alexander Hamilton defended judges as exercising “neither FORCE nor WILL but merely judgment.”7 He declared that because judges will work from precedents, which will “demand long and laborious study to acquire a competent knowledge of them . . . there can be but few men in the society, who will have sufficient skill in the laws to qualify them for the stations of judges.’’8 The number having the necessary knowledge would narrow further by finding “those who unite the requisite integrity with the requisite knowledge.”9 Hamilton continued in Federalist #79, not to recommend a minimum age or other qualifications for judges but rather to dispute with those who, following the New York Constitution’s precedent, thought judges should have to resign at 60. Thus, Hamilton’s arguments would suggest that any opposition to judicial qualifications had come from those who had raised “the imaginary danger of a superannuated bench.”10 Such concerns have been reflected in a number of constitutional amendments,11 as well as Franklin Roosevelt’s Court-packing scheme of 1937, which would have added one justice (up to a maximum of 15) for every justice over age 70.12 Most other academic discussions of judicial qualifications at the national level have focused on, among other things, whether members of the Supreme Court should have prior judicial experience.13 Given the special legal skills required of judges, the omission of these qualifications is worthy of consideration. The authors of this article offer five hypotheses why judicial qualifications may have been omitted from the Constitution.

Qualifications may not have been considered appropriate for appointed officials

The legislative and executive branches were to be elected, directly or indirectly, by the people.14 By contrast, members of the judicial branch were to be nominated by the President and confirmed by the Senate.15 In a time when popular democracy was generally more feared than it is today, it may well be that age and residency requirements were thought to be more necessary safeguards against popular caprice than against legislative and executive judgments. Constitutional discourse during the founding period often referred to government as a series of filters, or “concoctions.”16 If judicial nominees were perceived as going through two filters rather than one, another restraint might have appeared to be superfluous. It may also be that age minimums were inserted into the Constitution in reaction to past abuses in the British system. The colonists were aware of kings who had come to the throne before reaching their maturity. An age requirement for executives, at least, would further underline the anti-aristocratic and antihereditary nature of the new government while fears of corrupting executive influence on the legislature might have given further impetus to a similar requirement for legislators. While justices were not the only officers of government subject to removal for conviction of impeachment charges, the framers of the Constitution might also have thought that the judiciary would more likely be kept in check by impeachment provisions than members of the other two branches. State constitutions of the day frequently mentioned impeachment, or at least service during “good behavior,” as a guard against judicial abuses. Some of the nation’s first trials were brought against members of the judicial branch.17

The lack of special legal qualifications for judges, as opposed to lawyers, is not necessarily unusual in a common law system,18 though, of course, the English divide the profession into solicitors and barristers.19 It might seem unusual, however, that there is no requirement that judges be drawn from the rank of lawyers. It is true that early in colonial history, governors, legislators, and others of influence and education sometimes performed legal and judicial roles,20 but, by the time of the American Revolution, most judgeships had become more professionalized.21 Perhaps by the time of the Constitution, it seemed so obvious that a judge should be a trained lawyer that convention delegates did not think it necessary to say it.

Perhaps too, legal education was so unsystematic that uniform qualifications would have been difficult to specify. There were a number of noted undergraduate institutions, and increasing numbers of attorneys graduated from them. Sixty-seven of approximately 175 members of the New York bar at the time of the American Revolution were college graduates.22 The first American law school — Judge Tappy Reeve’s Litchfield in Connecticut — was not established until 1784.23

A prominent criticism directed at the judicial branch — most frequently from Anti-Federalists concerned about the necessity for juries — was the fear that the judicial branch would be too far removed from the common people. Much of the Anti-Federalist opposition centered on “the fact that the proposed Constitution ‘was the work of lawyers.’”24 While American lawyers had been influential in orchestrating and directing opposition against the British during the Revolution, they had fallen in popular esteem,25 a decline in status that was compounded by widespread “prejudice against the system of English Common Law on which the courts based their decisions.”26 Proponents of the Constitution may have decided to do without formal requirements rather than to give additional ammunition to opponents of the Constitution.

Another explanation might illuminate why the Constitution’s framers omitted qualifications for members of the bench other than justices who sit on the Supreme Court: the ambiguity of Article II of the Constitution. While specifying that the President “shall appoint . . . Judges of the Supreme Court, and all other Officers of the United States,” it proceeds to specify that “the Congress may by Law vest the Appointment of such inferior Officers, as they think proper, in the President alone, in the Courts of Law, or in the Heads of Departments.”27

These clauses raise an obvious ambiguity — are judges on the federal bench who are not justices on the Supreme Court to be considered to be among the category of “all other Officers of the United States,” or are they to be classed as “inferior Officers?” Though historical usage assumed that lower federal judges were “other Officers,” who are to be appointed by the President with the advice and consent of the Senate, the language of Article III which refers to “[t]he Judges, both of the supreme and inferior Courts”28 seems consistent with the alternate usage.29 If Congress could vest appointments of judges in hands other than the President’s, it might also prescribe qualifications for such officers.

If the appointment of lower court judges were to be invested in the courts themselves, these appointments would be more clearly removed from partisan considerations and could be expected to be made on the basis of objective merit by those in the best position to recognize it.30 Such an explanation would, of course, still leave the lack of qualifications for justices of the Supreme Court to be explained. Given their importance, the constitutional framers may have expected that political constraints on the President would make other qualifications unnecessary.

The Constitution may have been influenced by contemporary state constitutions

The omission of judicial qualifications may stem from the influence of contemporary practices in existing state constitutions at the time of the Constitutional Convention. They reveal a variety of qualifications for elected officials, including freeholding requirements, a minimum age, residential requirements, and owning a specified amount of land or money.31

The Constitution prohibited test oaths like those required in states with religious qualifications for office.32 The Constitution also failed to specify that judges could not serve in other offices. The authors’ impression is that age and residency requirements did become somewhat more common in state constitutions written after 1787. Neither these state constitutions nor those written at the outbreak of the Revolutionary War, however, delineated qualifications for members of the judicial branch, with the apparent exception of New York, where the requirement that judges retire at the age of 60 prompted some of Hamilton’s observations cited above.33 Given the lack of educational requirements and minimum age limits in the state constitutions, the Constitution might well have been considered novel had it attempted to do so.