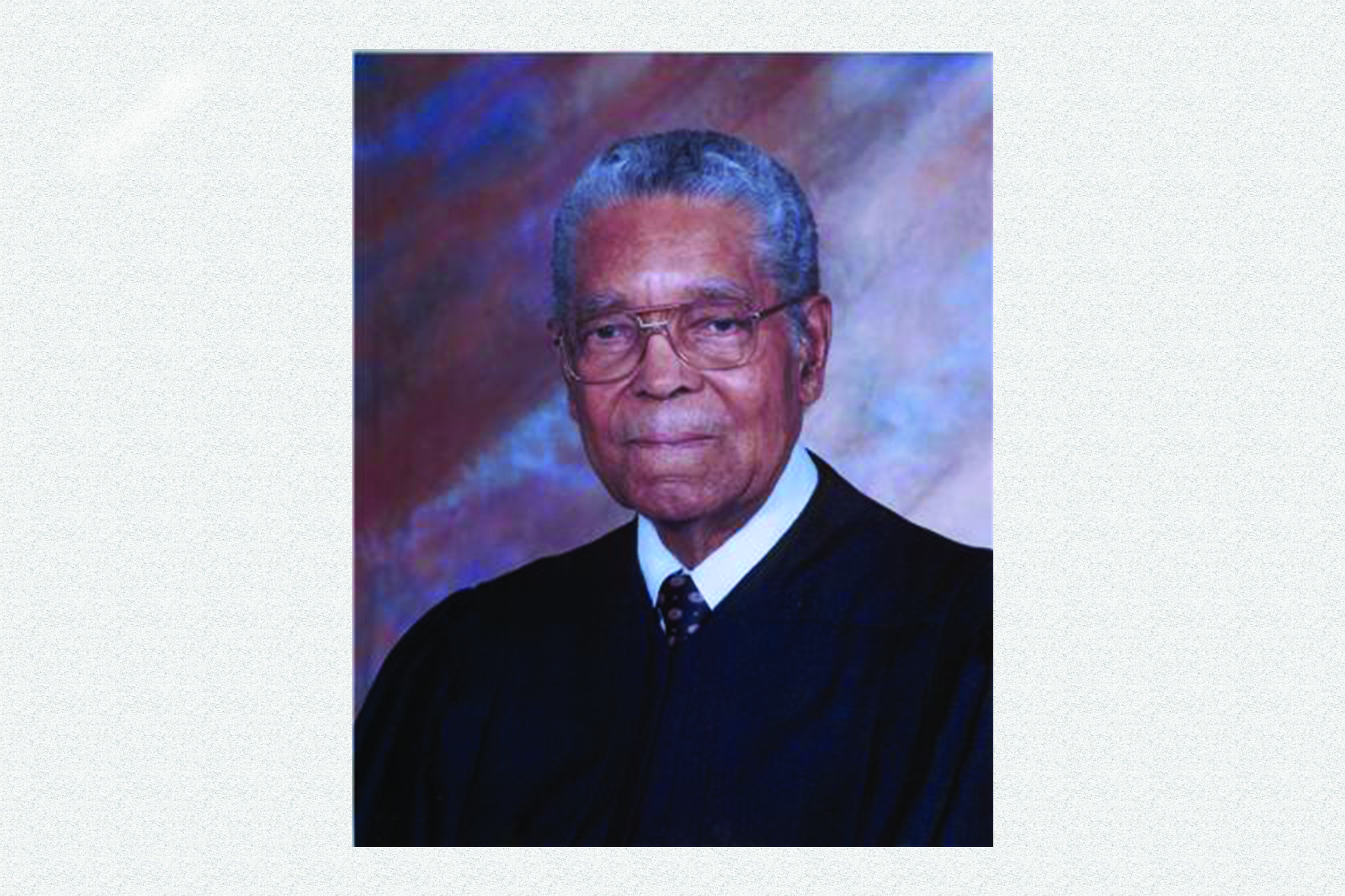 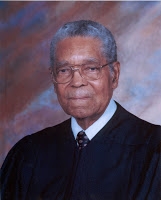 When you call the name of the Honorable Matthew J. Perry, Jr., everyone reminisces about their cherished memories of this legal and judicial luminary who had a zeal for the practice of law and a passion for justice. He was revered by all who knew him and he impacted so many lives.

I had known Judge Perry since I was a young lawyer. I also had the fortunate opportunity to serve with him as a fellow colleague on the bench of the United States District Court for the District of South Carolina. I recall the days of practicing as a young lawyer in federal court and hoping to have a case before Judge Perry. You knew that you were going to be treated with dignity and respect and that your clients were going to be treated fairly and justly. Judge Perry simply required that which is expected of all attorneys who promised to uphold the oath of professional responsibility-that is, to always be prepared and to represent their clients zealously and within the bounds of the law.

Judge Perry lived by the philosophies through which he mentored others. He was always exceptionally prepared for court. It was obvious that he had studied the salient facts of the cases and was well versed in the law. A hearing before him was guaranteed to be challenging and intellectually stimulating as he asked the pertinent questions that would lead him to the appropriate resolution of the matter. Having come from a life of humble means and being a fearless advocate for justice, he brought a certain perspective to his cases about what was right, dispelling any advocacy that was adverse to that end. Moreover, Judge Perry never shied away from difficult cases. Instead, he longed to address the issues that would move the law forward.

Born in Columbia, SC, Judge Perry enjoyed a remarkable life from August 4, 1921, to July 29, 2011. He distinguished himself through his many roles as a loving husband and father, dedicated military servant, avid civil rights lawyer and leader, and outstanding jurist.

Perry attended South Carolina State College but his education was interrupted while he served on active duty in the United States Army from 1943 to 1946 during World War II. He attended the Colored Normal Industrial & Mechanical College of South Carolina (now South Carolina State University) and graduated in 1948 receiving a Bachelor of Science Degree in Business Administration. He received an LL.B in law from South Carolina State College of Law in 1951 and was admitted to the bar that year. Perry was drawn to the law to seek justice for those in underprivileged communities in a post-slavery America. He was in private practice for many years, both in Spartanburg, SC, from 1951 to 1961 and in Columbia, SC from 1961 to 1976.

During his career as an avid civil rights lawyer, Perry tasked himself with worthy causes, aspiring to change the law in areas affecting basic human and civil rights, racial injustices and equal opportunities. Known for his intellect, hard work, courage, and temperament, Perry led considerably peaceful battles dismantling the ills of segregation deeply rooted in southern culture. As a lawyer, Perry championed the underserved and disadvantaged, and exhibited patience, humility, and impeccable character against his formidable opponents. His sheer determination and persuasive voice of reason led him to what many would have believed were unreachable results in the desegregation of schools, colleges, hospitals, parks, golf courses, restaurants, and beaches. He won many notable cases such as Gloria Rackley Blackwell and Lurma Rackley v. Tri-County Hospital, 310 F.2d 141 (1962) (representing an African-American woman arrested for sitting in a “whites only” section of the hospital’s emergency waiting room leading to the integration of the hospital and Perry’s own arrest for contempt of court); Harvey B. Gantt v. The Clemson Agricultural College of South Carolina, 320 F.2d 611 (4th Cir. 1963), cert. denied, 84 S. Ct. 46 (1963) (affirming district court’s decision to enroll first African-American in Clemson College in 1963, who later graduated thus leading to Clemson’s integration); Peterson v. City of Greenville, 122 S.E.2d 826 (1961), aff’d by 373 U.S. 244 (1963) (overturning the convictions of more than 7,000 people involved in sit-ins in violation of their right to free speech under the First Amendment and the Due Process and the Equal Protection Clauses of the Fourteenth Amendment); Stevenson v. West, 413 U.S. 902 (1973) (reapportionment of South Carolina’s House of Representatives into single-member districts leading to the election of the largest number of black legislators since Reconstruction). Perry also argued many cases before the United States Supreme Court resulting in victories for his clients and causes. These precedent-setting cases clearly revealed that as a lawyer, Perry had the fortitude to overcome the treacherous obstacles blocking later generations from experiencing an era of freedom and equality. Perry provided numerous persons with a semblance of freedom due to his courageous legal victories on a state, regional, and even national level. Thankfully, many of Judge Perry’s achievements and contributions were chronicled in a book of essays written in his honor titled Matthew J. Perry: The Man, His Times, and His Legacy, providing a historical account of his civil rights challenges and victories.

Despite his contentious path to seek justice in all of his cases, Perry was the first African-American judge to be appointed from the Deep South to the federal judiciary. In 1976, President Gerald Ford appointed Perry to a newly-created seat on the United States Court of Military Appeals (now known as the United States Court of Appeals for the Armed Forces) in Washington, DC, where he served until 1979. On July 5, 1979, President Jimmy Carter appointed Perry as the first African-American judge on the United States District Court for the District of South Carolina. Both appointments were by unanimous consent of the Senate. Through the leadership of Congressman James E. Clyburn, the federal courthouse in Columbia, SC, constructed in 2004, now bears the name “Matthew J. Perry, Jr. United States Courthouse.”

In his role as a judge, Judge Perry exhibited the traits of a consummate gentleman and temperate jurist. He always approached each case as if it were his only one. He truly cared that all persons and entities were treated equally in the eyes of the law, ensured that every litigant and lawyer before him was given the ultimate respect and deliberated thoroughly to ensure that justice prevailed in all of his decisions.

Judge Perry took senior status on October 1, 1995, and served until his death at his home the evening of July 29, 2011 [at the age of 89]. He enjoyed his work and did so tirelessly to his expiration from this earth, actually working a full day with the same vigor as all of the previous years. He spent his entire life seeking the fair administration of justice.

While I have not had to spend my life advocating against unpopular causes to eradicate prejudice and inequalities, been arrested for peaceably assembling in the streets, challenged various institutions that excluded or marginalized women and minorities, or been denied equal access to the same courtrooms in which I now sit as a judge, I proudly and humbly acknowledge these struggles and am deeply honored to be a product of Judge Perry’s sacrifices. I am inspired by his life’s work as it continues to serve as a reminder of my personal debt of gratitude and urgent sense of responsibility to uphold my judicial oath to fairly and impartially apply the law.