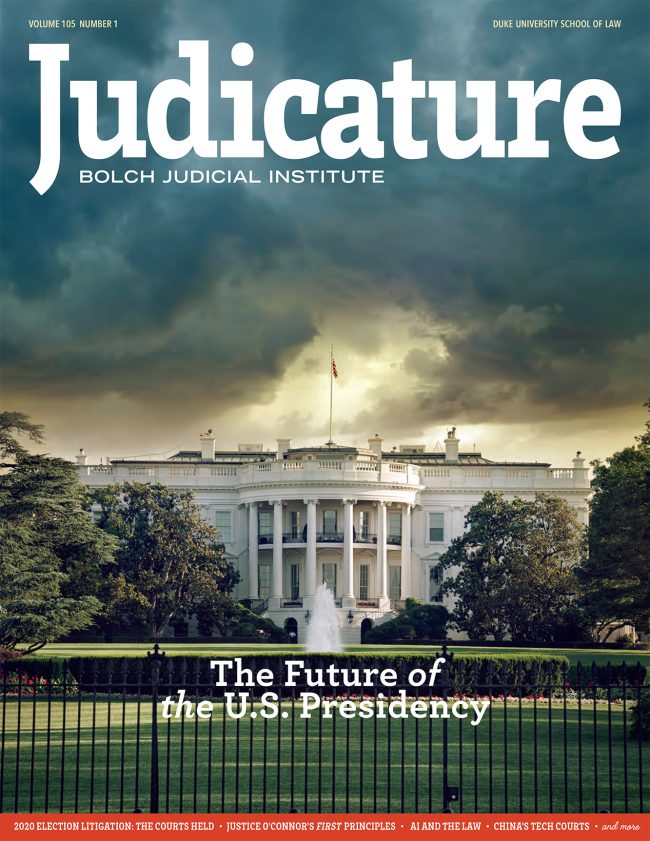 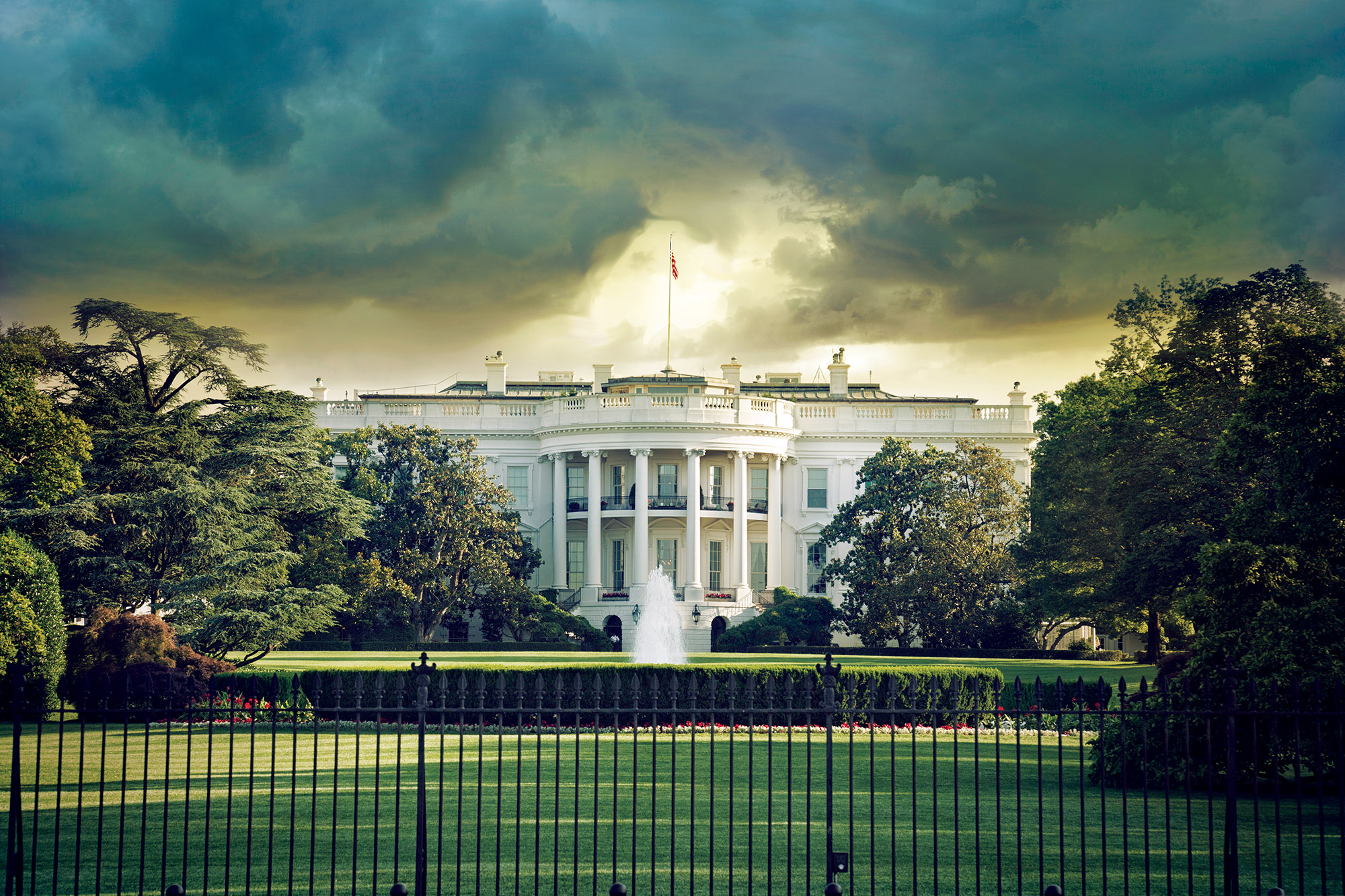 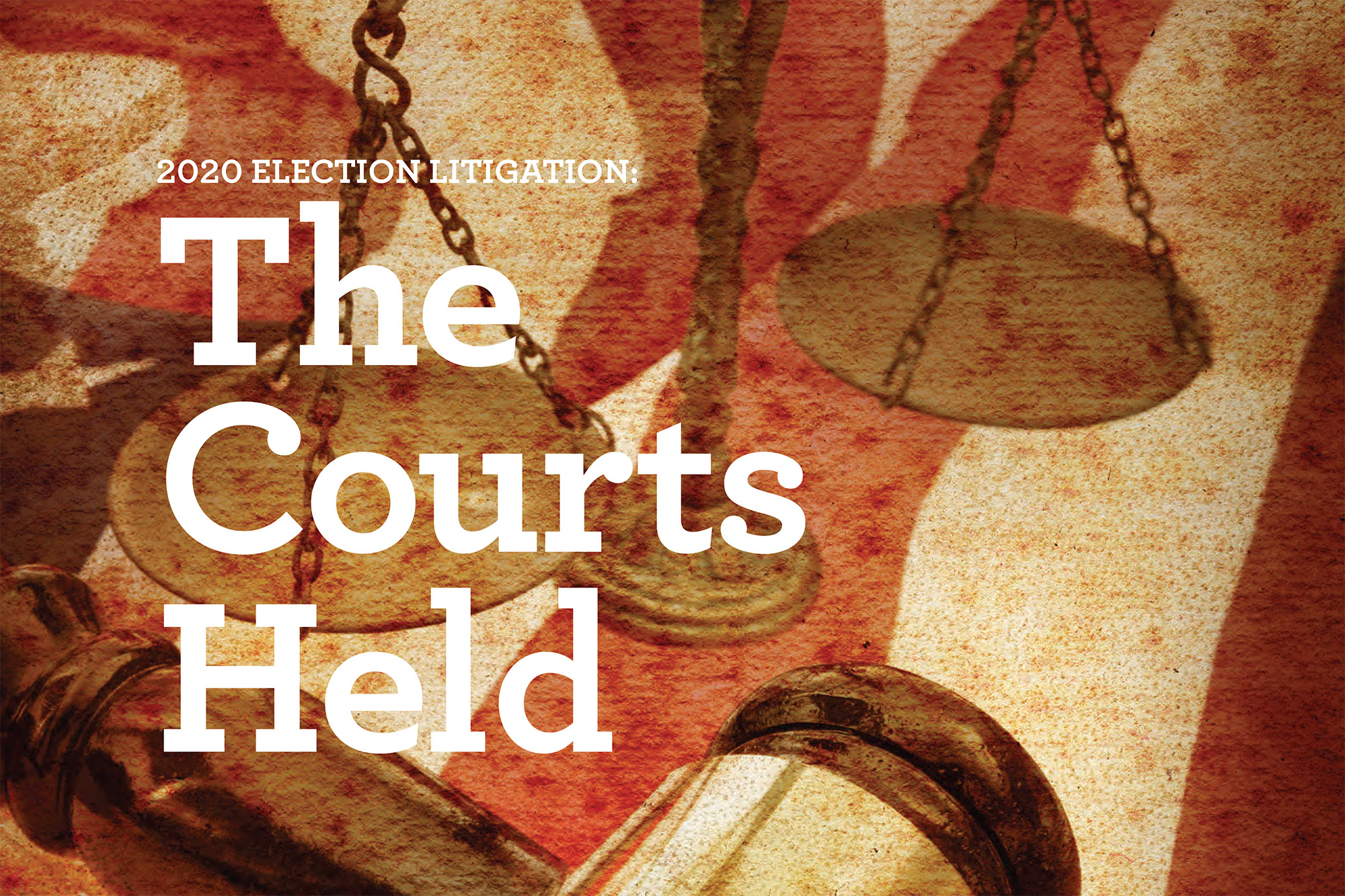 We had an extraordinary election in November 2020. More Americans voted than in any other election, even though an infectious virus still stalked the nation. Immediately following election day, we […] 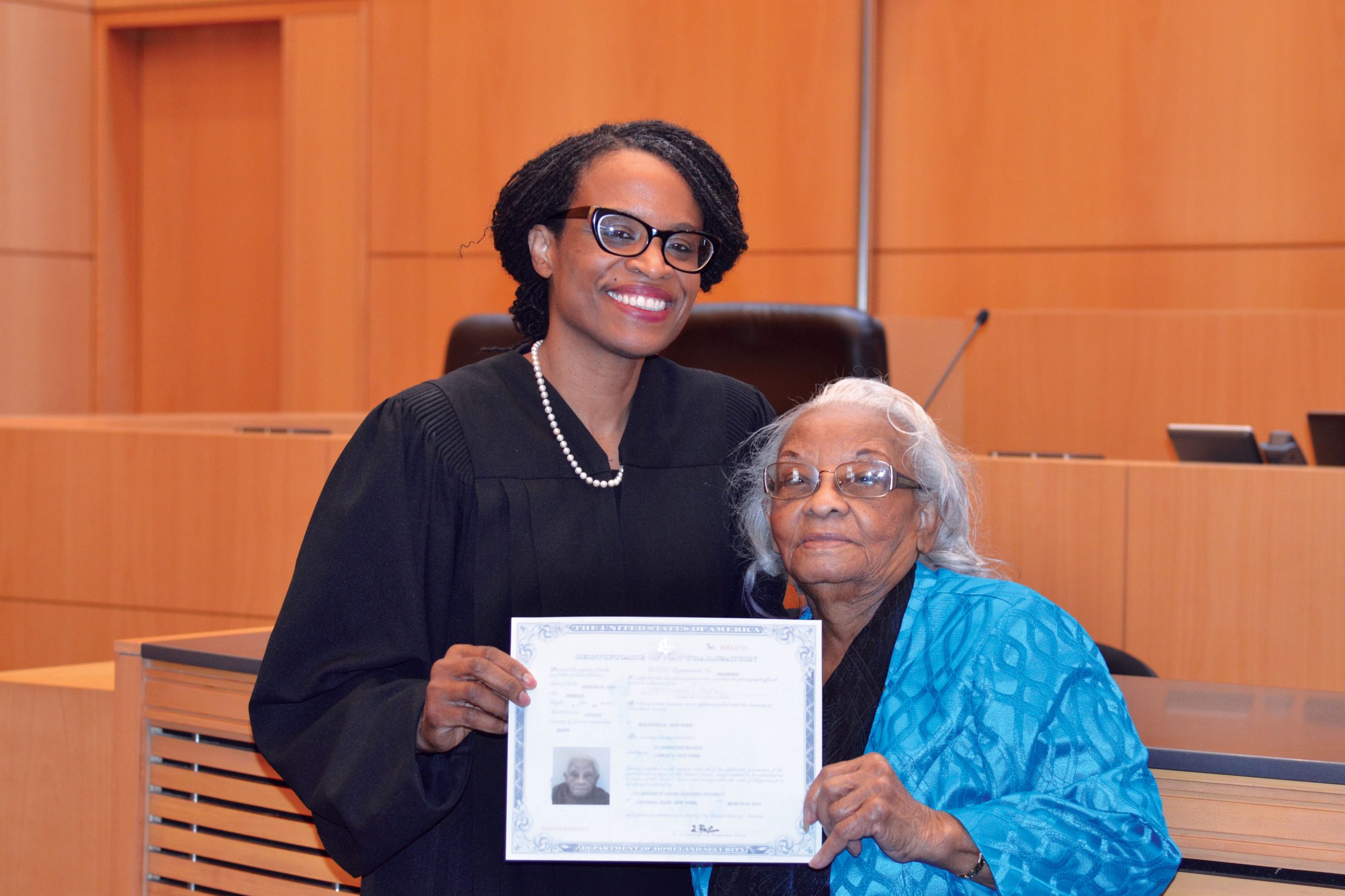 Above: Judge Joseph in 2019 with her 92-year-old “adoptive” mother, Uctorieuse Destin, on the day Judge Joseph presided over Destin’s naturalization ceremony. COVID-19 has impacted all aspects of life, including […]

At Least Do The Easy Stuff

In these two examples, I have done very little rewriting. I simply used plain words and cut unnecessary words (including the egregiously unnecessary parentheticals). And in the second one, I […] 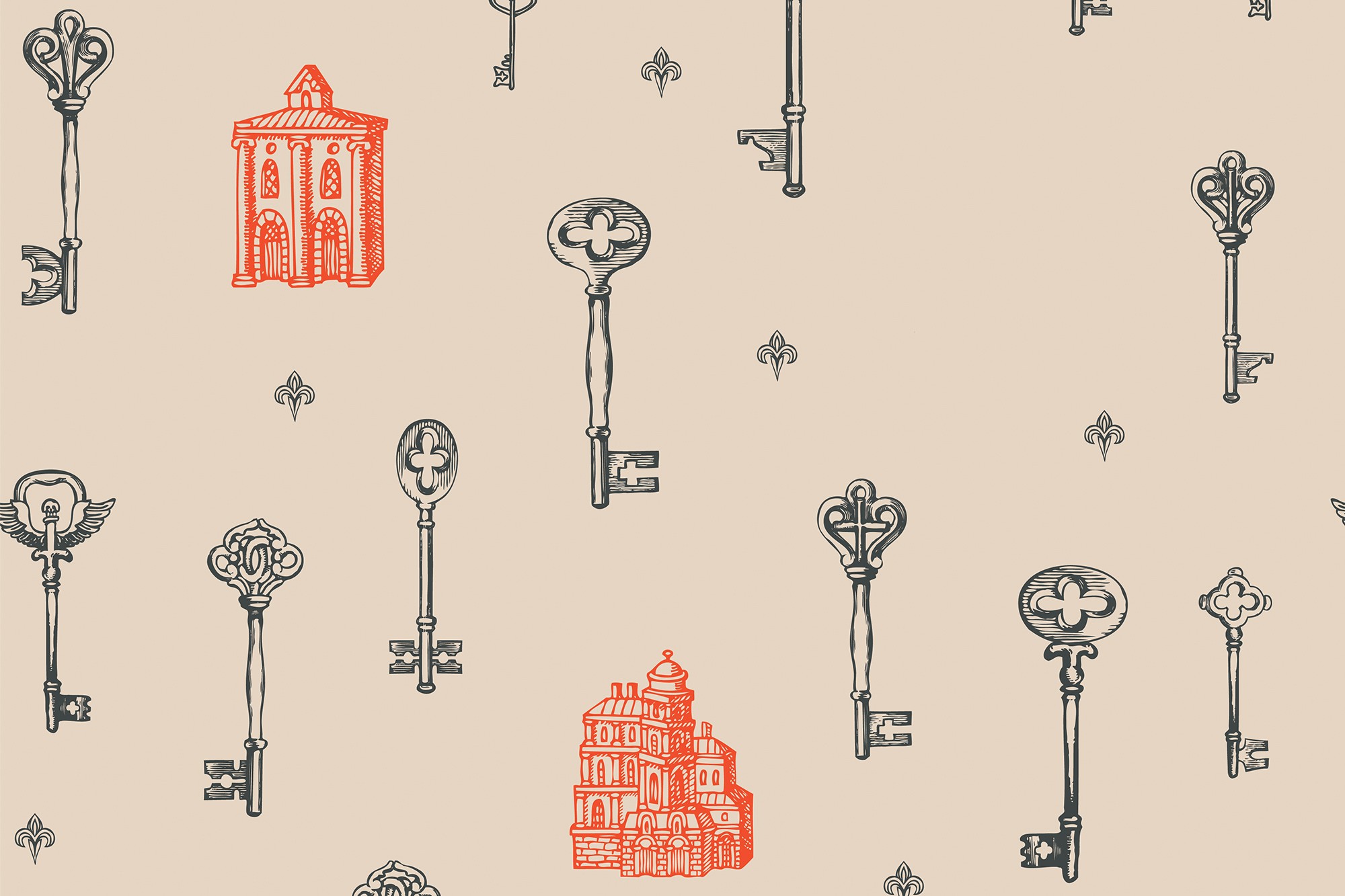 Academic Feeder Judges: Are clerkships the key to academia?

Click here to download this article’s accompanying appendix. The legal community is familiar with “feeder judges” — federal lower-court (primarily court of appeals) judges who have a substantial number of […] 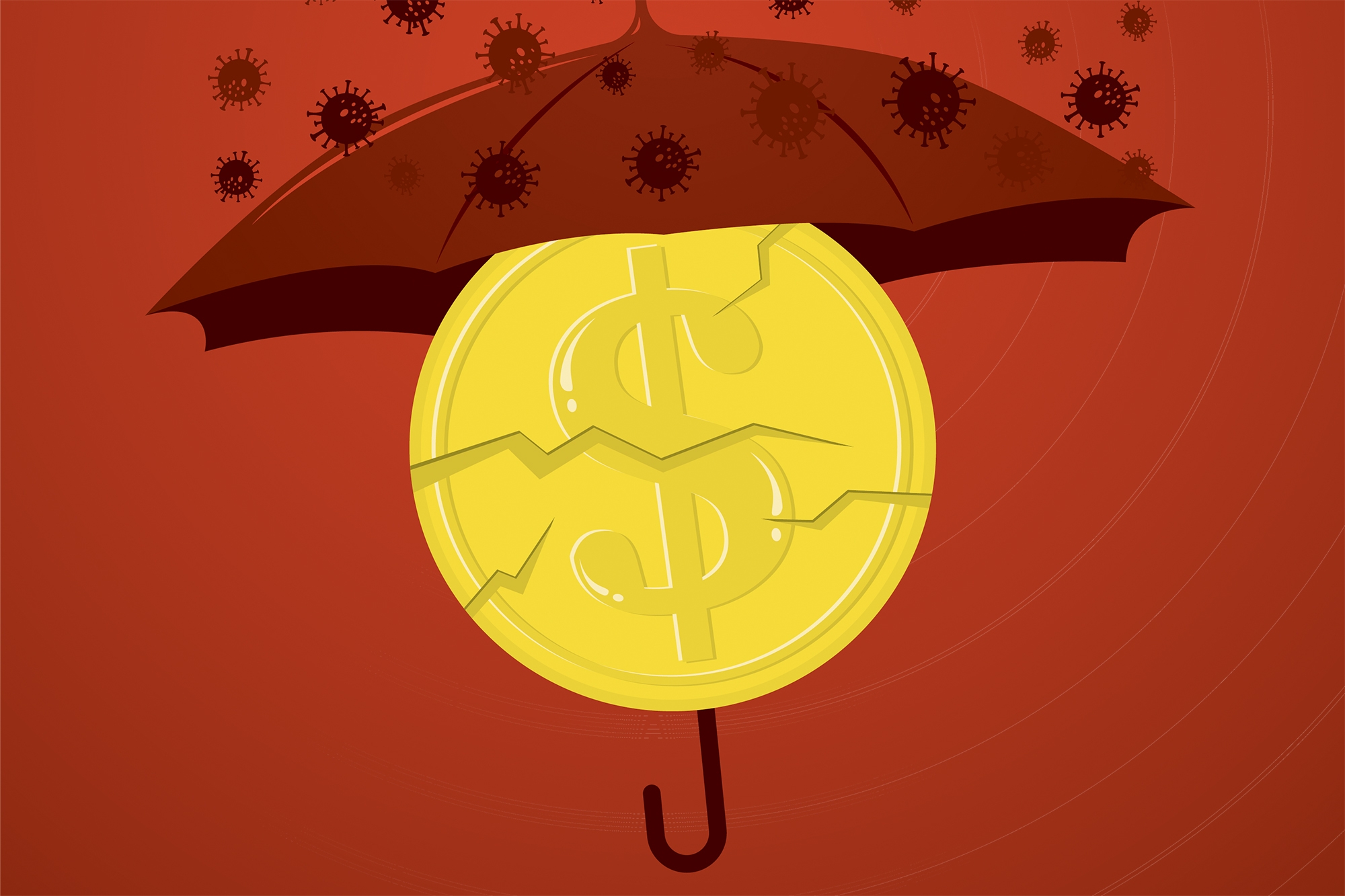 The COVID-19 pandemic forced drastic changes in the way courts operate and function. It also caused many courts to change their budgetary practices. An October 2020 survey of the Conference […] 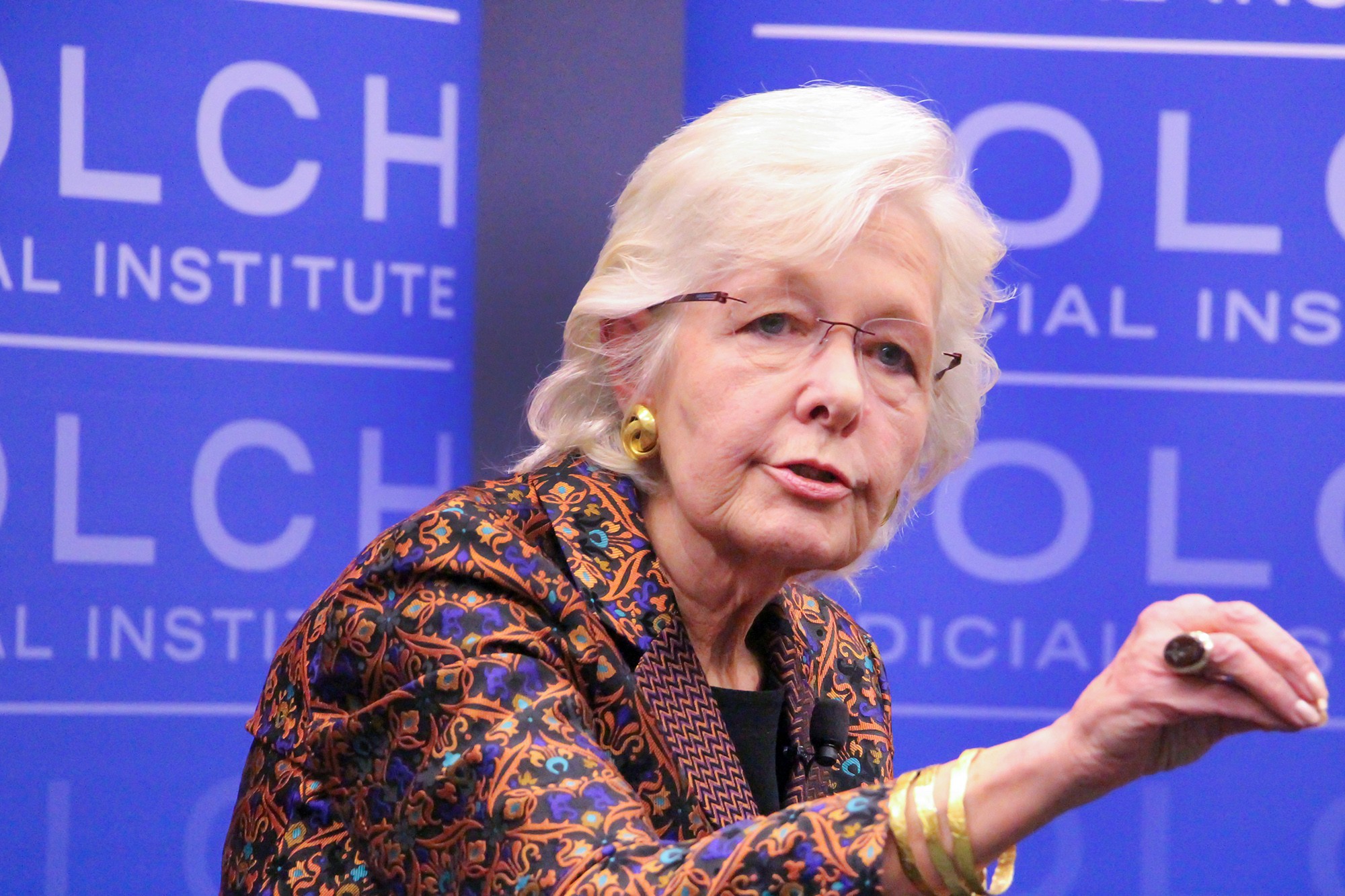 Margaret H. Marshall — former chief justice of the Massachusetts Supreme Judicial Court and a lifelong advocate for a more transparent, efficient, and accountable judiciary — will receive the 2021 […] 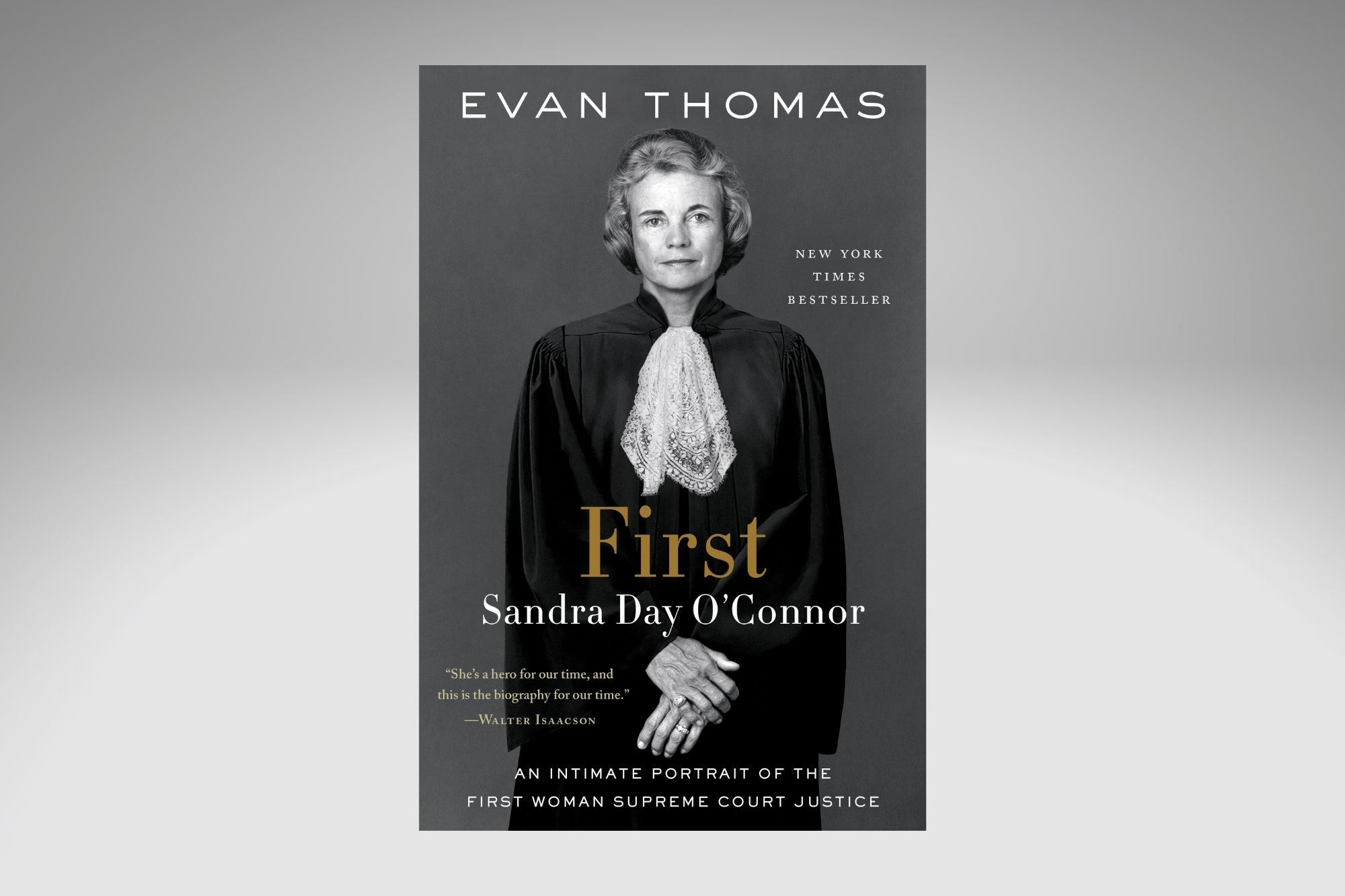 Once upon a time in American public life, there were figures who achieved universal admiration. It was even possible to earn the trust of those with whom one disagreed. Justice […] 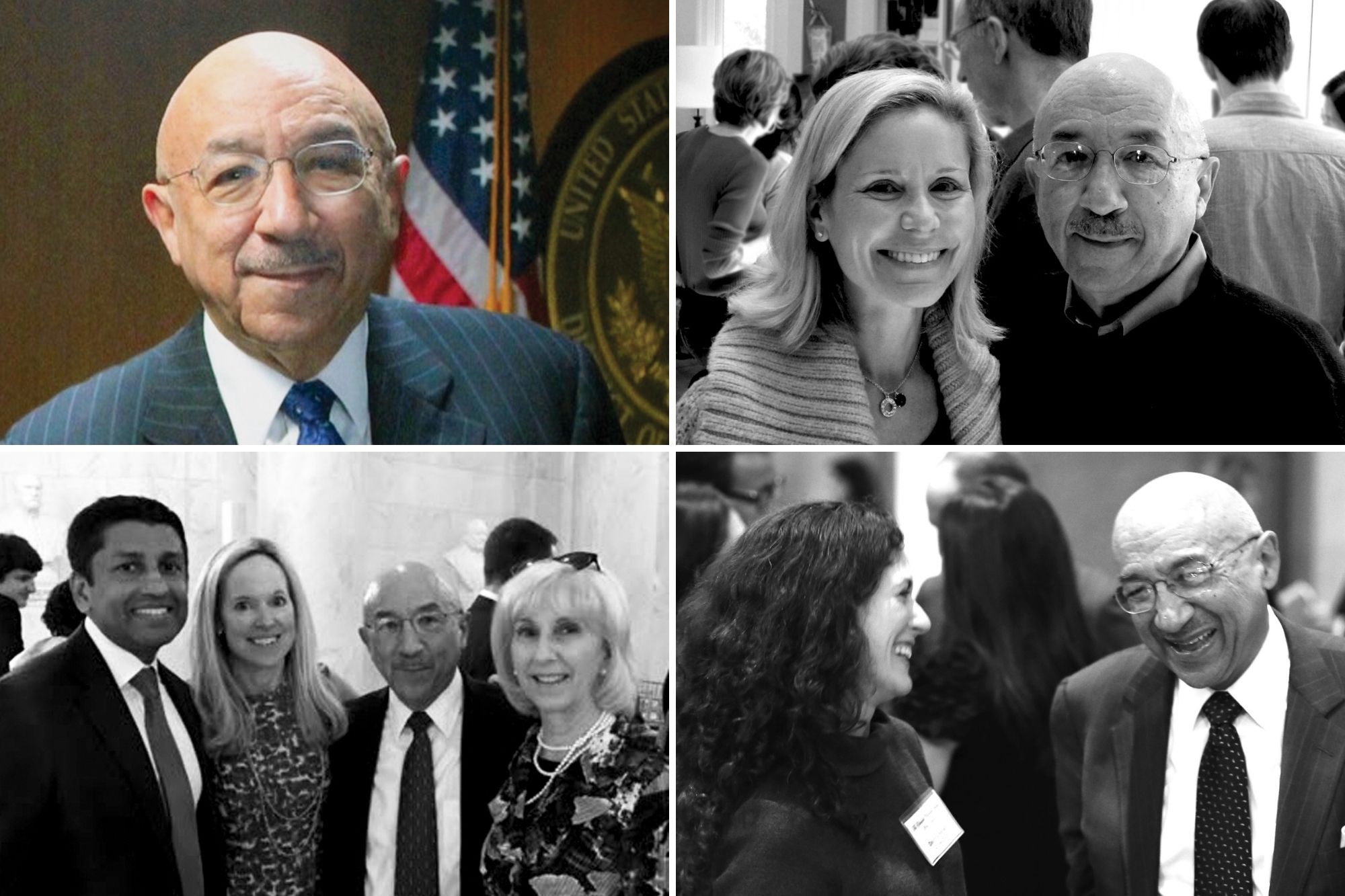 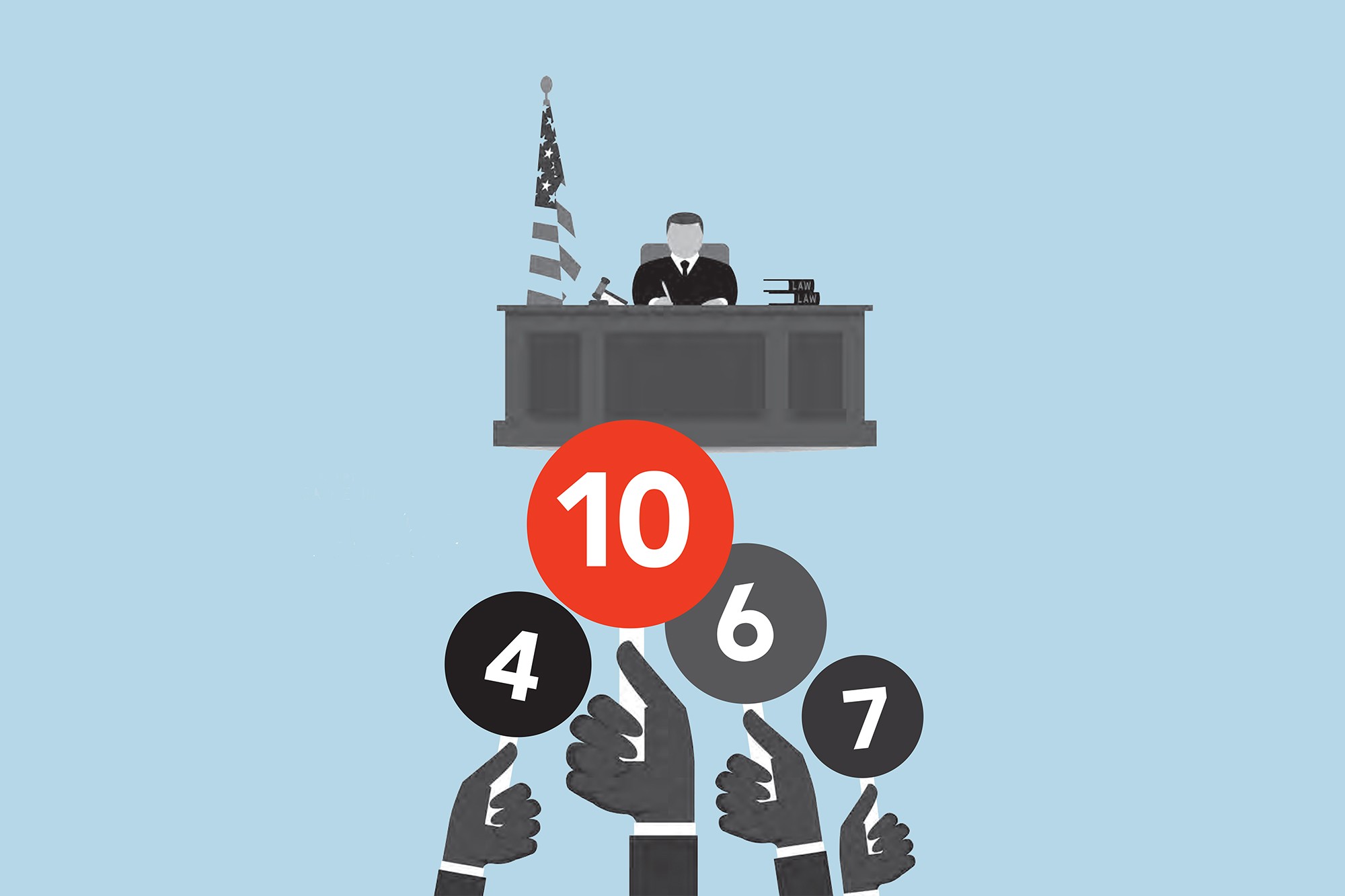 What do Americans want in their state judges?

As scholars regularly document,1 states have frequently changed their systems of judicial selection and retention. What remains unknown is whether these systems actually address the kinds of qualities citizens value […] 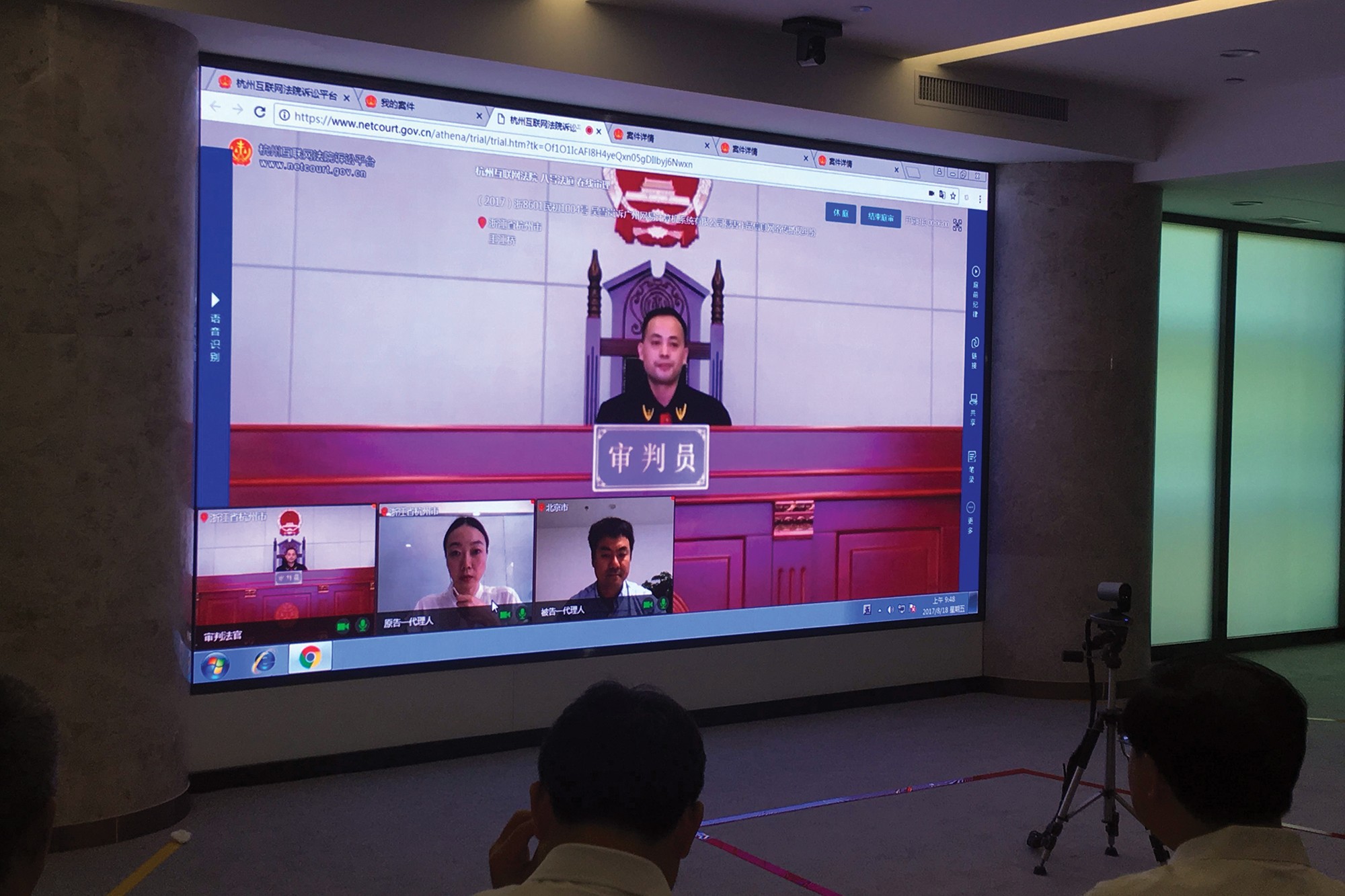 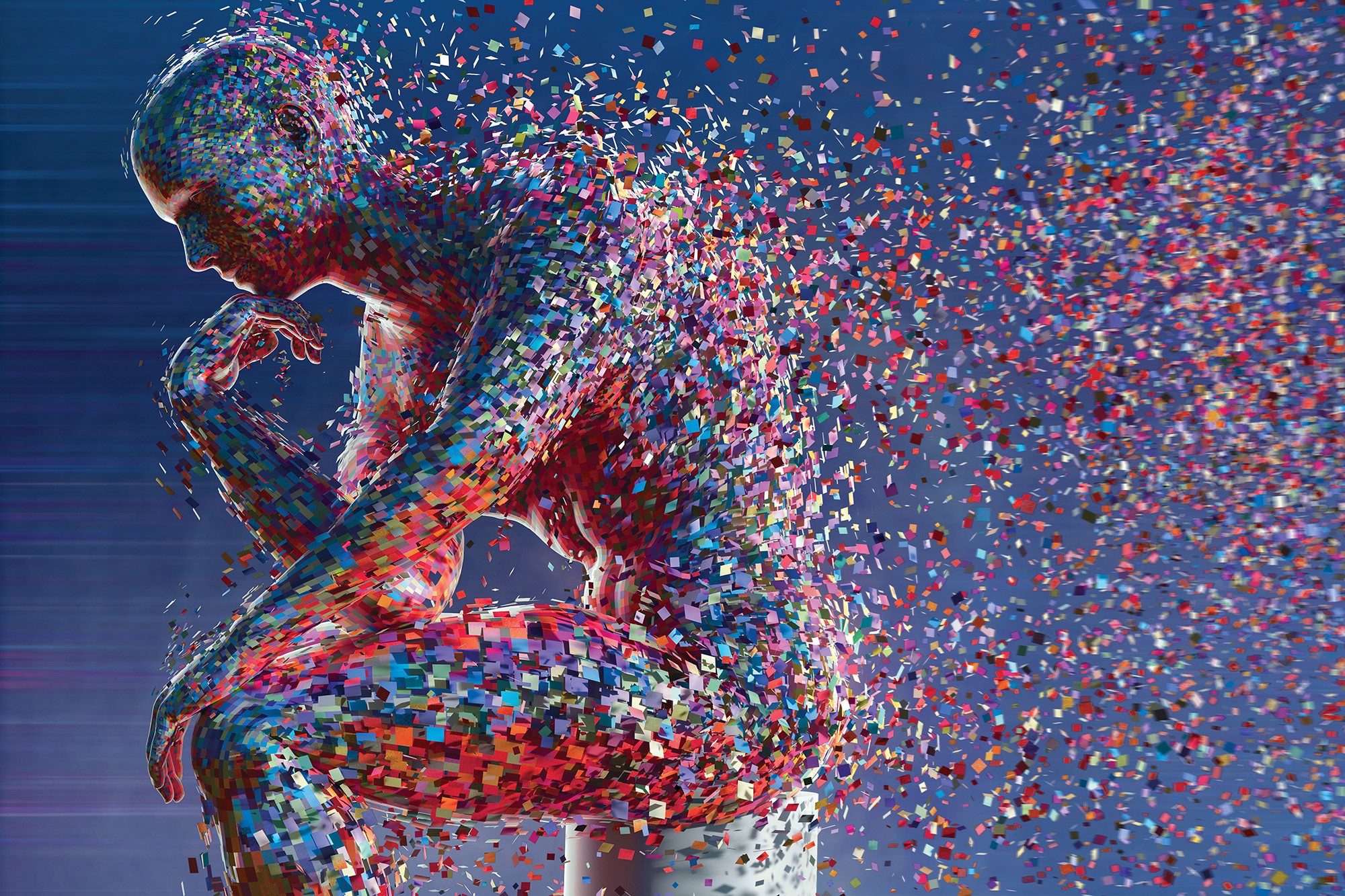 In reviewing this edition of Judicature, I am struck not only by the breadth of subject matter and the thoughtfulness of our authors, but also the way this journal provides […]

Chief Magistrate Judge Diane K. Vescovo of the U.S. District Court for the Western District of Tennessee received the Marion Griffin-Frances Loring Award from the Association for Women Attorneys. The award recognizes […] 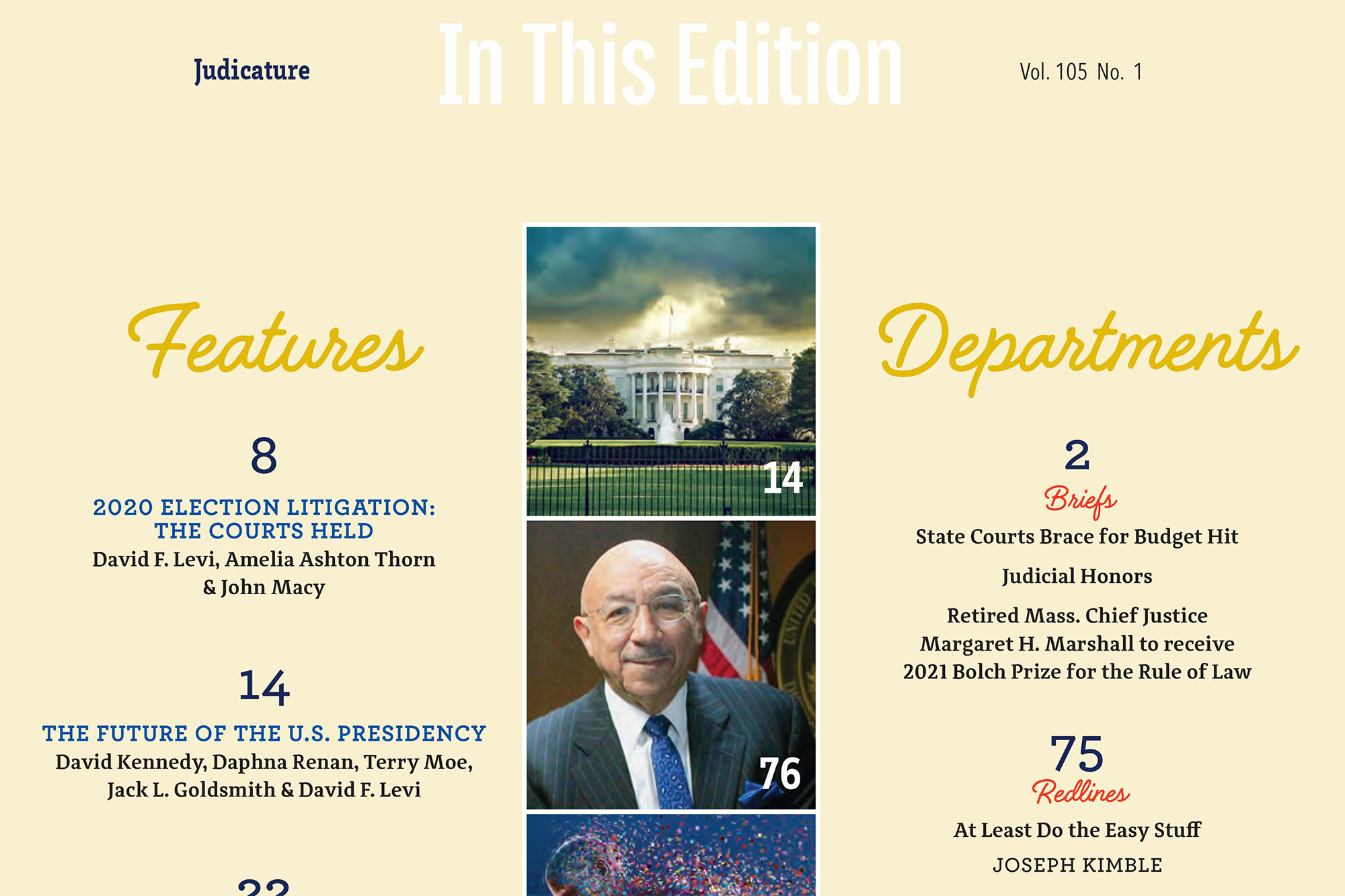