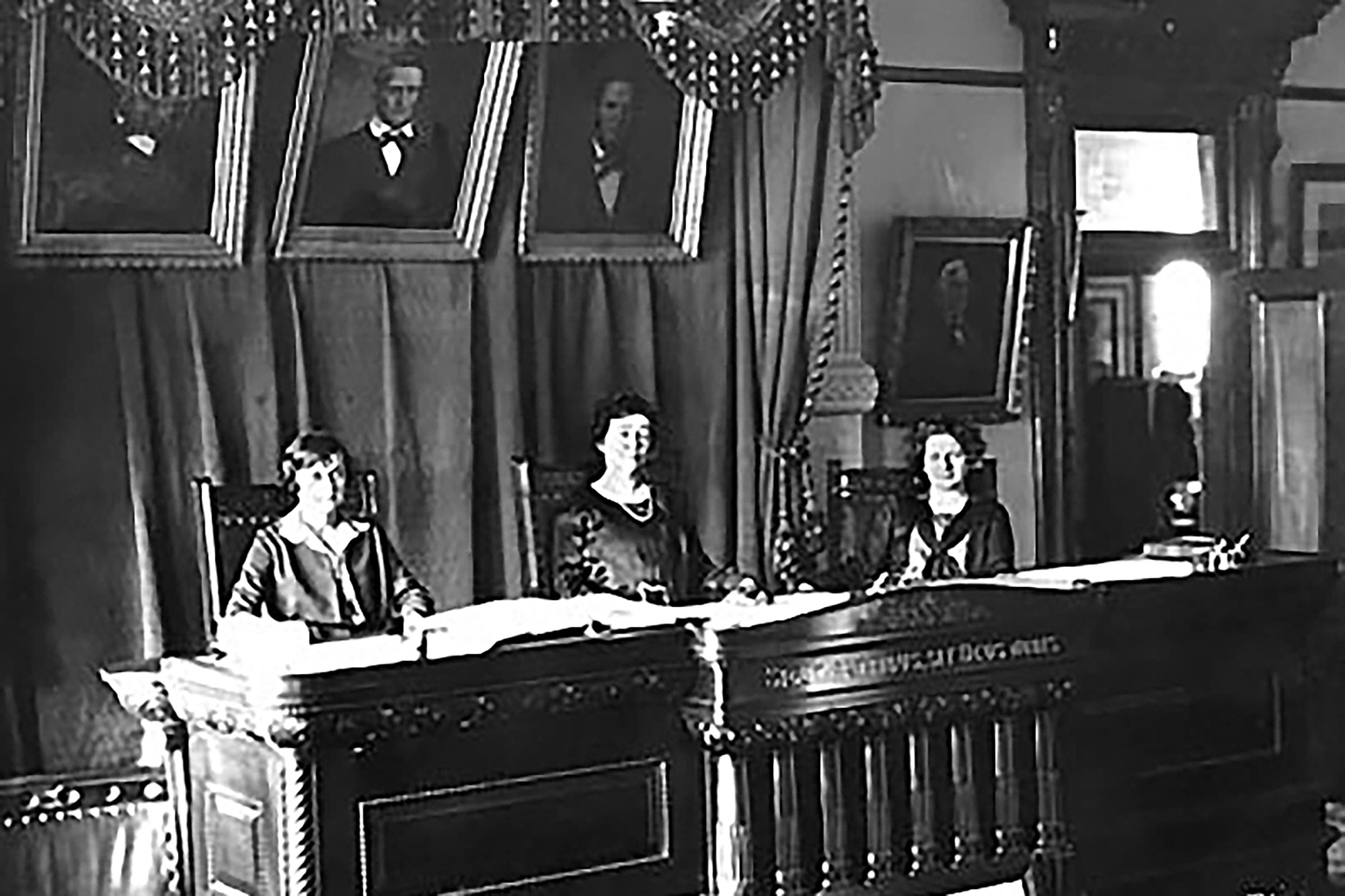 Today, about a third of active federal judges are women, according to the Biographical Directory of Federal Judges, 1789- present. But our country was more than 150 years old before the first women sat on the federal bench. In 1928, President Calvin Coolidge appointed Genevieve Rose Cline to the U.S. Customs Court (renamed the U.S. Court of International Trade in 1980). Six years later, President Franklin Delano Roosevelt nominated Florence Ellinwood Allen to the U.S. Court of Appeals for the Sixth Circuit.

It is one area in which the state courts were inarguably ahead of the times. Women served as state court judges long before they served in the federal judiciary. The Wyoming Territory appointed Esther Hobart Morris the first female justice of the peace in 1870, 20 years before Wyoming was admitted to the Union. When Florence Allen was appointed to the Sixth Circuit in 1934, she already had served 14 years on the bench of two Ohio courts. Allen also was the first elected female state judge in U.S. history.

And for one short, notable time, Texas had an all-woman Supreme Court. Ninety years ago this year, the state’s governor established a special all-female high court to decide a case involving a popular fraternal organization. It was a court born of necessity: All of the state’s sitting Supreme Court justices, as well as every male replacement the governor tried to appoint as special justice to hear the case, belonged to the fraternal order in question and therefore had conflicts of interest. The all-woman Special Supreme Court of Texas handed down its lone opinion in the case of Johnson v. Darr et al. in 1925, after five months of work.

— Jennifer L. Behrens is Head of Reference Services at Duke Law School’s J. Michael Goodson Law Library. Adapted from her post “Women on the Bench” on the library blog at law.duke.edu/lib, with special thanks to The Green Bag and the Texas Almanac.