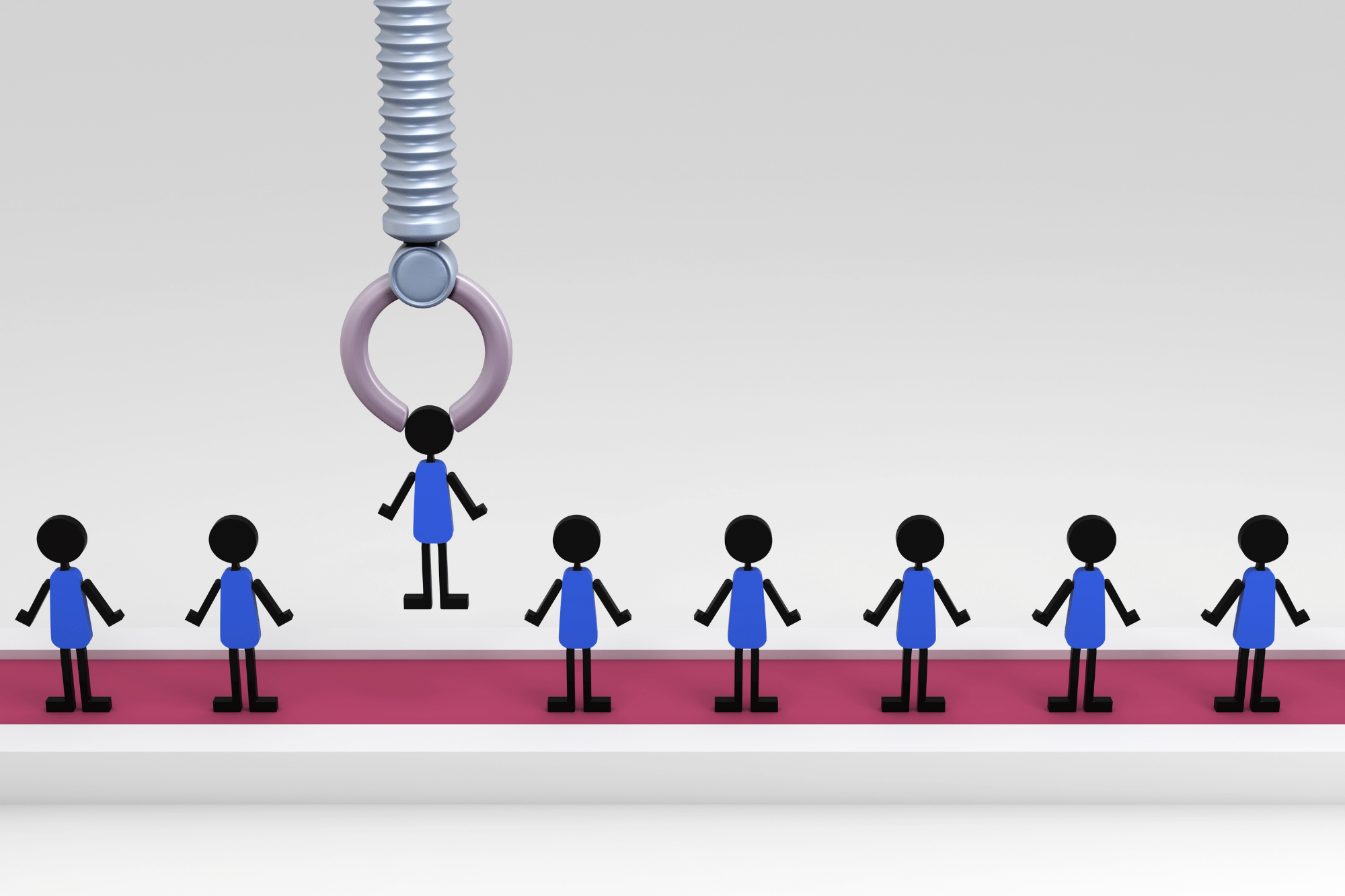 Interest in changing or altering the selection of judges in the states has waxed and waned from year to year for decades. What makes the last five years remarkable, however, is the extent to which mere interest and curiosity in this area has moved into legislative activity and enactments across such a large number of states. Also notable: There is no particular direction or wave of change. Different state legislatures are both adopting and repealing the exact same selection methods or financing systems — in some instances within days of each other.

Most activity by far has occurred in those states that have a commission-based system for the selection of judges. Commonly called merit selection, these systems have four particular elements, all of which have been focal points of legislative activity.

1)Judicial Nomination Commissions:Typically these commissions are made up of an equal number of nonattorneys appointed by the governor and attorneys selected by members of the bar. The chair is typically a judge. The selection of attorneys to serve on a commission, either via elections of the lawyers in a given area or designation by the bar’s board of governors, has been the most contentious issue. Legislative activity has focused on either removing the power to select these members, making such selections subject to legislative confirmation, or increasing the number of nonattorney members appointed by the governor. In Alaska, for example, the state judicial nominating commission is made up of three nonattorneys selected by the governor and confirmed by the legislature in joint session, three attorneys selected by the state bar’s board of governors, and the chief justice. In 2014 and 2015 proposals have been advanced to allow the governor to name anywhere from six to ten nonattorneys and to require that the attorney members be subject to legislative confirmation. Another point of contention in this area has been the lack of seats for the legislature. Several proposals, such as one debated in South Dakota in 2013, would add seats for legislative appointments or members of the legislature. Still other states have considered transferring the seats currently dedicated to the bars/attorneys to legislative leaders.

2)Commission submits binding list of a few names: After a commission is formed it must submit a list of typically three to five names to the governor. State governors have pressed legislatures for more discretion in three ways: to expand the number of names submitted on the list; to provide governors the power to ask for a second or even third list of names; and to end the numerical restriction and send all “qualified” candidates — or all those who meet the minimum eligibility requirements (age, residency, etc.) — to the governor. In Arizona, a 2011 constitutional amendment by the legislature would have expanded the governor’s power to name members of the commissions as well as increased the required number of names from at least three to at least six (trial) or eight (appellate). When that proposal was rejected by voters in November 2012, the legislature passed a statutory change in 2013 to require that at least five names be submitted for each judicial vacancy. That law was struck down by the Arizona Supreme Court.

Another notable example is in Rhode Island, which adopted a merit selection system in 1994 with House and Senate confirmation for the Supreme Court and Senate-only confirmation for lower courts. Until 2007 the list of three to five names submitted by the judicial nominating commission was valid only for the current vacancy on a court; a new vacancy would require a new round of applications and a new list. Under the modified system, however, anyone whose name appeared on a list in the previous five years was deemed eligible for appointment. As a result, a former state senate president who was nominated in August 2010 to a seat on the Superior Court was appointed in May 2013.

3)Governor appoints without legislative confirmation: As noted, state legislatures are more inclined than ever to want a role in commission-based judicial selection. Several proposals would include confirmation by the upper chamber of the legislature or in some cases a two-chamber confirmation processes.

While the above proposals are all predicated on keeping the existing systems, two states have ended their systems outright with several others considering similar efforts. The first such elimination was for Kansas’ Court of Appeals in 2013. Because the court was created by statute and not the state’s constitution, a change to the method of selection required only a simple majority of the legislature and the signature of the governor. The replacement system put in place was quasi-federal: The governor makes an appointment subject to senate confirmation. Unlike in the federal system, however, senate delays cannot thwart an appointment. If the senate fails to vote to confirm or reject the nominee within a set number of days the person is deemed confirmed by default. Judges so appointed must face yes/no retention elections to remain in office. Efforts have been made to pass a constitutional amendment to make the same system apply to the Kansas Supreme Court.

The second change occurred a year later in Tennessee. For decades the state had made use of a statute-based commission system for all three appellate courts. Under a constitutional amendment approved in 2014, that system was changed to one in which the governor would select a nominee who “shall be confirmed by the Legislature.” This language has, however, proved contentious as the House and Senate were unable to adopt in 2015 an enabling statute. At issue is whether the confirmation described would be by the chambers separately (majority of the House plus a majority of the Senate) or jointly (majority of all legislators). Moreover, it is not clear what would occur if one chamber approved a nominee but the other chamber voted to reject. As with the Kansas change there is a provision for default confirmation should the legislature fail to confirm or reject within a set time period and a provision that judges, once confirmed, would be subject to yes/no retention elections.

Different state legislatures are both adopting and repealing the exact same selection methods or financing systems – in some instances within days of each other.

With all the interest in amending or ending existing merit/commission systems, it is notable that many states are simultaneously considering adopting these systems. Minnesota’s legislature in 2013-14 considered such a move for all its judges. After 20 years of consideration, a plan to enact a merit/commission system for Pennsylvania’s appellate courts was finally approved in committee in 2015. The plan includes a nominating commission dominated by the legislature (eight out of 13 seats would go to legislative leaders, the other five to the governor), senate confirmation or default confirmation if the senate fails to act, and yes/no retention elections.

North Carolina and West Virginia in 2015 enacted laws that moved in opposite directions on this score. West Virginia had made use of partisan elections for its courts. Starting in 2016 those races will be nonpartisan. North Carolina, which already had nonpartisan elections for its judges, will now have partisan races for the Court of Appeals. While there will be no party primaries under the system, candidates will be able to self-identify on the ballot with the party of their choosing. Moreover, the nonpartisan races for the Supreme Court were changed to require incumbent judges to stand for yes/no retention elections. A lawsuit has been filed challenging whether such elections are permitted under the North Carolina constitution.

This move away from nonpartisan elections was not limited to only North Carolina. A plan to convert Montana’s nonpartisan races to partisan ones was approved by a House committee in 2011 before being rejected by the full House. In addition a Kansas House committee in 2015 approved a constitutional amendment to end the merit/commission system for the Supreme Court and replace it with partisan elections.

Financing of Judicial Races and Recusal

Related to the question of how judges are elected is the question of how those races are funded and the impact it has on the courts. One area of legislative focus has been on public financing of appellate judicial races. On the one hand several states have moved to enact such systems. West Virginia created a pilot program in 2010 and made it permanent in 2013. Kentucky’s House approved a similar system for its Supreme Court in 2013. On the other hand, states that had such systems have been repealing them. Wisconsin’s Supreme Court public financing program, enacted in 2009, was repealed in 2011. North Carolina’s program, enacted in 2004, covered both its appellate courts until it was repealed in 2013.

Another effort to address the impact of campaign financing has been the use of recusal rules and policies that set contribution amounts that would require recusal. While some of these have been adopted by the courts themselves state legislatures have also sought to impose such requirements. In 2010 California’s legislature enacted a requirement that a trial judge is disqualified if they received $1,500 in campaign contributions from a party or attorney in the prior six years; a $3,000 limit was later established for appellate judges by court rule. Alabama’s legislature in 2014 opted for a sliding scale: A contribution equal to 10 percent (appellate courts), 15 percent (circuit court), or 25 percent (district court) of all contributions to a judge’s campaign creates a “rebuttable presumption” in favor of recusal. Proposals in other states vary as to amount ($35 considered in Montana; $1,000 proposed in Washington and Wisconsin) and whether the requirement would cover only the court of last resort or extend to the appellate and/or trial courts as well.

Steven Leifman, 11th Judicial Circuit of Florida judge, received the William H. Rehnquist Award for Judicial Excellence at a dinner at the U.S. Supreme Court. The award is given by the National Center for State Courts to judges who exemplify judicial excellence, integrity, fairness, and professional ethics. Judge Leifman has helped to reform local and state criminal justice systems’ treatment of defendants with mental health issues.

The Dwight D. Opperman Foundation presented Edward Leavy, senior judge on the U.S. Court of Appeals for the Ninth Circuit, with the 2015 Edward J. Devitt Distinguished Service to Justice Award at a ceremony at the U.S. Supreme Court Building. The Devitt Award is the federal judiciary’s highest honor. A committee of federal judges chaired by Justice Clarence Thomas selected Judge Leavy for the award.

William A. Fears, a Georgia Circuit Superior Court judge, was honored by friends, family, and state officials with an award for his dedication and service to the

— William E. Raftery is the author of Gavel to Gavel, a newsletter of the National Center for State Courts that tracks legislative activity that affects the courts