by Raul A. Zambrano 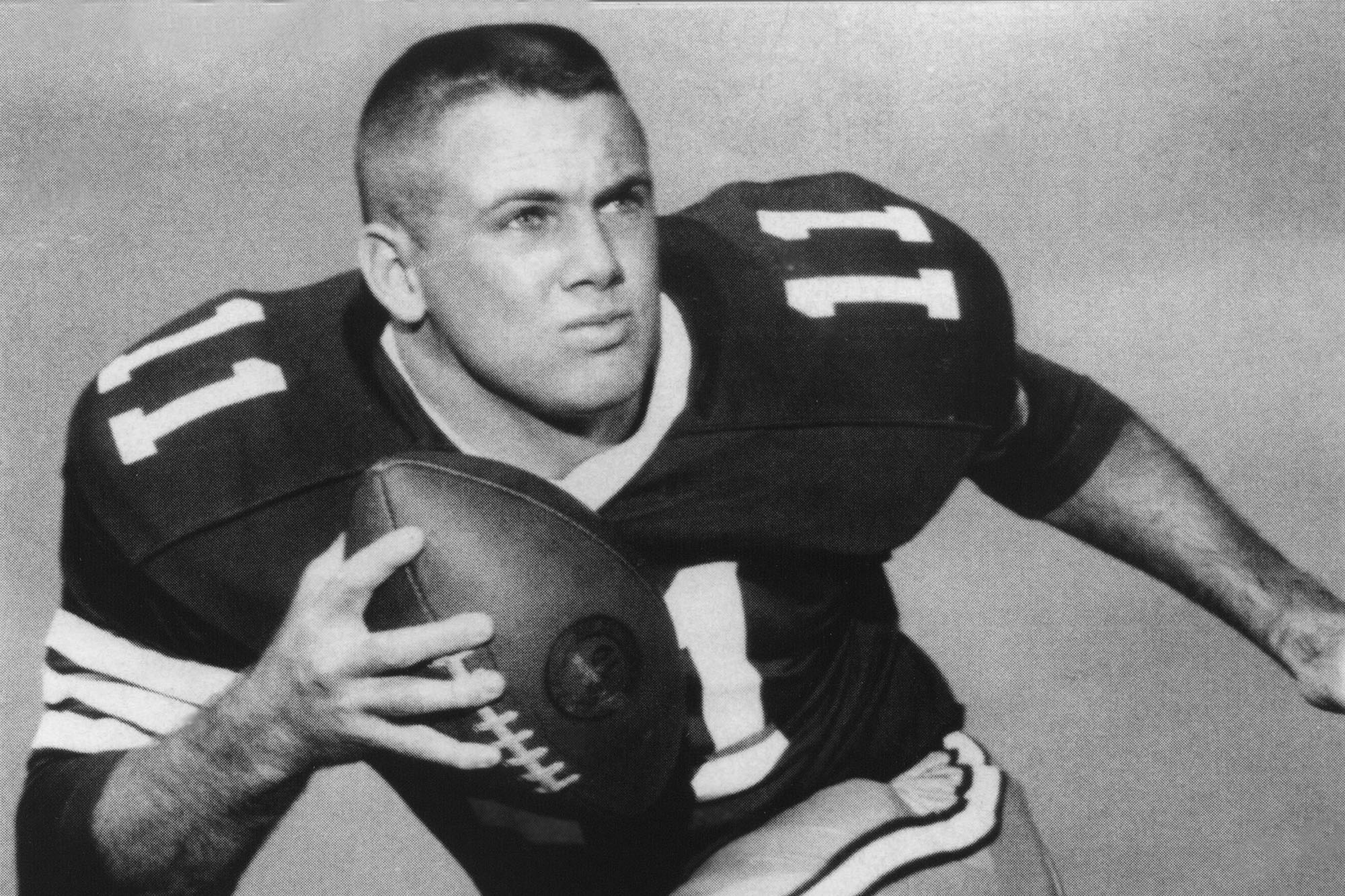 The names of courthouses are not something that the average person would notice. They include the directional and mundane and, occasionally, the name of an important person in the eyes of that community. One such courthouse is the Kim C. Hammond Justice Center in Flagler County, Florida. The courthouse at the heart of the Seventh Judicial Circuit of Florida, in its entire magnificent splendor, is a stoic and emblematic reminder of its patriarchal tender, Judge Kim Hammond, who was my good friend and mentor and a servant to his community.

Life is a mosaic of experiences. Judge Hammond’s life was composed of truly remarkable and noteworthy experiences that made him who he was as a judge and as a person.

Hammond grew up in Melbourne, Fla., where he was a star athlete in baseball, football, and basketball. After graduation from high school, he accepted a football scholarship to play quarterback at Florida State University. He started his first game in 1967, as a senior, against Bear Bryant’s defending national champion Alabama Crimson Tide in Birmingham. Hammond led the Seminoles to a 37-37 tie in what is considered one the greatest games in Florida State football history.

However, Hammond is most remembered in Florida State lore for being the first FSU quarterback to lead his team to a win over the University of Florida Gators in Gainesville. In his last game, he led Florida State to a win in the Gator Bowl over the tenth-ranked Penn State Nittany Lions, coached by Joe Paterno. He was named the Gator Bowl MVP for that game.

Hammond ended his college football career by being named a second team All-America quarterback and coming fifth in line (and the first Florida State player to be considered) for the Heisman Trophy. He played in the Senior Bowl and was named that game’s MVP. He was recently inducted into the Florida State and Gator Bowl halls of fame.

Hammond went on to play professional football in the American Football League. He was drafted by and played for the Miami Dolphins and later played a short stint with the Boston Patriots.

After graduating from law school, Hammond began to practice law in Volusia County, Florida. Just seven years later, at the age of 35, he was appointed to serve as circuit judge in the Seventh Judicial Circuit of Florida by Gov. Bob Graham, assigned to the circuit bench in Flagler County. He was one of the youngest circuit judges in the state.

Hammond served the vast majority of his 30-plus-year career on the bench in Flagler County, where, for most of those years, he was the only circuit judge. While multiple judges often share the workload in other courts, Hammond was solely responsible for all the cases that required circuit court jurisdiction. Thus, he was responsible at all times for the most complex types of cases in the court system.

His career as a judge was as successful as his career as a football player. He served as the chief administrative judge for the Seventh Judicial Circuit and as the administrative judge for Flagler County. He helped bring the first Drug Court program to Flagler County. His leadership skills went beyond the circuit, too; he was elected for a term as the chairman of the Florida Conference of Circuit Judges and frequently taught at the Florida Judicial College.

I had heard of Hammond prior to my appointment as a judge, but I did not know him very well. However, I soon learned of his numerous notable successes in football, which were often discussed among the lawyers. His term as chair of the Florida Conference of Circuit Judges and his service as chief judge and the lone circuit judge in Flagler County were the topics of discussions among judges statewide and in the community in general. His friends included U.S. senators and Hollywood types, and he was widely known throughout the area. In my eyes, he was a superman — and for me, an immigrant from Panama, it was an incredible honor to be his colleague.

A poster I once saw read: “Leaders are like eagles . . . they don’t flock. You find them one at a time.” This is exactly how I found Judge Hammond the first time I met him — like a solitary eagle perched on a high tree, he was alone in his office. His mentoring of me as a circuit judge, and our friendship, began that day.

U.S. Senator Bill Nelson, a childhood friend of Hammond’s, said, “It is one of the great privileges of my life to have had Kim Hammond as a friend.” I could not agree more. He went out of his way to mentor me and other judges. He set an example for judges in our circuit to follow. He was respectful and fair to litigants and attorneys, and he made it a point to listen to the litigants and provide a fair hearing or trial.

His patience and work ethic are the things I admire the most. During the foreclosure crisis, Flagler County experienced one of the largest foreclosure rates in the country. It was a stressful time for everyone in the court system. Hammond’s leadership and unfailing hard work helped lead us through the backlog of cases.

It was around that time that I once invited him to play catch outside in the courthouse parking lot; I thought he might enjoy the break. By then Hammond was in his 60s, but he still had life left in his arm. His first pass hit me squarely in the sternum and caused intense pain. Not wanting to let him see me wince, I turned around — caught my breath and threw a wounded duck back at him. I was glad the pass made it back to him. His next pass hit me in the same exact place, and it hurt even more this time. That was enough for me. I passed the ball to my bailiff; after all, he had on his bulletproof vest.

Hammond’s personal and legal skills were just as sharp as his throw. He was the nicest person I had ever met — period. His calm demeanor and manners were those of a true Southern gentleman. Although his presence was grand, he displayed the humility of a true servant. He had a boyish face despite his age. His eyes were true blue, and they twinkled when he spoke. His grin was that of the proverbial cat who had swallowed the canary.

Even under the most stressful of circumstances — cases in which life and death literally hung in the balance — his demeanor never wavered. He remained rock steady in a sea of chaos. He knew how to diffuse tension, often using tactful humor as a calming tool. I never once saw him rattled or tense. He was a constant in a sea of change. These are the qualities that make a great judge, and he was a model for all to follow.

Hammond was respected not only by his colleagues but also by the community, litigants, and the attorneys who practiced before him. However, even with such an incredible athletic and legal career, it’s possible he was best known in the Flagler County Courthouse for playing the bagpipes. In the tradition of his Scottish heritage, Hammond learned to play the bagpipes and practiced and played in his office quite often.

In the courthouse, whenever a long-term employee of the clerk’s, State Attorney’s, or Public Defender’s office retired, Hammond would greet him at his desk, bagpipes in hand, and proceed to “pipe them out.” The sound of Scotland the Brave, one of his favorite songs, was often heard in the halls of the courthouse. This was a cherished and unique tradition in our courthouse.

My good friend Judge Hammond died last year. Death for all of us is inevitable, but that doesn’t make it any easier to accept. Gen. George S. Patton’s quote in this instance rings true: “It is foolish and wrong to mourn the men who died. Rather we should thank God that such men lived.”

I thank God my good friend Kim Hammond lived and made a difference in so many lives, including my own. He was respected and loved by all who knew him, and he was a servant to his community. His former Florida State University teammate (and All-American wide receiver Ron Sellers summed him up perfectly: “Kim was one of the finest gentlemen I have ever been associated with in my life, I am really saddened by this loss because he was such a great person and a great friend. I can’t think of anyone who, once they met Kim, didn’t come away a better person.”