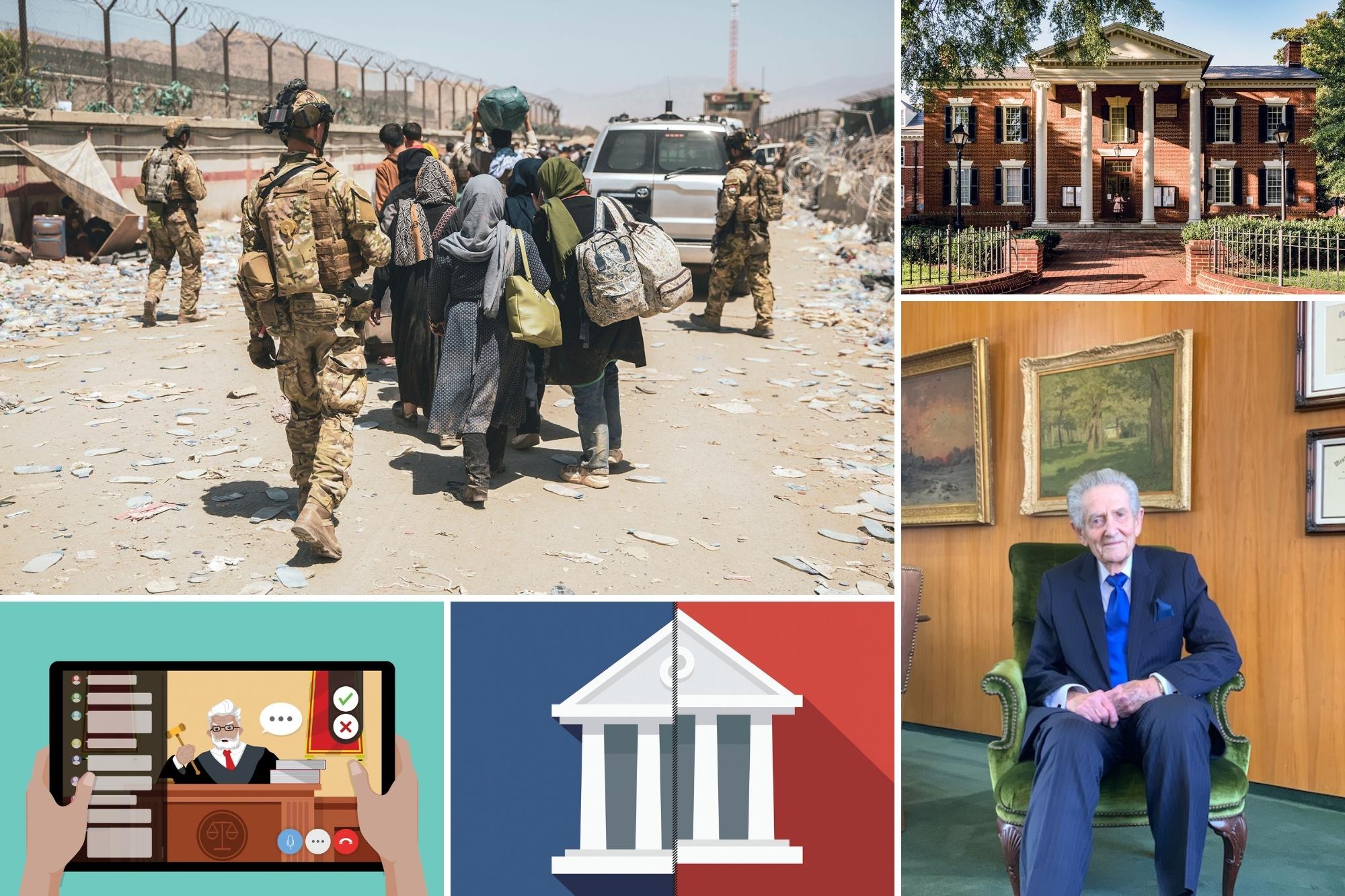 “I’m going to call it what it is. Genocide.”
by Michael P. Scharf and Benjamin Ferencz

The Judiciary and the Rule of Law in Afghanistan
by Mehdi J. Hakimi

REDLINES
The Importance of Signposting — and Following Through
by Joseph Kimble

POINT/COUNTERPOINT
Criticizing the Court: How Opinionated Should Opinions Be?
by Orin Kerr and Michael C. Dorf

THE STORIED THIRD BRANCH
The Joy of Judging with Justice Rosalie Silberman Abella
by Andromache Karakatsanis and Sheilah L. Martin

A FINER POINT
Learned Hand’s Spirt of Liberty: A Lesson for Our Times
by D. Brooks Smith