What will AI mean for you? 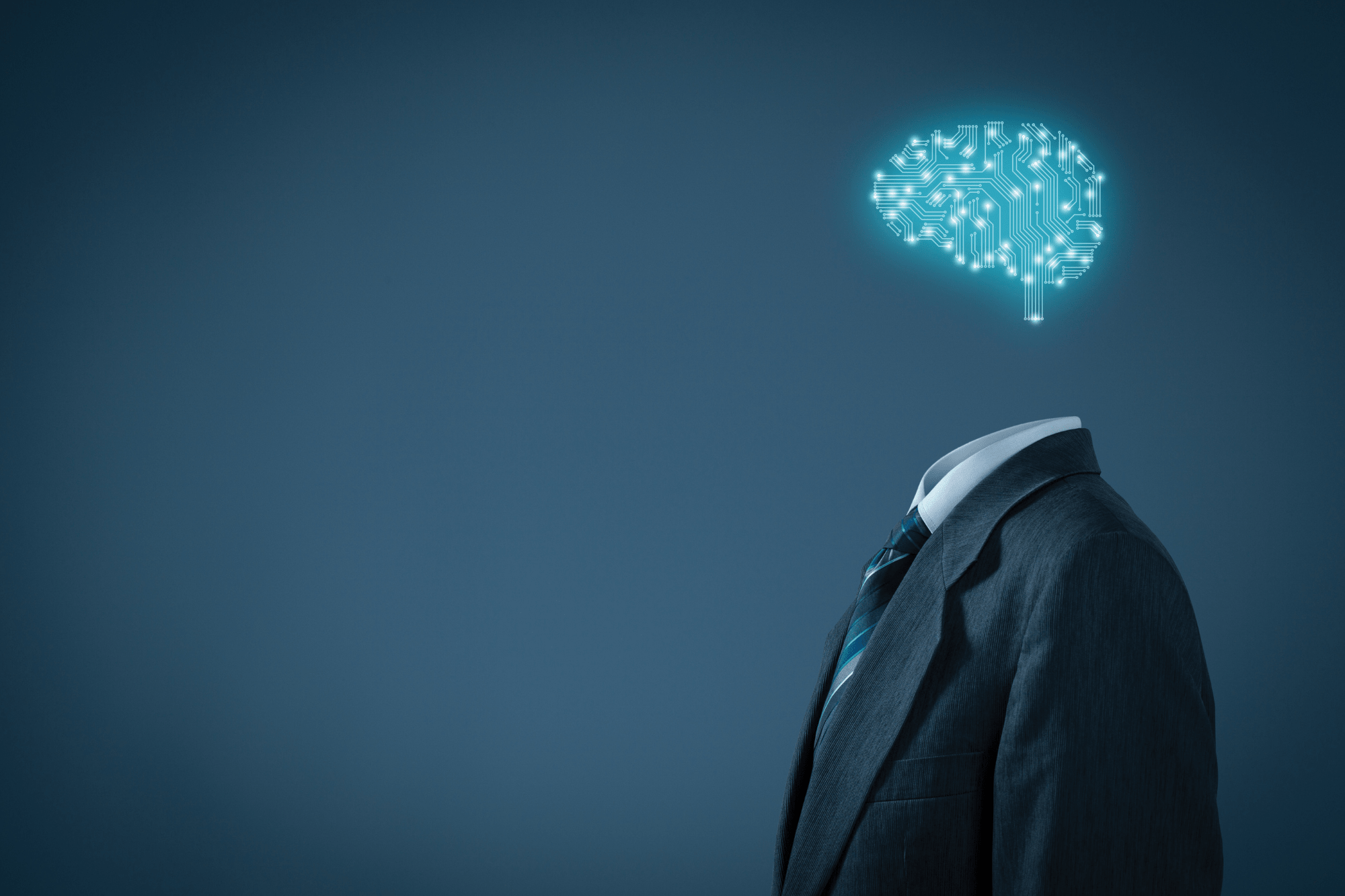 “Artificial Intelligence in the Law” should be the tagline for what’s next in legal technology, if coverage in the legal press is any guide. Lawyers and vendors alike are extolling AI’s virtues and touting how the use of AI will revolutionize the practice of law — or they are warning that AI is going to usher in the end of lawyers, the practice of law, and even the judiciary as we know them.

All too often, missing from these proclamations and ruminations is any meaningful description of what AI is, where it came from, and what it is likely to mean for bench and bar at a practical level in the short to medium term. The concept of artificial intelligence was introduced in 1955. The basic idea is that computers might be able to learn, and that they might be able to do things, make decisions, and exercise judgment based on what they learn. That concept has morphed over time, jogged down some dead-end alleys along the way, and led to more consternation — as well as more optimistic anticipation — than is presently warranted by the reality of AI.

Examples of various nonlegal implementations of artificial intelligence can be found all around us. Well-known applications include Pandora’s suggestions for songs you might want to hear, where “every Pandora station evolves with your tastes”; the Nest Learning Thermostat, which “automatically adapts as your life and the seasons change”; and Tesla cars, which, with the Model 3, now “have the hardware needed for full self-driving capability at a safety level substantially greater than that of a human driver.” Artificial intelligence is beginning to penetrate the legal world, but it still is at the “innovator” and “early adopter” stages, having not yet crossed the chasm into “early majority.”1 An early entrant is Canadian startup Ross Intelligence, which offers a legal research tool built on top of IBM’s Watson and is being used by at least 14 law firms. AI also is being used to identify relevant authorities in briefs, create nondisclosure agreements, automate the review and approval of contracts, and facilitate real estate due diligence.

Artificial intelligence (depending on one’s definition of AI) also is used for discovery, most notably as the technology behind “predictive coding” and “technology assisted review.” AI helps to find the story in the data and to evaluate ESI to suggest key issues, confidentiality, and overall case relevance.

A Brief History of Artificial Intelligence

The first electronic computer was introduced in 1940, followed the next year by the first programmable computer and then in 1944 by the first programmable American computer. The first commercial computer, UNIVAC, appeared on the market in 1950.2 In 1955, John McCarthy, an assistant professor of mathematics at Dartmouth College, and three other scientists proposed a summer research project on a novel topic that they called “artificial intelligence”:

The study is to proceed on the basis of the conjecture that every aspect of learning or any other feature of intelligence can in principle be so precisely described that a machine can be made to simulate it. An attempt will be made to find how to make machines use language, form abstractions and concepts, solve kinds of problems now reserved for humans, and improve themselves.3

In 1963, artificial intelligence research got a financial boost as the Advanced Research Program Association (ARPA, now known as DARPA) began to fund a range of AI and computer science efforts. The first recipients of this funding included MIT, Stanford, and Carnegie Mellon.7

Advances ensued, accompanied, of course, by failures and setbacks. Here are just a few of the advances:

What is Artificial Intelligence?

the science and engineering of making intelligent machines, especially intelligent computer programs. It is related to the similar task of using computers to understand human intelligence, but AI does not have to confine itself to methods that are biologically observable.8

What actually constitutes artificial intelligence turns out to be surprisingly difficult to define, however. In a 2016 New York Times Magazine article, Gideon Lewis-Krause pointed out one of the challenges: “Artificial intelligence, we believe, must be something that distinguishes HAL from whatever it is a loom or wheelbarrow can do. The minute we can automate a task, we downgrade the relevant skill involved to one of mere mechanism . . . . The goal posts for ‘artificial intelligence’ are thus constantly receding.”11

The results of a recent survey conducted by Pegasystems highlight the confusion over what artificial intelligence encompasses.12 Of 6,000 survey respondents, 72 percent said they understood what AI is, 17 percent said they did not, and 11 percent were unsure. When asked to choose from a list of possible AI capabilities, however, the respondents greatly underestimated which ones are available today or are becoming increasingly available (see Table 1 above). Respondents also underestimated the extent to which they already use some form of AI devices and services. Thirty-four percent of respondents said they have never interacted with AI technology, yet when asked about particular AI devices and services, 84 percent said they used one or more of the technologies listed (see Table 2 at left).

There is no small amount of tooth-gnashing over the idea that AI will eliminate or at least reduce the need for lawyers (and judges). More measured articles are appearing in well-regarded publications such as The Atlantic (“Rise of the Robolawyers – How legal representation could come to resemble TurboTax”), The New York Times (“A.I. Is Doing Legal Work. But It Won’t Replace Lawyers, Yet.), and the ABA Journal (“How artificial intelligence is transforming the legal profession”). More dire predictions are easy to find as well: “Lawyers could be the next profession to be replaced by computers” at CNBC; “Artificial intelligence closes in on the work of junior lawyers” in The Financial Times; and “Why Artificial Intelligence Might Replace Your Lawyer” at OZY.

LawGeex (www.lawgeex.com) has an “artificial intelligence solution [that] helps legal teams automate the review and approval of contracts.” Reed Smith uses an AI platform from RAVN System (www.ravn.co.uk/) for real estate due diligence.

Artificial intelligence has entered the discovery arena as well. Many claim that “predictive coding” and “technology assisted review” are forms of artificial intelligence. There is a credible argument for the proposition that both supervised machine learning and unsupervised machine learning (one, the other, or both of which form TAR, depending on whom you side with) are forms of AI. For now, however, we will set those technologies aside and look briefly at two other AI implementations specifically for e-discovery.

First is NexLP (www.nexlp.com/), which says it “uses artificial intelligence and machine learning to derive actionable insight from unstructured and structured data.” The company’s Story Engine can “[s]earch, analyze, and investigate complex datasets to tell a story” as well as “[a]ctively monitor communications to turn disparate data into decisive decision.” NexLP integrates with kCura’s Relativity (www.kcura.com/relativity/) for, among other things, evaluating electronically stored information.

And then in June, DISCO (www. csdisco.com) announced the general availability of DISCO AI. According to the company’s press release, DISCO AI presents lawyers “with predictions for suggested document classifications (or tags) relevant to particular aspects of a case, such as key issues, importance, confidential information, and overall case relevance.” There also are, of course, myriad examples of e-discovery providers who claim their systems are powered by artificial intelligence but who don’t seem to publish detailed explanations of what they mean by that.

These are only the early fits and starts. In the months and years to come, we are likely to see the ever-morphing field of artificial intelligence alter how the bench and bar get their work done, not so much displacing attorneys and judges as delivering to them greater capabilities for handling ever-growing troves of data.