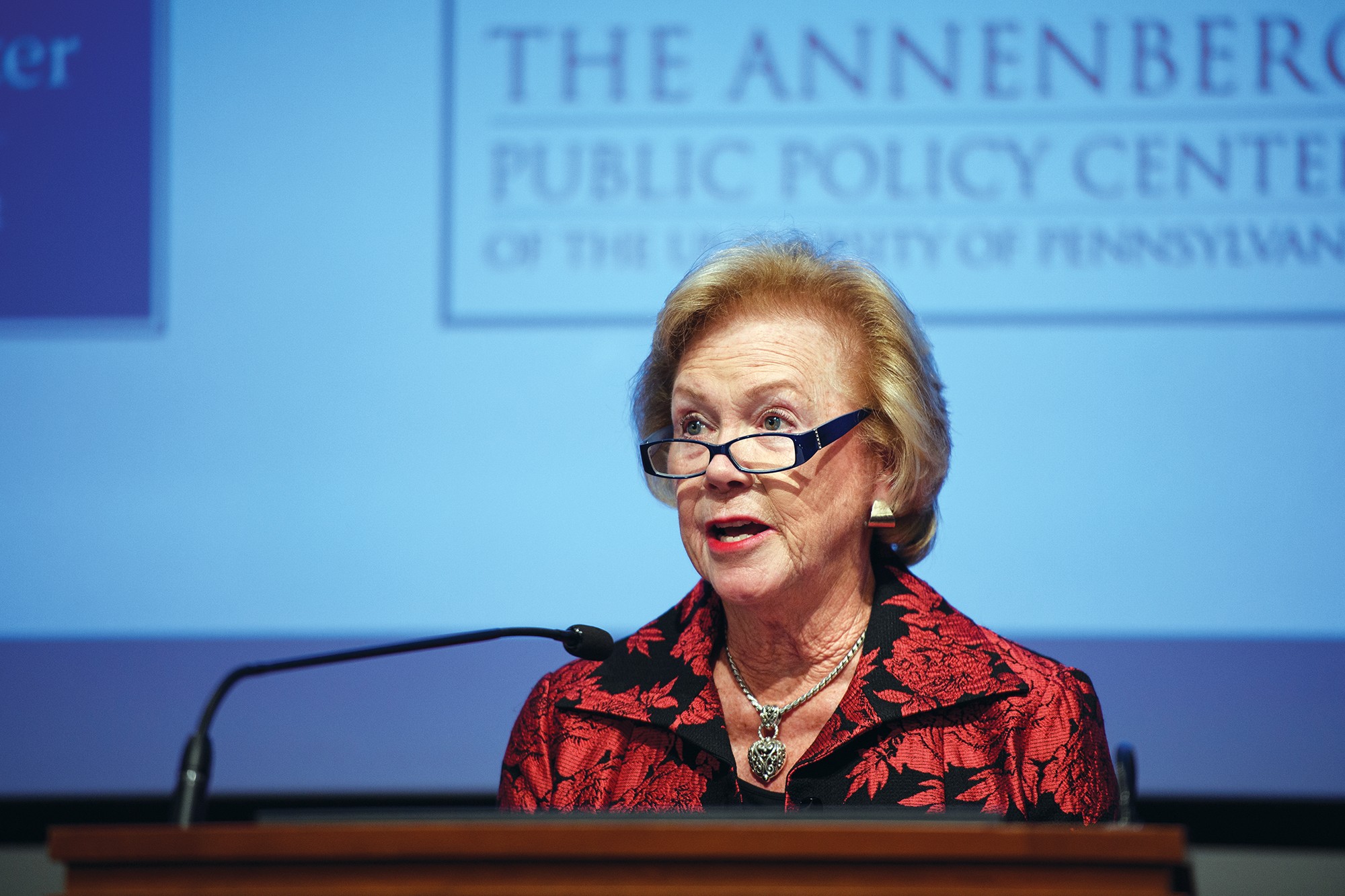 At a time when the branches of government are making daily headlines, how do we educate the public about a fair and impartial judiciary and its vital role in our democracy? The Rendell Center for Civics and Civic Engagement, in partnership with the Annenberg Public Policy Center, brought hundreds of lawyers, scholars, judges, and thought leaders to Penn Law School last October to address such questions in a series of panels, including a keynote session with retired Associate Justice Anthony Kennedy of the U.S. Supreme Court.

In introductory remarks, Judge Marjorie Rendell, senior judge of the U.S. Court of Appeals for Third Circuit and co-founder of the Rendell Center, highlighted the urgency of the discussion.

For video of the symposium, visit the rendellcenter.org. (Above symposium photo by Sameer A. Kahn, provided by the Rendell Center.)

“The Annenberg Public Policy Center recently conducted a survey to coincide with this very program in order to gauge understanding about our government and the courts,” she said. “Twenty-two percent of those surveyed could not name a single branch of government, and only 39 percent could name all three. Civics education is being pushed aside in favor of subjects that are on standardized tests. Increasingly our citizenry doesn’t know how our government works, let alone the responsibilities they have to keep our representative democracy vital. At the Rendell Center, we’re trying to reverse this trend.”

“Today we come together to consider an important topic, the fair and impartial judiciary,” Rendell continued. “Eighty-seven percent of those surveyed in the recent Annenberg Public Policy Center survey believe that these qualities were very important. Yet 57 percent were of the view that the Supreme Court, ‘gets too mixed up in politics.’ Although two-thirds believe that the Supreme Court operates in the best interest of the American people, nearly half believe that it should be less independent and should, ‘Listen a lot more to what the people want.’ Regrettably, it is the job of the legislature to do the will of the people, not the role of the courts. Our founding fathers believed it was essential that the judiciary be independent.”

More from the symposium:

Educating the public on what a fair and independent judiciary is and why it’s important is central to the Rendell Center’s mission, Rendell added. “We believe that if we teach our children the importance of our democracy when they’re young, we’ll not have to convince them later on of the importance of participating in their government through voting and jury service.”

During the daylong symposium, panelists discussed the meaning of a fair and independent judiciary; how judicial independence plays out in the federal and state courts; challenges to judicial independence; judicial decisionmaking; the importance of civic education; and how to make civics more interesting to young people. The program concluded with remarks by Justice Kennedy, who offered his view of the very nature of judicial independence. “Appreciate how rare and precious is the way that, in America, the bench, the bar, and the academy work together to make sure the legal system works,” he said. “This is the structure that undergirds judicial independence.” Find Justice Kennedy’s address and full video of the symposium at rendellcenter.org/professional-development/judicial-symposium.