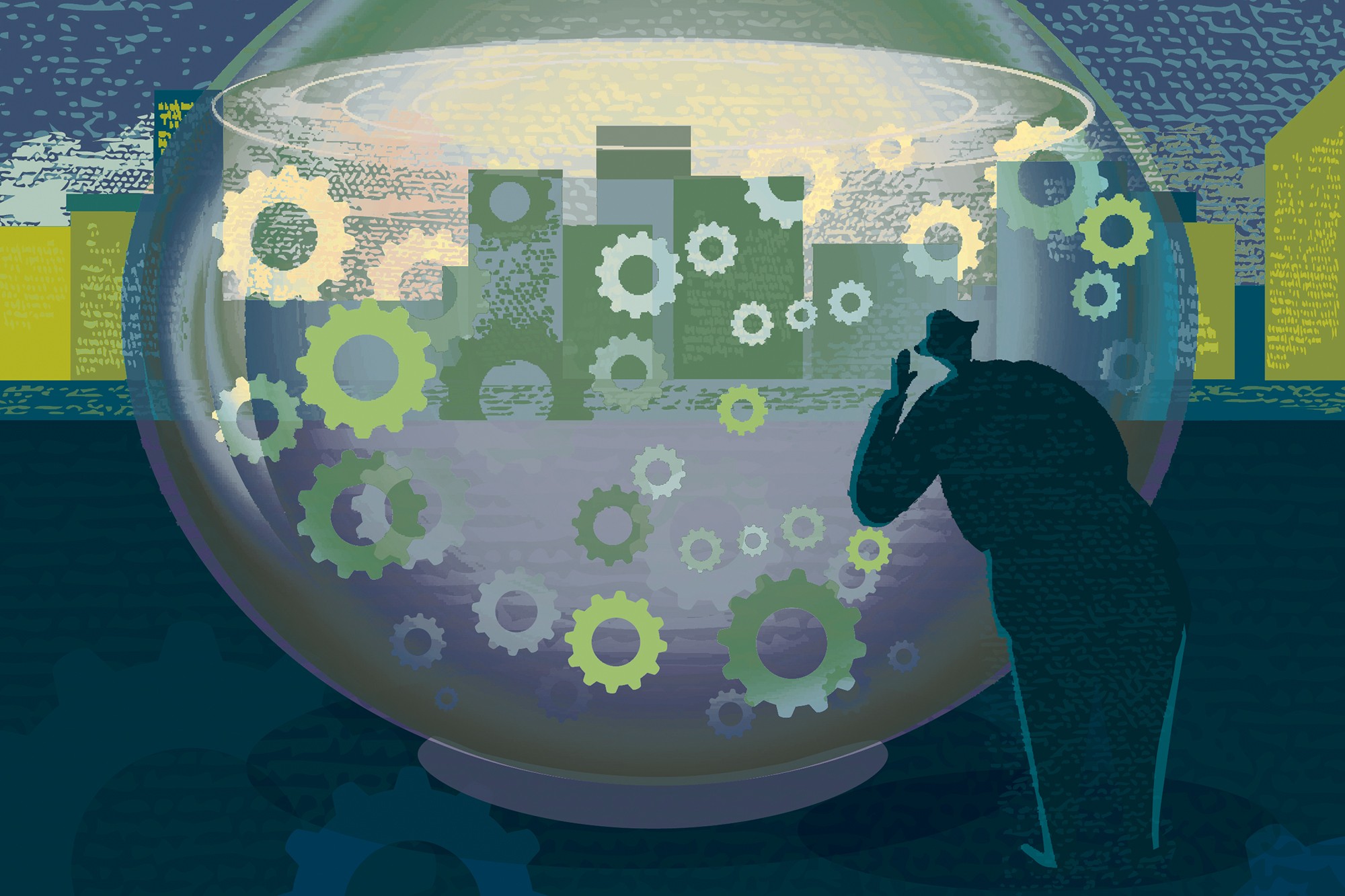 The television drama The Twilight Zone portrayed characters in disturbing situations set in the murky area between reality and the dark unknown. Most episodes had a moral. Here’s my thought for a new one.

You’re driving across the country. It’s late afternoon, you haven’t eaten for hours, and hunger’s starting to gnaw at you. You enter a town, eager to find food. You’re about to enter the twilight zone.

The first place you stop is lit up with a big neon sign. You get out of your car and walk up to the front door. It’s locked and dark. “That’s strange,” you think. Other places are open, and the sign is all lit up, but this place is closed. “I’ll take my business elsewhere,” you mutter as you walk back to your car.

You drive down the street. There’s another place. It, too, is all lit up, and this time you see people inside. You get out of your car and walk up to the door, but again, it’s locked. You pound on it, but no one inside seems to notice. Beside the door, there’s a machine with a sign on it: “To enter, please insert cash. $100 bills only.” You think, “That’s outrageous. Just to get something to eat? No way.”

Frustrated, you drive farther down the street. You come to another place, and this time there’s a fellow sitting out front. You tell him you’re looking for something to eat. “You a member?” he asks. “Member?” you respond, “This isn’t a club! I just need something to eat.” “Nope,” he says, “not a member. You don’t belong here.” You turn on your heels and stomp back to your car.

This is getting crazy, but hope lies ahead: another place, this one with the lights on, the door open, and lots of people inside. Finally, you think, some food. Inside, you’re handed an order form, several pages long and complicated. You must order with codes, but you have no idea what they are. “This is impossible,” you think. You look around. All the food that’s offered requires extended, professional preparation, and is expensive. Nothing simple for a hungry traveler.

Despairing, you wander out, and a voice behind you says, “Have a nice day. Come back any time.” What kind of town has nothing for an ordinary person to eat? You trudge to your car. Dusk is falling. You’re in the twilight zone.

Food is important. So is justice. But for many, justice seems as far out of reach as food for my traveler. The signs out front are all lit up. The American commitment to the rule of law is fabled. When I was a trial judge, I told jurors as each case began: “You are privileged to be a part of the best system of justice not just in the world, but in the history of the world.” Most were proud to serve. But when people need the system to serve them, in far too many instances, it can seem beyond reach.

America’s claims about the nation’s justice system are lofty. James Madison famously wrote in Federalist No. 51: “Justice is the end of government. It is the end of civil society. It ever has been and ever will be pursued until it be obtained, or until liberty be lost in the pursuit.”1 His collaborator, Alexander Hamilton, is said to have called justice “the first duty of society.” Yet in poll after poll, Americans report that the justice system is too expensive, too hard to navigate, too far removed from real people, as closed as if the doors were locked. Across the country, millions of people try to represent themselves in court. Abraham Lincoln had it right: “He who represents himself has a fool for a client.” But for many, there is no other choice.

Much work is being done to improve access to justice. Lawyers, in a proud tradition of their profession, represent needy clients without charge — pro bono publico — for the public good. The Texas Bar Association estimated that lawyers in the state, where I am a judge, donate more than two million hours annually, conservatively worth half a billion dollars. Legal aid provides basic civil legal services free of cost to the poor and economically struggling: that is, people whose income is usually no more than 125 percent of the federal poverty guidelines (in 2018, $15,175 for a single person). Funding comes from Congress through the federal Legal Services Corporation, sometimes from state appropriations and other public sources, and sometimes from bar associations and private contributions. Legal aid, like pro bono legal services, is not an entitlement. It’s not welfare.

It’s simply good government. This is an American idea, not a liberal one or a conservative one. As a judge sometimes identified as a conservative, I support improved access to justice because I am convinced this nation is strongest when its basic institutions fulfill their missions and, as a judge, I feel a special responsibility to help legal institutions fulfill theirs.

Study after study, around the country, concludes that legal aid, directly and indirectly, benefits economies. Legal aid is good for businesses and taxpayers. Legal-aid providers offer cases and training to lawyers willing to work pro bono who have no other way of contacting poor clients needing help, thus leveraging legal-aid funding to provide more representation. Legal aid is efficient; the public gets far more than its money’s worth. And legal aid makes the promises of the American justice system real when they would otherwise be a farce. In that way, legal aid is critical to the integrity of the rule of law.

Yet legal aid is available to only a fraction of those who need it: by some estimates, no more than half, by others, less than one-fifth. Justice for only those who can afford it is neither justice for all nor justice at all. If the justice system is to deliver on the faith America asks people to place in it and on the values it claims to preserve, greatly improved access to justice is an imperative. 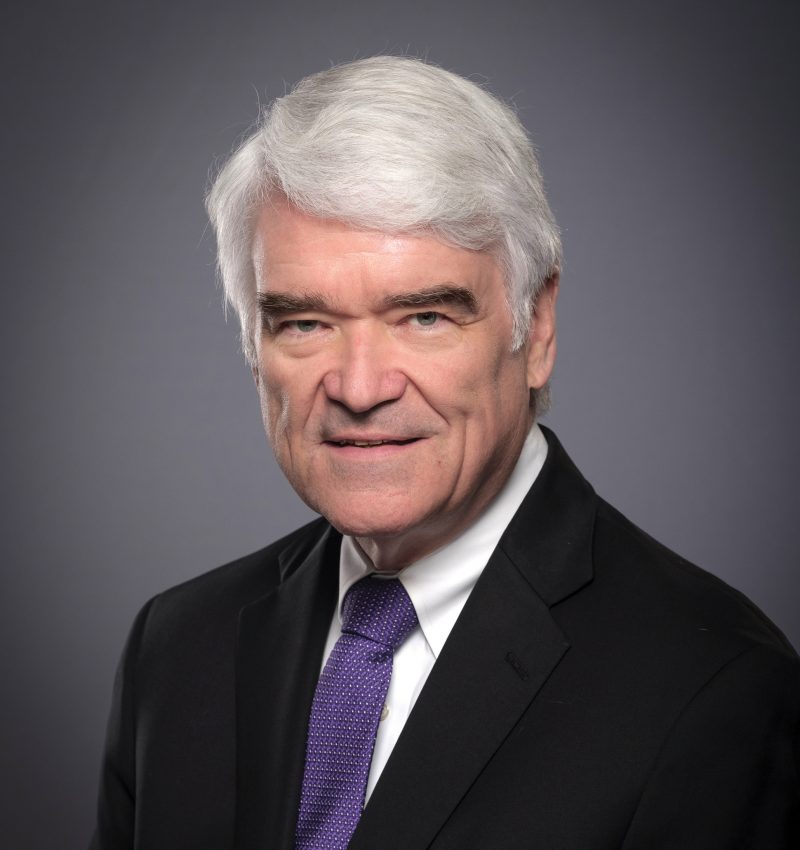 Nathan L. Hecht is the chief justice of the Supreme Court of Texas. He is a life member of the American Law Institute, a member of the Texas Philosophical Society, and a member of Judicature’s editorial board. He is active in the court’s efforts to ensure that Texans living below the poverty level have access to basic civil legal services.