A Leader of Judges: Robert B. Collings 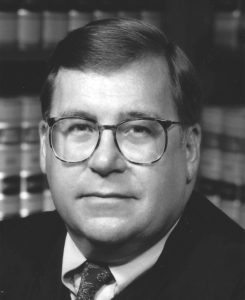 When Judge Collings retires in 2014, he will have served as a magistrate judge for the District of Massachusetts for 32 years. Judge Collings has written many published opinions clarifying or explaining the law. One could write at length about his contributions to the development of law. However, as important as these contributions are, his greater contribution has been his leadership in the judiciary. Judge Collings’s leadership style is one of patience and persistence. He has led from a wide variety of positions.

I first worked with Judge Collings in 1990 on the newly created Magistrate Judge Education Committee of the Federal Judicial Center. I was stuck by his knowledge of the judicial system and the needs of the judges. I first learned of Judge Collings’s patience and persistence through these committee meetings. If a program he suggested was not scheduled for one year, he would bring that idea up again so that it could be scheduled in another year. Judge Collings nudged us along to ensure the presentations to the magistrate judges by the Federal Judicial Center were interesting and relevant. His gentle guidance was magnified by his booming laugh that cheered us all.

Judge Collings’s patience and persistence stood him in good stead for his leadership of the Federal Magistrate Judge Association Legislative Committee. For nearly twenty years, Judge Collings has guided legislation important to magistrate judges through Congress. He has taken the long view in working with Congress. Judge Collings established ongoing relationships with senators, representatives, and their staff. He instituted a network of magistrate judges who had a relationship with a member of congress. He understood the difficulties in passing even noncontroversial legislation favorable to judges. When the groundwork laid in one Congress did not result in a bill’s passage, Judge Collings persisted to eventually get the legislation passed in the next Congress or the one after that.

In addition to working with Congressional leaders, Judge Collings developed strong relationships between the Federal Judges Association (FJA), the National Conference of Bankruptcy Judges (NCBJ), and the Federal Magistrate Judges Association (FMJA). The FMJA is the newest federal judges association, but Judge Collings took the lead in cooperating with the other two groups to coordinate legislative approaches on matters of interest to all judges. The joint effort included hiring a single legislative advisor, and having all of the judges’ associations present at meetings attended by members of congress and their legislative aides. Judge Collings’s efforts continue today, and these joint meetings are held even though there may be no particular legislation in the pipeline. As I said earlier, Judge Collings is an advocate of the long view when dealing with legislative issues and the necessity of cultivating contacts.

Judge Collings has been recognized by his peers. He is the only magistrate judge who has served both on the Federal Judicial Center Board and the Judicial Conference of the United States. He was the chair of the National Conference of Federal Trial Judges, Judicial Division, American Bar Association. He was the president of the Federal Magistrate Judges Association, and was awarded the Founder’s Award, the highest honor that the association can bestow.

Judge Collings may have developed his leadership skills as a Phi Beta Kappa student at Hamilton College or as a cum laude graduate of Harvard Law School. Certainly, he had leadership training during his four years with the Navy Judge Advocate General’s Corps, where he acted as trial counsel and as a military judge. His leadership ability was recognized by the United States Attorneys for the District of Massachusetts. He entered that office in 1971, and by the time he was appointed a United States Magistrate Judge in 1982, he was the First Assistant United States Attorney and the Chief of the Criminal Division.

Judge Collings’s effective and powerful leadership sets a standard that may never be accomplished by another magistrate judge. He has given the judges an extraordinary model to follow.

I will conclude on a personal note. Judge Collings has been my example and my mentor for over twenty years. I consult him on issues that arise in the various leadership roles that I have held in the judiciary. His advice has always been spot on, and well-reasoned even if, at times, it is contrary to my own opinion. I know that some of my achievements were based in no small part of Judge Collings’s example. I am proud to count him as a friend.