Judge Edward Weinfeld was a judge of the Southern District of New York from 1950 until his death in January 1988 at the age of eighty–six. He remained an active trial judge until his death, never taking senior status. Supreme Court Justice William J. Brennan Jr. described the Judge as “a day-by-day living example of what we want our judges to be.” The Justice continued: “There is general agreement on bench and bar throughout this nation that there is no better judge on any court.”

During his career, the Judge presided over many well-publicized cases. Early in his judicial career, he courageously dismissed an indictment against Corliss Lamont for refusing to answer questions before a Senate Subcommittee chaired by Senator Joseph McCarthy because the Subcommittee lacked the authority to ask the questions. He enjoined the proposed merger of the Bethlehem Steel Corporation and the Youngstown Sheet and Tube Company. He presided over many notable trials: a libel suit between Quentin Reynolds and Westbrook Pegler; the Government’s successful prosecution of a sitting New York State Supreme Court Justice and the former Chief Assistant United States Attorney of a neighboring district; and three separate criminal trials involving the heroin importation conspiracy depicted in The French Connection.

The Judge gave unstintingly of his time to the administration of justice. He was a member of the three-judge court that oversaw the reorganization of the Penn Central Railroad and a member of the Judicial Panel on Multidistrict Litigation. He was a member of the Bankruptcy Commission, which studied the reform of the bankruptcy laws. The Commission’s findings ultimately formed the basis for the Bankruptcy Reform Act of 1978. He was available for any difficult case that the Chief Judge of the District asked him to take on in the days before random assignment of cases.

Above all, however, Judge Weinfeld was an extraordinary trial judge. One wellspring for that excellence was his fundamental belief that every case is important and every case is interesting. He believed that with a passion that drove him to deal with every case in the best and fairest way that he humanly could. No litigant deserved second-class treatment, no matter how small the claim or how familiar the crime. Every case was centrally important to the parties, and the judge would handle it as such. He conveyed that sense of dispensing justice to all of the people with whom he came into contact—parties, lawyers, jurors, witnesses, and court staff. The Judge imbued respect for justice day-by-day, case-by-case.

The Judge worked prodigiously hard. He was in Chambers by five thirty in the morning and, in his later years, much earlier. He loved what he did. Toward the end of his long career he famously wrote: “When, at a fairly early hour of the morning, I put the key into the door of my darkened chambers and walk across the room to start the day’s activities I do so with the same enthusiasm that was mine the very first day of my judicial career. What one enjoys is not work. It is joy.”

The Judge presided over trials with a quiet dignity that commanded the respect of the lawyers, the parties, and the jurors. He had the knowledge and the instincts to make rulings promptly and those rulings were almost never contested. If he needed more time to consider difficult issues, he made sure that he was able to do that without interrupting the jury’s time in court. He was the unquestioned master of the courtroom without the need to resort to the heavy hand of sanctions. He was respected because he was knowledgeable and fair in his rulings—so much so that a defendant who had been convicted previously in an unrelated case before the Judge opted to have the Judge preside over his second criminal trial.

The Judge worked intensely during trial. Each morning before the trial day began he would review the trial transcript from the previous day, cross-referencing his own detailed trial notes with the transcript. Those notes would form the basis for his charge to the jury. His jury charges were so detailed and authoritative that they became the basis for Judge Leonard Sand’s subsequent treatise on jury charges that is now the standard treatise in the Second Circuit.

The Judge was meticulous and thorough in his written opinions. He authored over 2,000 opinions beginning in the days long before computers. Those opinions depended heavily on detailed expositions of the facts and thorough analysis of the law. The Judge wanted to assure that he was correct on the facts and the law, not because he was concerned about what would happen on appeal, but simply because his job was to be as correct as possible. He would express disinterest with the results of an appeal by saying, “We do what we do, and they do what they do.” Nevertheless, he had an impeccable record on appeal, but that record sprang from his efforts to be right, not from an effort to avoid reversal. As Chief Judge Henry Friendly once wrote of one of the Judge’s trials: “Absolute perfection in trials will not be attained so long as human beings conduct them; few trials of this length and difficulty can have been so nearly free of error as this one.”

In the first week that I clerked for Judge Weinfeld, the Judge left me a draft of an opinion that he had written, and he asked me to cite-check it and get it ready for issuance. I worked on the opinion and left it for the Judge, but I was not completely satisfied with the resolution of one issue. When I arrived in Chambers at seven o’clock the next morning there was a revised opinion on my desk. The revised opinion resolved the issue that had troubled me. I went into the Judge’s office and explained—somewhat amazingly to me in retrospect—that I had reviewed the prior opinion and tried to edit it. I explained that I had done what I could, but there was something that was still “not quite right.” I told the Judge that the new opinion had solved that problem and was really very good. I beamed in my brashness. The Judge responded, with one of the few cold comments I can recall in the course of the clerkship: “Don’t ever, ever, let me do something that’s not quite right.”

The numerous times that other courts have cited the Judge’s opinions, frequently noting that the opinion is by Judge Weinfeld, reflect the Judge’s fairness and dedication to the law as it existed, not as he would wish it to be. In the famous Watergate tapes case, United States v. Nixon, 418 U.S. 683 (1974), the Supreme Court cited Judge Weinfeld by name and applied the test for enforcing a subpoena that Judge Weinfeld had developed in United States v. Iozia, 13 F.R.D. 335 (S.D.N.Y. 1952).

The Judge was principled without being doctrinaire. He had a policy that he would sentence white-collar defendants to some term of imprisonment because he thought that was necessary for deterrence. But I recall one elderly defendant in such a case who had led a life characterized by acts of quiet charity, long before it was in his interest to perform such acts, whom the Judge did not sentence to prison. The Judge explained that the bread that the defendant had spread on the waters had now returned to him.

The Judge was quiet, not self-aggrandizing. He did not make speeches, except to accept the awards that inevitably came his way. He did not write law review articles because he thought that he had more than enough to do to keep his calendar current—and it was very current—and to work on his careful opinions. He did not grant interviews, with two exceptions. He gave his granddaughter an interview for an oral history, and he granted an interview for a reporter on the occasion of the Judge’s thirty-fifth anniversary on the Bench after the reporter had doggedly pursued the Judge at four thirty in the morning. As Justice Brennan explained, “it would be easier to salute him if he’d been more noisy,” but what distinguished the Judge‘s career was the “purity of its devotion and its quiet dedication to the business of judging.”

One measure of the esteem in which the Judge was held was reflected in the final case that the Judge tried. It was a complex criminal tax case. The Judge had presided over it for some time, and it was almost concluded. Unbeknownst to the lawyers, the Judge was dying, but his mind and work habits remained unaffected. Finally, however, he explained to the lawyers that he could not continue the case because he was going into the hospital. He offered to have any other judge of the court complete the trial because he was confident that they would do that for him. The lawyers for all parties said that they were prepared to adjourn the trial until the Judge returned. The Judge responded that they did not understand—he was never coming back. The lawyers taped the summations so that the Judge could listen to them in the hospital.

The Judge has been an inspiration to those who had the privilege to appear in his courtroom, to his colleagues, and to the generations of law clerks who had the joy to serve with him. 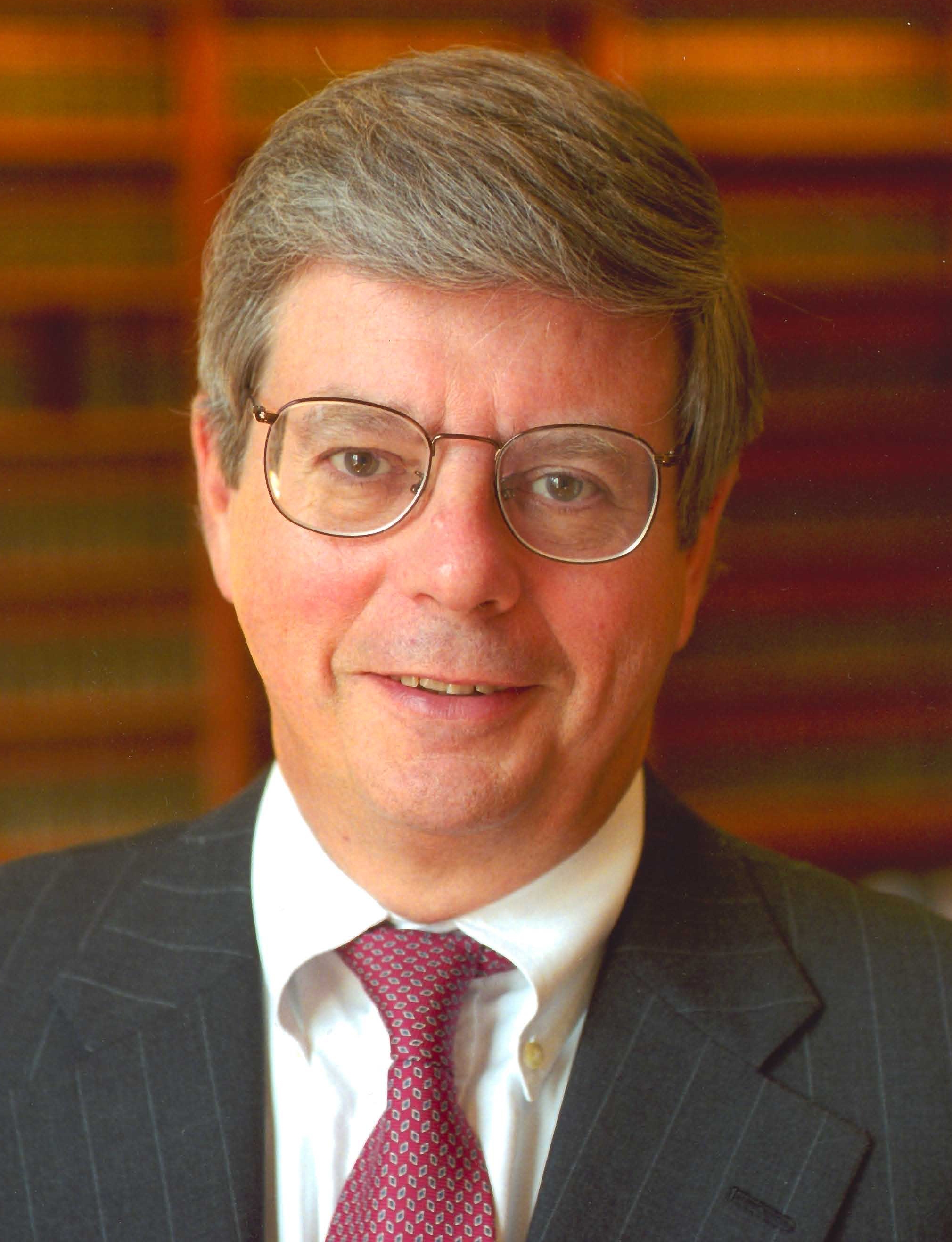