by Johnnie B. Rawlinson 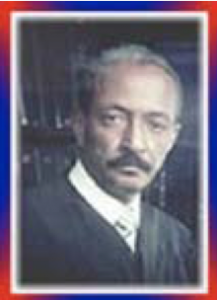 In 1964, Judge Addeliar D. (“Dell”) Guy III became the first African-American to practice law in the state of Nevada. Eleven years later, he was appointed as the first African-American judge on the state court bench in Nevada. By default, Judge Guy assumed the role of example and mentor to the handful of African-American attorneys who began to filter into the ranks of the Nevada State Bar. But Judge Guy didn’t stop there. He eagerly embraced the mantle of mentor to all whose paths he crossed, including criminal defendants who stood before him for sentencing. Once while sentencing a young man who had been convicted of first-degree murder, Judge Guy held the entire courtroom enthralled while giving a ten-minute, impassioned colloquy about the challenges and distractions faced by young men in modern society. Judge Guy emphasized that he was speaking not only to the prisoner standing before him, but to all those in the courtroom who might use his words to turn even one young person away from a life of crime.

Judge Guy firmly believed that education was the key to ensuring a better life for disadvantaged youth.  Consistent with that belief, Judge Guy established a scholarship in his name. To entice students to apply for the scholarship, he instituted a “Spirit of Nevada” art and essay contest for middle school and high school students. The artwork and essays from the students were posted throughout the courthouse, inspiring the students, their parents and members of the community to visit the courthouse and become more familiar with the legal proceedings that occurred there.

To the lawyers he mentored, Judge Guy’s basic advice consisted of two words–no excuses. He stressed the practice of excellence in performing even the most minute legal task. He emphasized that the best way to shatter notions of inferiority was to consistently produce a superior work product. But, but far, Judge Guy’s most influential mentorship technique was leading by example. He earned the respect of the legal community by, without fail, being prepared, fair and principled. Judge Guy encouraged each young attorney with whom he came into contact to aspire to become a judge. He was firmly convinced that service on the bench fulfilled the highest calling of our profession. He also persuasively argued that it was important that the judiciary reflect the makeup of the entire community, visually reassuring the community that all citizens have access to the justice system. As a testament to the esteem in which he is held, a school, Boys and Girls club, community center and veterans’ hospital all bear Judge Guy’s name. To be sure, Judge Guy’s imprint will remain in the Las Vegas community for generations to come.

It is no accident that every African-American judge formerly or presently serving on the bench in southern Nevada was mentored by Judge Guy. He did not live to see us all seated as judges, having passed away in 1997, but his spirit of excellence and fairness lives on through us.