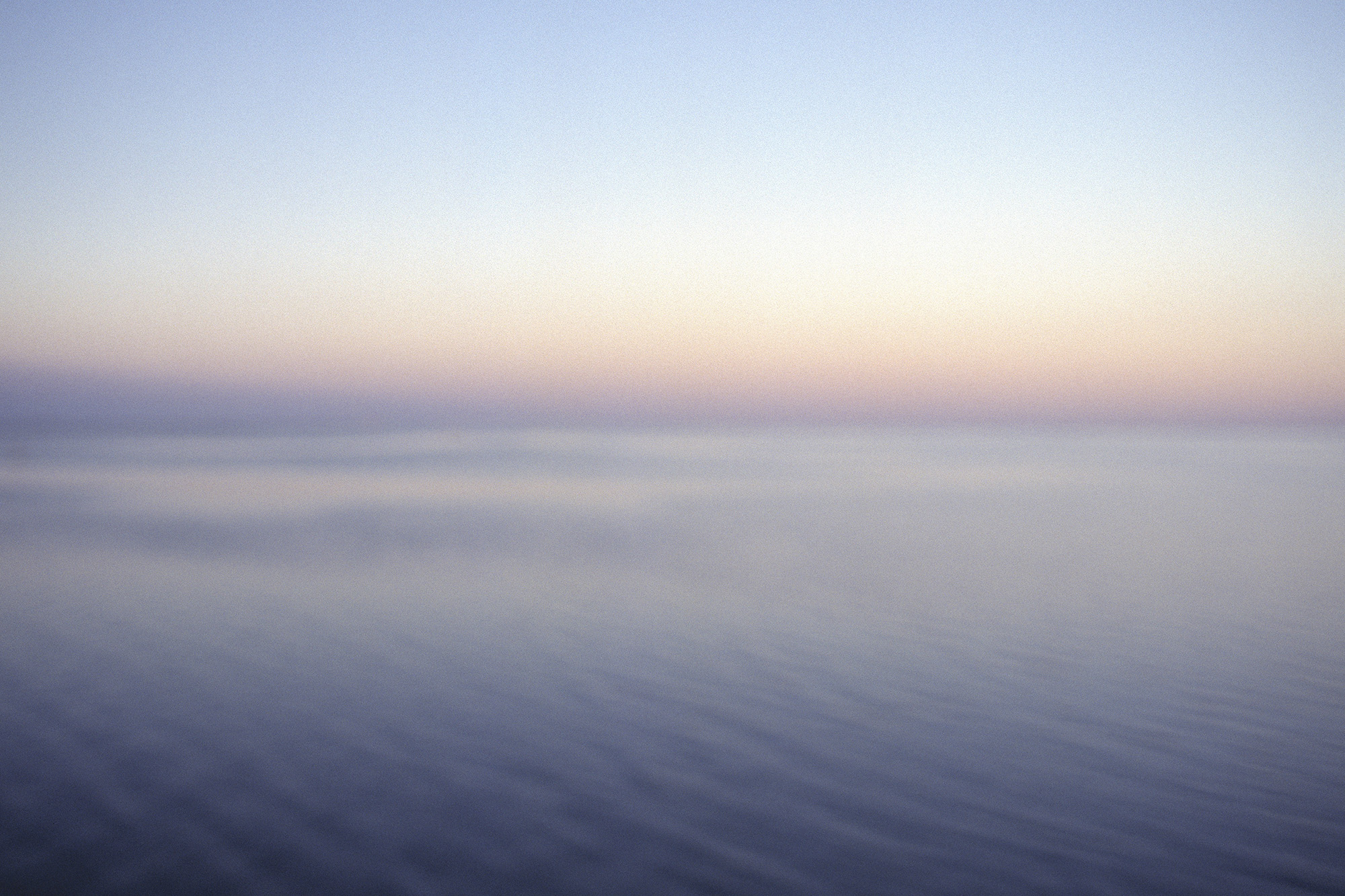 Judges, as our title implies, make judgments. Sometimes the process of making a judgment is straightforward, as when clearly written statute plainly applies to undisputed facts. But more often, the meaning or applicability of a statute requires interpretation, or factual disputes can be resolved only by determining the believability of human witnesses or by weighing conflicting circumstantial evidence.

If applying the law to the facts also involves the exercise of discretion, whether in resolving issues in a civil action or imposing sentence in a criminal case, the process of making a judgment may become complex and multidimensional. Most cases involve real people with important, often very personal, interests at stake. A judge’s decisions frequently are made in and affect an atmosphere infused with passions that can confound the detached rationality with which decisions — at least in theory — are supposed to be made.

As professional decision makers, judges typically become skilled at thinking reflectively and articulating reasons for their decisions. Most judges try to recognize and account for their reactions to the cases they hear and to avoid ruling impulsively. Judges also strive to treat people fairly. Yet despite these efforts, almost every experienced judge can think of cases in which a judgment missed the mark, in which the emotional impact of the situation made thoughtful reflection difficult or impossible, or in which there was lingering doubt about whether justice truly was done.

Judicial educators have recognized this reality for many years. Many have developed courses intended to help judges hone their decision-making skills and manage occupational stress. Some also have designed courses that explore unconscious psychological and cultural factors that can influence fact finding and decision making. More recently, there has been interest in understanding the extent to which empathy — one’s ability to understand a situation from another’s perspective — affects how judges judge and how litigants experience the legal process.

Another construct that is only beginning to be explored in connection with judging is mindfulness. Although it has been most deeply understood and articulated in practices such as meditation and yoga, mindfulness actually is a remarkably simple and universal concept. Its value has attracted increasing attention in business, education, medicine, and, in the legal context, mediation. In essence, it involves slowing down one’s mental processes enough to allow one to notice as much as possible about a given moment or situation, and then to act thoughtfully based on what one has noticed. It sometimes is described as approaching each moment with a “beginner’s mind” or “thinking about thinking while thinking.” While much of the discussion of mindfulness in relation to judges so far has focused on health and wellness, mindfulness also has obvious implications for the actual work that judges do. The following examples may be helpful.

A Thoughtful Approach to Repetitive Tasks

Many trial-level judges preside over busy criminal calendars in the course of which they take multiple guilty pleas. Because appellate courts have provided detailed guidance with respect to the contents of a plea colloquy, and because many criminal cases have similar fact patterns, it is easy for the process of taking a plea to become routine, especially over time. While few judges knowingly “mail the process in,” it is not uncommon for such repetitive tasks to receive less-focused attention than other judicial work, particularly when a judge is operating in a chronically stressful environment.

Mindfully taking a plea involves approaching each plea as a new and unique situation. The judge notices consciously things that otherwise might tend to be noticed only in passing, if at all: the defendant’s tone of voice and body language, the way the defendant and counsel appear to be communicating (or not communicating) with each other, the defendant’s physical appearance, whether friends or family members of the defendant (or victims) appear to be in the courtroom, and so on. None of these things necessarily changes the outcome of the process, yet, taken as a whole they can help the judge learn more about the defendant and assess more fully whether the defendant is entering a knowing and voluntary plea. And perhaps just as importantly, the attentiveness shown by the judge is communicated to the defendant and everyone else who is present.

A Way of Limiting Uncoscous Assumptions

A core competency of trial court judges is assessing credibility. Judges decide regularly whom to believe and how much to believe them, not only in evaluating witnesses who are testifying under oath, but also in dealing with lawyers and parties in the course of managing cases. Both consciously and unconsciously, judges draw upon their professional and personal life experience and respond to cues that they believe have been reliable in the past. And again, particularly under stressful circumstances, the process of doing this can become somewhat automatic.

As our society has become increasingly diverse, there are more cases in which a person’s behavior may have a different valence when viewed in cultural context. For instance, a judge reflexively may view a witness’s lack of eye contact when testifying as an indication that the witness is not telling the truth. Yet in some cultures, making direct eye contact in certain settings is seen as disrespectful. Creating additional capacity for reflection can allow the judge to notice his or her reflexive response and to consider what significance, if any, to attach to the witness’s manner of testifying. The same is true with respect to a judge’s perception of any number of other behavioral differences.

At least from the perspective of those with whom he or she interacts, perhaps the most important attributes of a judge are demeanor and temperament. While lawyers and parties undoubtedly hope that a judge will rule in their favor, often what matters most to them is the way they are treated: whether they feel listened to, heard, understood, and respected. While judges have a wide range of personalities and dispositions, all judges at one time or another experience states of mind, such as anger, frustration, distraction, or fatigue, that make it difficult or impossible for them to live up to these aspirations.

Noticing as fully as possible what is occurring in the moment makes a judge more aware of his or her own physical and mental state. A judge with such awareness is more conscious of his or her emotional reactions to a lawyer, litigant, or situation, and is able to choose an appropriate response rather than ignoring the reactions or losing control. Often the optimal response will be to set one’s feelings aside, but sometimes an intentional, considered expression of emotion may be exactly what is needed to show that a judge is engaged and respectful. In either case, it is more likely that the judge’s demeanor will reflect the seriousness and thoughtfulness that our society hopes for in its judiciary.

The Value of Reflective Thinking

In his best-selling book, Thinking, Fast and Slow, the Nobel laureate Daniel Kahneman makes a useful distinction between intuition, in which one reacts to stimuli immediately and instinctively, and reflection, in which one thinks consciously about what one is experiencing. Kahneman observes that intuitive (“system l”) thinking is particularly active when one is doing routine tasks or when reflection is inhibited by stress. While intuitive thinking can be an efficient and even a necessary response to a given situation, its accuracy can be limited by one’s life experience and unchecked assumptions. Kahneman suggests that reflective (“system 2”) thinking allows for a more careful assessment of the circumstances, including the ability to notice and, when appropriate, question one’s intuitive responses. One is able to be more intentional in the moment as well as after the fact.

Although “system 2” would appear to be normative for judges in our professional role, the demands of our job can cause “system l” to operate more frequently than we might want. One way of understanding mindfulness is as a means of strengthening our ability to be in “system 2” by heightening our self-awareness and building our capacity to be reflective. Mindfulness can improve judicial functioning not only by mitigating the unbidden intrusion of “system l” thinking but also by increasing the richness of “system 2” thinking. While slowing down one’s thought processes may result in a given task taking somewhat longer to complete, Kahneman and others point out that the additional time involved typically is relatively minimal. And because reflective thinking can be expected to reduce the “unforced errors” that often are present in “system l,” mindfulness actually can improve one’s net efficiency.

The Personal Benefits of Mindfulness

As the current interest in mindfulness in the context of health and wellness suggests, the benefits of mindfulness are not limited to more nuanced decision making and better emotional regulation. One of the consequences of chronic stress is that its symptoms can become one’s “new normal.” One’s mind and body literally can forget how it feels to relax, to breathe deeply, and to appreciate being in the present, which in turn can have significant negative consequences for one’s health. Mindfulness is a powerful way of counteracting these effects. It allows one to notice what is happening and think about and take remedial measures.

Fortunately, cultivating and practicing mindfulness is a natural and accessible process. Perhaps because of its popular association with meditation, yoga, and other traditional ways of developing and sustaining it, some may think of mindfulness as an element of a particular cultural style or worldview. But looking at mindfulness in this way misapprehends its nature. Its purpose is not to tell one what to think or do but rather to help one think and act as one chooses with the benefit of deeper reflection and more fully conscious intent. For judges, whose judgments can have profound effects on others, it can be both an enormously effective tool and a key to a more satisfying professional life.