Lastly: A Judge Honors the Activist Who Brought Her to Jail 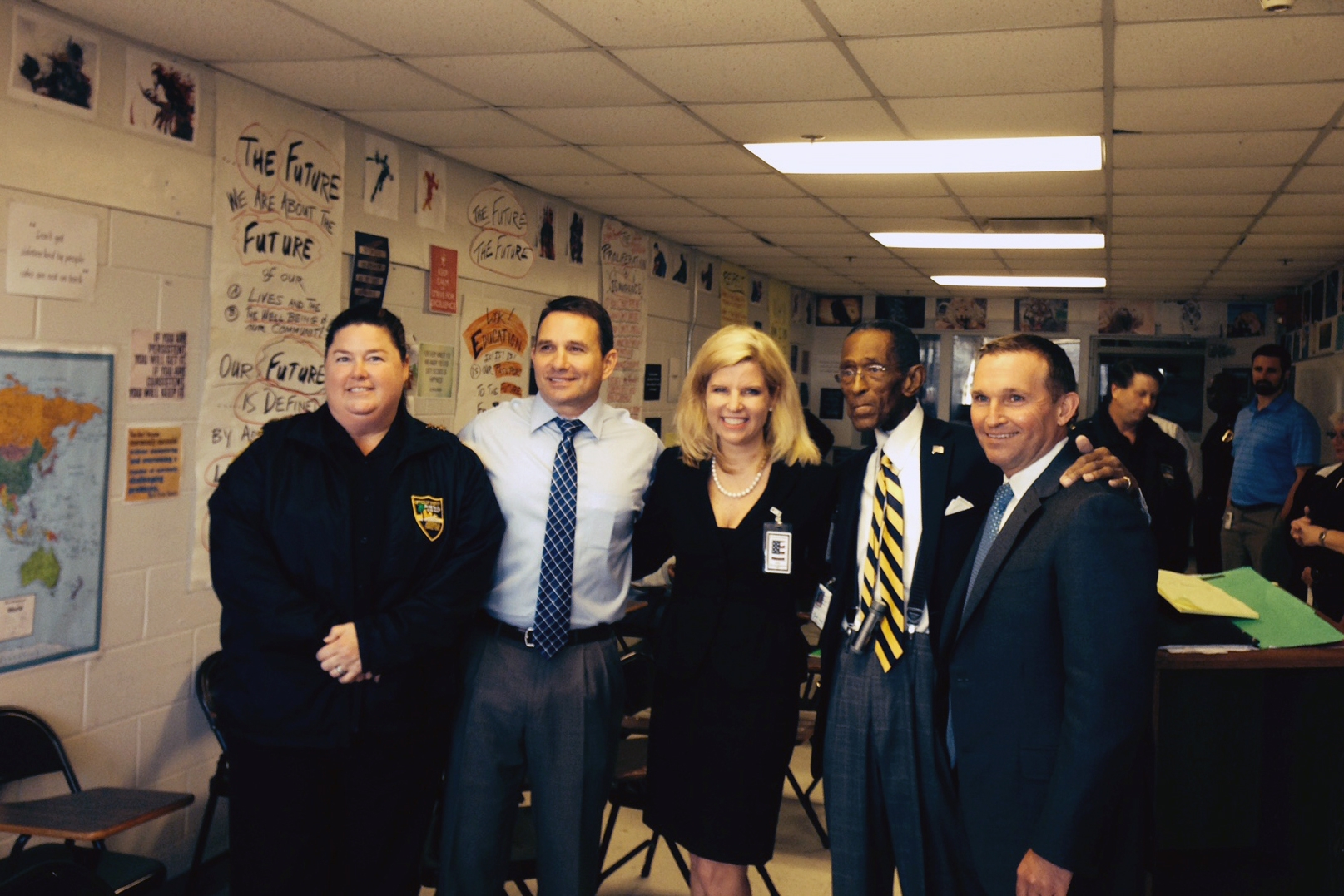 I met Richard McKissick at his family’s church, Bethel Baptist Institutional Church in Jacksonville, Fla., in 2006. I was a judicial candidate, and Richard was kind enough to be pleasant to a woman on the campaign trail. After I lost that, my first election, I kept attending his family’s church because I liked it so much.

By the time my next election (that one thankfully successful) came around, Richard and I were great friends. It was 2009. I was a new circuit court judge, and Richard wanted to celebrate with me. So he invited me to the Duval County Jail.

For decades, Richard had been running D.A.W.N. — Developing Adults with Necessary Skills — a program he founded in the city of Jacksonville. Now funded by a Department of Justice grant and operated in partnership with the city, the Jacksonville Sheriff’s Office pre-trial detention facility, and Florida State College at Jacksonville, the program’s official goals are to help male and female inmates obtain their high school diplomas, find meaningful employment, and permanently stay out of the criminal justice system. Unofficially, though, Richard also brought hope and leadership that inmates desperately needed. He was, for many of them, the only person who had ever cared for or worried about them.

I did not know what to expect during my first visit. As an attorney, I had been in my share of jails and prisons, to take depositions or conduct an investigation. But this was different. I was simply a visitor. I was not even sure whom exactly I was visiting. But any nervous energy I might have had walking into that jail quickly became awe as I watched Richard connect with his students. He inspired them, these people forsaken by society, to reclaim their lives. He demanded that they be accountable for their actions. He taught them to be citizens.

That visit inspired me to do better, too. I wanted to get involved.

So my adventure with Richard began. Through the years, I have worn many hats within D.A.W.N. While I now play an ever-increasing leadership role, my favorite role is inside the D.A.W.N. classroom. I have worked with D.A.W.N. students extensively, particularly with regard to goal setting and personal responsibility. There has been no greater joy than watching my students succeed — sometimes in ways that they themselves never imagined. I have also felt genuine heartbreak when I have witnessed students return to patterns of poor choices.

Richard and I used to say that for two people who had never been arrested, we sure spent a lot of time in jail. We made quite the pair. His voice was but a whisper, spoken through a microphone apparatus after a fight with cancer. I was nicknamed the “Mouth of the South” — I was rarely at a loss for words. He was an African-American man, a leader in the civil rights movement. I was a white woman who had experienced many advantages. Richard was an activist. I voluntarily relinquished many of my rights in order to serve as a judge.

But we were a perfect team. Richard and I believed that we could change the world together. While we sometimes had different perspectives, we always listened and learned from one another, and we always shared the same vision — combining accountability with hope. Through D.A.W.N., Richard cared for others while calling them out for their actions. He believed in forgiveness, but he also believed in standards. He not only believed that people could do better, he helped them do so — myself included.

We celebrated a D.A.W.N. milestone in December 2015, when both the mayor and the county sheriff attended one of our classes. These leaders challenged our students to take charge of their lives and not return to the criminal justice system. Just one month later, on Jan. 1, 2016, Richard died at the age of 90. Our work at the time was focused on increasing the opportunities for our students once they re-entered the community. Even as his life ended, he was busy making plans for his students to improve theirs.

I still strive every day to do better as a human being and judge. I keep reminding others that they can do better. And I will keep helping them do so. In Richard’s honor.