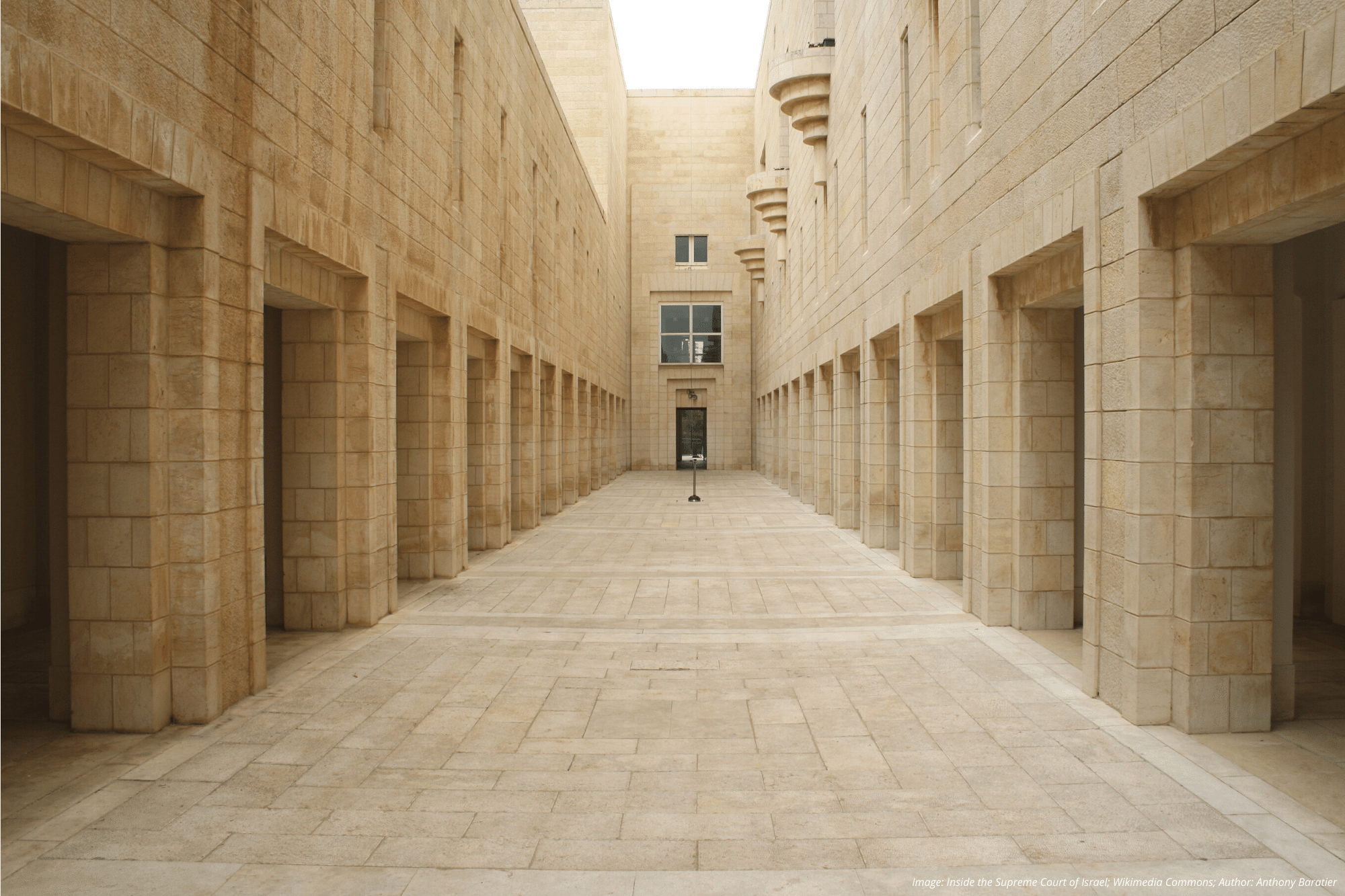 Concerns are growing in Hong Kong’s legal community about the deterioration of judicial independence and the rule of law. June 30 marked the second anniversary of the national security law imposed by Beijing. Under the “one country, two systems” arrangement, Hong Kong’s legal system has attracted companies that have made the city a commercial hub in Asia. Alvin Cheung, a legal scholar, now worries that Hong Kong is sliding towards “an arbitrary ‘prerogative state’ under the national security apparatus and the mainland Chinese system.” Consequently, Hong Kong might look less attractive to companies in the future. (Asia.Nikkei.com)

The religious-right opposition proposed a bill that would grant the government and the Knesset control over appointing justices to Israel’s high court. Under the current system, politicians, senior members of the judiciary, and legal professionals share the responsibility of appointing justices to Israel’s Supreme Court. While the bill is unlikely to pass, Guy Lurie, a fellow at the Israel Democracy Institute, warns that the bill would make the appointment process highly partisan by giving “the [ruling] coalition total control over the appointment of justices.” (TimesofIsrael.com)

The government of Kiribati has suspended two High Court justices, igniting a constitutional crisis in the pacific island nation. “The protracted dispute between judges and the executive [in Kiribati] clearly raises concerns for judicial independence,” said Anna Dziedzic, a postdoctoral researcher at Melbourne Law School, in The Guardian. In a Facebook post on June 30, the Office of the Kiribati President also criticized two articles, a joint statement concerning an investigative tribunal and Chief Justice Hastings’ essay published in Judicature International last year. (TheGuardian.com)

Judges in Tunisia went on strike to protest President Kais Saied’s attempts to gain control over the judiciary. On June 1, President Saied fired 57 judges, accusing them of corruption and protecting terrorists. Critics say this is the latest in a series of steps President Saied has taken to consolidate power after dismissing Tunisia’s elected parliament last July. (Aljazeera.com)

Critics are concerned that recent court decisions show President Recep Tayyip Erdogan is tightening his grip on the judiciary ahead of Turkey’s 2023 elections. In a recent case, nationalists who attempted to lynch opposition leader, Kemal Kilicdaroglu, avoided prison time. Omer Faruk Eminagaoglu, the former head of the Association of Judges and Prosecutors, criticized the decisions and said they suggest “that similar attacks may increase during the campaigning period.” (Al-Monitor.com)

The UK’s All-Party Parliamentary Group on Democracy and the Constitution issued a report finding that the UK Supreme Court made seven decisions “more palatable” in response to criticism by Members of Parliament. The chair, Geraint Davies MP, said that the judiciary’s “independence has been under attack from ministers and in the media with their questions about the impartiality of judges risking undermining public confidence in the law itself.” The report notes that UK politicians have misled the public by characterizing “decisions with political consequences” as “political decisions.” (TheGuardian.com)

Members of the criminal defense bar in Manchester began striking to protest inadequate pay. Junior criminal law barristers make less than £13,000 a year, making recruiting young barristers nearly impossible when UK courts are already struggling to clear the backlog of cases caused by COVID. The walkouts, which impact more than 1,000 cases per day, are planned to continue until July 22. (TheGuardian.com)

Amid a tumultuous end to the 2021-22 U.S. Supreme Court term, a Gallup poll reported that public trust in the Court fell to a historic low. In late June, just 25 percent of Americans surveyed indicated they trusted the Supreme Court, down from 36 percent in 2021. After the Court overturned Roe v. Wade’s abortion rights protections on June 24, constitutional law scholars speculated about whether other Supreme Court decisions might be subject to re-examination. (News-Gazette.com)

The Department of Justice is supporting federal legislation designed to increase protections for federal judges. On June 8, a man was arrested outside Supreme Court Justice Brett Kavanaugh’s home and charged with attempted murder. Threats and intimidation against U.S. judges have increased in recent years. The U.S. Marshals Service reported that 4,511 threats and inappropriate communications were directed at judges in 2021. As of June 17, the bill is stalled on Capitol Hill. (Reuters.com)