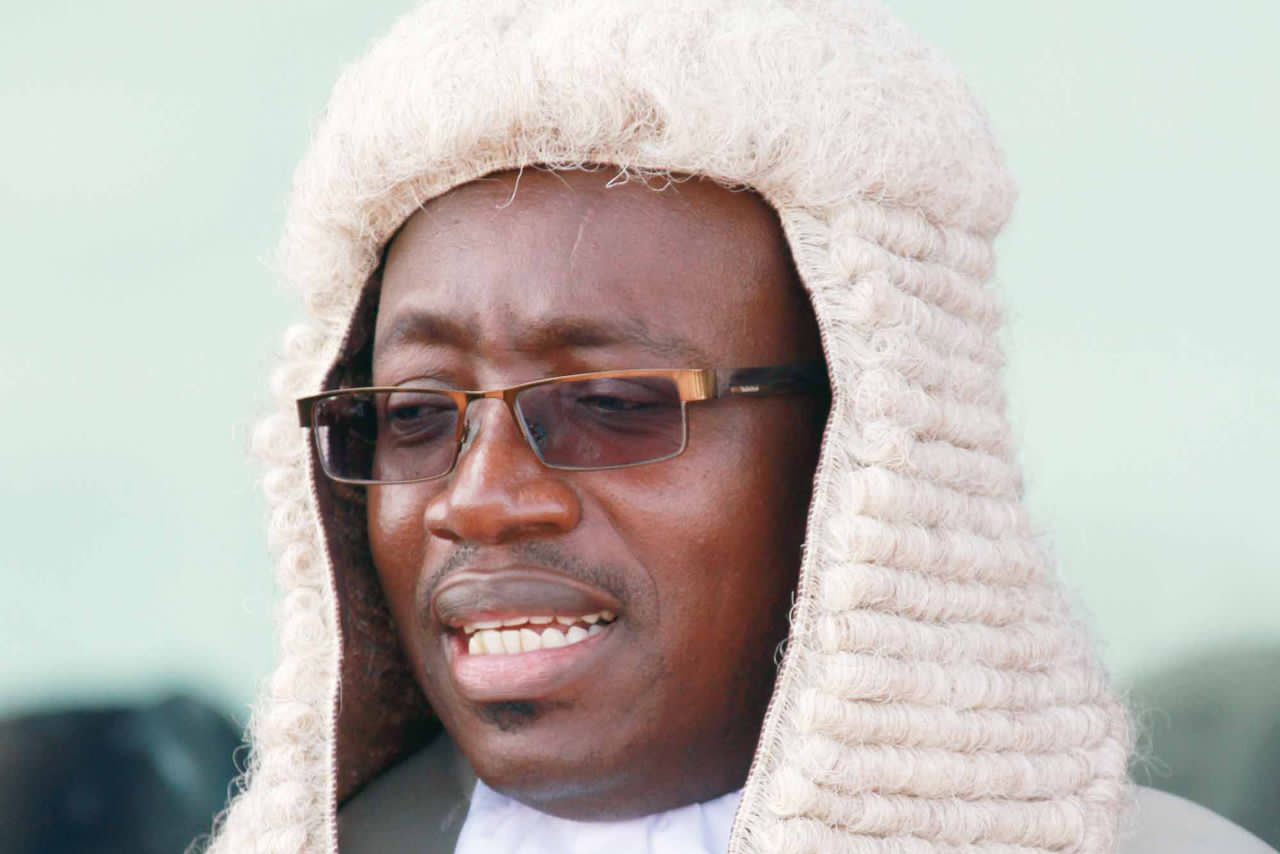 The process of judicial selection varies dramatically across the globe. Even countries with similar legal structures and systems might select judges in different ways. And while most scholars agree that judicial independence is critical to maintaining the rule of law and the effective administration of justice, it is clear that some methods for selecting or appointing judges can result in a judiciary that is — or is perceived to be — beholden to a particular branch of government or to individuals or special interests that may facilitate or influence a judicial appointment.

Justice Oagile Bethuel Key Dingake of the National and Supreme Courts of Papua New Guinea addressed the relationship between judicial independence and judicial selection in delivering the 2019 William Beatty Jurist-in-Residence Lecture at the Southern Illinois University School of Law. He offered as case studies the examples of judicial selection processes in four countries of Africa, noting the advantages and disadvantages of each. His remarks were later published in the Southern Illinois Law Journal (Vol. 44 No. 3). Here, he talks with Judicature International about the unique challenges judicial selection processes can pose to the ideal of judicial independence and what that means for protecting the rule of law.

“The greatest threat to the independence of the judiciary in Africa and globally is the chronic temptation by political power to control judges.” — Justice Dingake

Justice Dingake previously served as Justice of Appeal of the Court of of Appeal of Seychelles and the High Court of Botswana. He also serves as a Judge of the Residual Special Court for Sierra Leone, and a Judge of the High Court of Botswana. He is on the faculty of the Judicial Institute for Africa and holds an LL.M. from the University of London and a Ph.D. from the University of Cape Town. He also is an Honorary Professor of Law at the University of Cape Town and an Adjunct Professor of Law at James Cook University, College of Business, Law and Governance, in Australia; the Co-Chairman of the African Think Tank on HIV/AIDS, Health and Social Justice convened by UNAIDS; and the President of the Africa Regional Judges Forum (ARJF) convened under the auspices of the United Nations Development Programme (UNDP).   — Editors

DINGAKE: A fair, transparent, and merit-based system of selecting judges inspires public confidence. The life blood of any judiciary lies in the confidence the public has in it. A judicial selection process that is seen by the public to be unfair and not based on merit does not command the confidence of the people. Where the judicial selection process is not seen to be fair and not merit-based, the chances that such a process may not result in a judiciary that is independent are very high. This has been the case in many countries where the Executive authority, often in the form of the President, packs the court with its preferred candidates, at the expense of merit.

JUDICATURE: Your article advocates the use of judicial selection commissions or committees (JSCs) in judicial appointments to assure judicial independence. Who should sit on a JSC? How do JSCs select judicial candidates? And what is the process by which candidates proposed by JSCs are confirmed?

DINGAKE: The JSC should be made of men and women of integrity and learning. Ideally, the JSC should include representatives of all the key stakeholders, namely: the legal profession, the judiciary, law faculties at universities, the legislature, and civil society. My preference is that the majority of members should be drawn from the legal fraternity (the profession, law faculties, and the judiciary) and chosen by the stakeholders mentioned above. Decisions of the JSC must be binding on the appointing authority, who may be the President. As far as practically possible, the selection process should be insulated from partisan politics.

Selection of judicial candidates differs from one country to the other. The modern trend is that a public advertisement for vacant posts is usually issued inviting interested and qualified persons to apply or members of the public to nominate candidates. This usually culminates in an interview of short-listed candidates. Thereafter the JSCs make recommendations to the appointing authority for confirmation. It is good practice that there should be criteria that guides the selection process. The criteria should not just be an imported criterion – but must be merit based and broad and suitable for domestic context. It is critical that selections should be based on competence and measured by objective standards.

The following considerations as part of the applicable criteria may be important:

JUDICATURE: You note that many Commonwealth countries — who by virtue of their membership in the Commonwealth presumably adhere to democratic principles — are shifting to the use of JSCs. Why are JSCs gaining in popularity?

DINGAKE: The shift to JSC is a result of increased recognition that an independent judiciary is better secured by a judicial selection process that is fair and transparent — and is not dominated by the executive. However, it is important to note that some JSCs are controlled by the Executive, which more often than not appoints judges based on political considerations rather than merit. There is nothing magical in the name JSC. What is important is that the body appointing judges, whatever name such body may be called, should follow a fair, transparent and merit based process of selecting judges.

JUDICATURE: Some democracies, including the United States, use very different methods of judicial selection. Do you believe JSCs are superior to judicial appointments by the executive branch or judicial elections by the populace? If so, why?

JSCs cannot be superior by virtue of being called as such. Their superiority must be evaluated based on the process of selection (whether it is fair, transparent, and merit based), the extent to which the membership is representative of the society in general, and the quality of the membership. I believe JSCs may be superior only if they are not dominated by the Executive and are merit based. In my view, judicial selection processes that involve judges in campaigning for office risk politicizing the judiciary and compromising the independence, impartiality, and integrity of judges.

JUDICATURE: In analyzing the judicial appointment processes of Botswana, Kenya, South Africa, and Swaziland, do you see common impediments to a fair and impartial judicial selection process?

DINGAKE: Yes. The common impediments have to do with executive dominance — the extent of which varies from one country to another. In Southern Africa, this dominance is more pronounced in Botswana, where almost two-thirds of the members of the JSC are directly appointed by and accountable to the President. The President therefore has the opportunity to influence or even dictate the composition of the judiciary. The Botswana situation seems even more glaring when compared to Kenya, where the JSC is made up of the Chief Justice, who is chosen through the mechanism of a representative JSC, and judges drawn from other courts who are elected by their own peers.

JUDICATURE: What do you see as the biggest threats to judicial independence in Africa and globally? And what can judges do to protect against these threats?

DINGAKE: As I see, the greatest threat to the independence of the judiciary in Africa and globally is the chronic temptation by political power to control judges. In Africa and other parts of the world, judges who often don’t toe the political line of the Executive are demonized, overlooked for promotion, arbitrarily transferred as a form of punishment, and forced to resign. And, often in desperation, criminal charges against them are manufactured to force them to jump ship. This usually happens when an independent judiciary attempts to curb the exercise of arbitrary governmental power by insisting that the executive must follow the constitution.

The other strategy to undermine or destroy judicial independence is subtler. It lies in maintaining a very under-developed legal framework that does not secure the independence of the judiciary; for instance, issues of security of tenure and remuneration of judges are deliberately neglected. This is often accompanied by the deliberate under-resourcing of the judiciary. We have seen in some parts of Africa budget cuts following decisions the executive didn’t approve. At the end of the day no judiciary can be fully independent if it is not financially autonomous.

In other parts of the world such as Latin America, in addition to political interference, some judiciaries are under pressure from organized crime networks.

There is very little that judges can do themselves to protect against these threats other than being loyal to their judicial oath to do justice to all manner of people without fear and favor and hope that the people may see the value of an independent judiciary and do something to secure it.

May We Suggest: A Personal Journey Through the Rule of Law in the South Pacific